ATTN: From the Desk of the Editor-in-chief

So we’re just about wrapping up with week one-ish at the new NYC office. I said -ish because it hasn’t technically been mandatory to work from here yet since it’s technically not actually built. But we’ve had about 80-85% of staff in here each day since Tuesday, enough time for everybody to get a feel for things and get their routine down. Been a big clash of personalities and a major change for a lot of us who are used to working from home in t-shirts and gym shorts and now have to take public transportation to an office where we are all working together in t-shirts and gym shorts.

Let’s see who has handled it the best so far and who has some room to improve.

Some guys get called lazy and fold, others show up first in the office on day 1 ready to grind. To be fair his new apartment doesn’t have internet or TV so I think he literally had no choice but to be here. But point stands. Not sure if he’s even actually working across from me since his blog output is the exact same as before but he’s here and the best ability is availability.

Also the fact he and Nate are in each other’s sight lines doesn’t hurt. Watching the Mexican Standoff at the end of day 1 was just hilarious stuff – Smitty and Nate, both done with work for hours, just casually glancing over every few minutes seeing who would leave first. Honestly believe they may have slept at their desks that night. 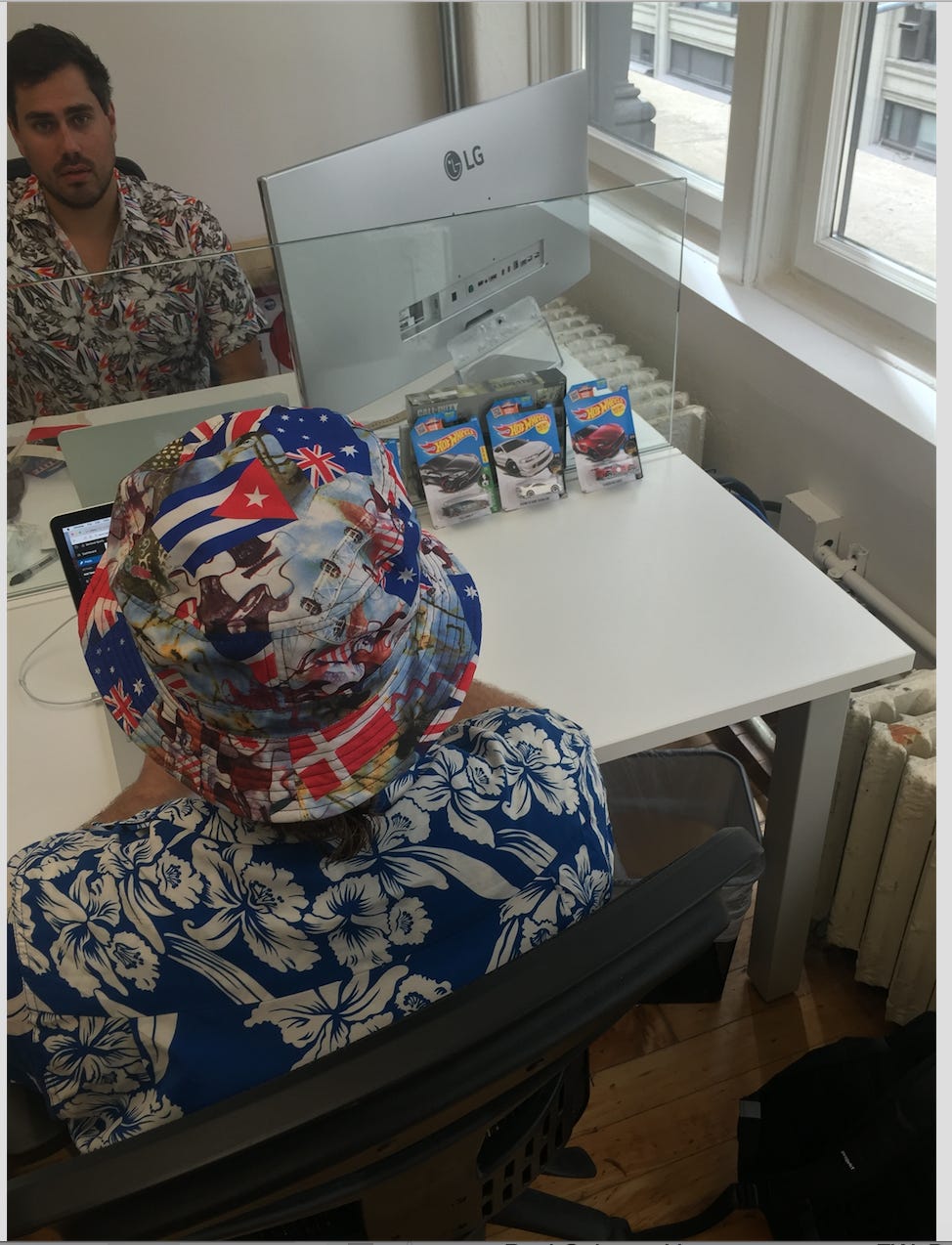 Keeping the office atmosphere nice and breezy with Hawaiian Shirt Fridays. Dropped from #2 to #4 when they failed to properly install a goldfish tank pump and left me to find Larry the Goldfish’s dead/dying body halfway sucked into it, his big lifeless blind eye staring at me, his last thoughts wondering if he was right about the Broncos pick. He died never knowing which is the hardest part.

Went over to say hi on day 1, just my typical nice guy stuff, everyone was so happy they gave me this gigantic monitor.

May be my first time in an office but that’s just a savvy veteran move on my part, always make friends with the IT guys. Also I heard the sales team sold some shit so that should be clutch for holiday bonus season. Love those guys back there. 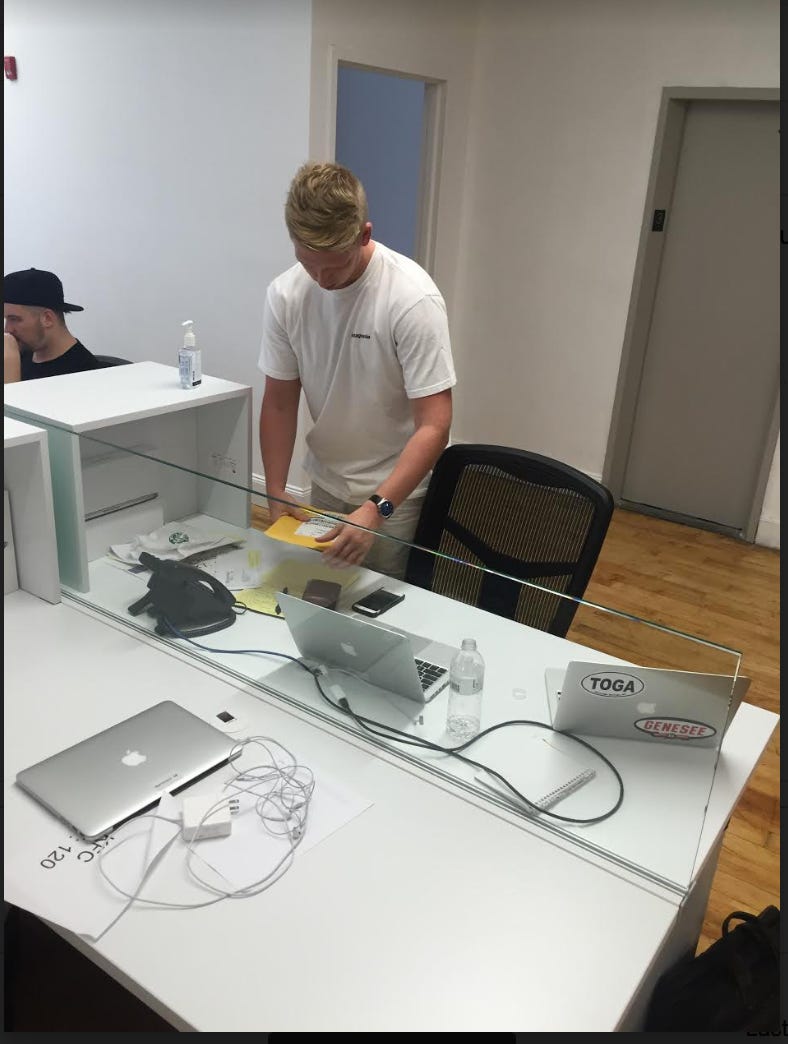 Brought in 2 dozen donuts on Wednesday morning because he sensed tensions were running high and morale was running low. (This was the beginning of day 2 in the office). I ate 7. Also got us a Keurig with no K Cups. Will be huge when we get the actual coffee.

First one in last one out. Instantly produced office content in the first 1 minute 30 seconds by selling out Hank over his Kanye tickets and launching a major controversy. That type of commitment to blogging and content is what you like to see in an office environment so hopefully everyone will follow the example. 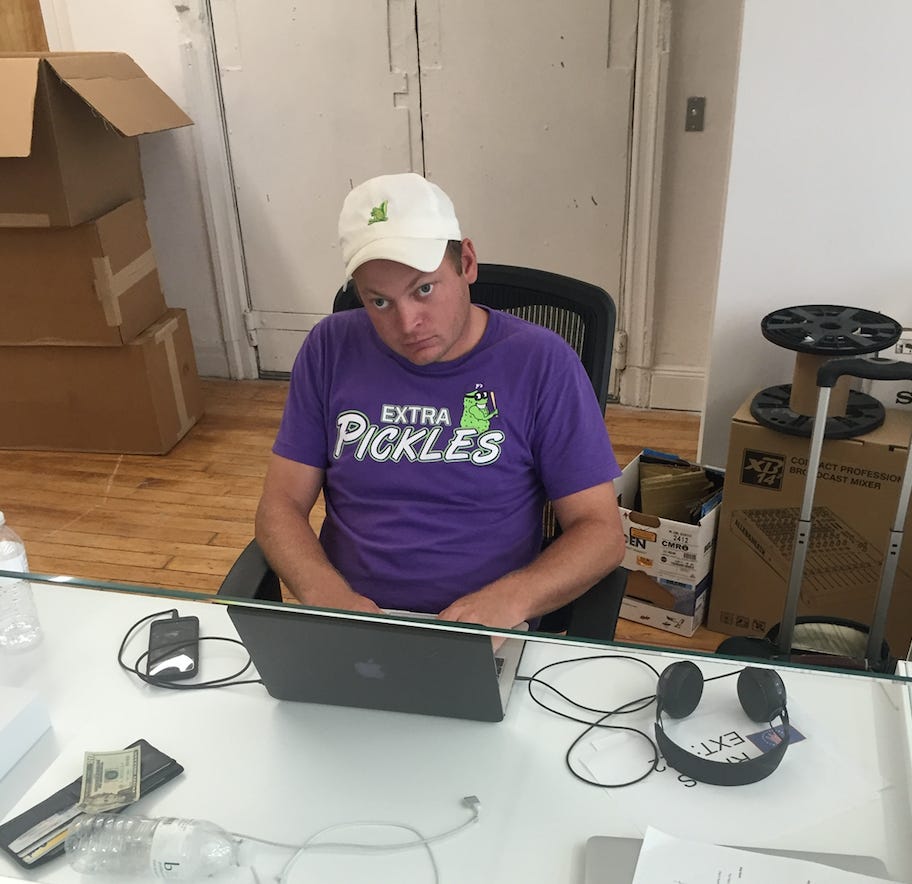 Actually watched Riggs in real-time get bullied out of his seat and sent to a different cube. Like it had the computer set up, name tag on top of it and everything. Got told to leave and just scurried on his way. Then today he got his seat stolen by Chief who just stopped in from Chicago. Guy isn’t even a full time employee. Bitched Riggs right over to another desk. Unbelievable. That’s his 3rd different seat in that picture.

Gotta know when you’re taking a blogger to lunch you don’t do Sweetgreen salads. This ain’t big time corporate power world anymore, your new employees don’t eat greens. Thank you for paying though. 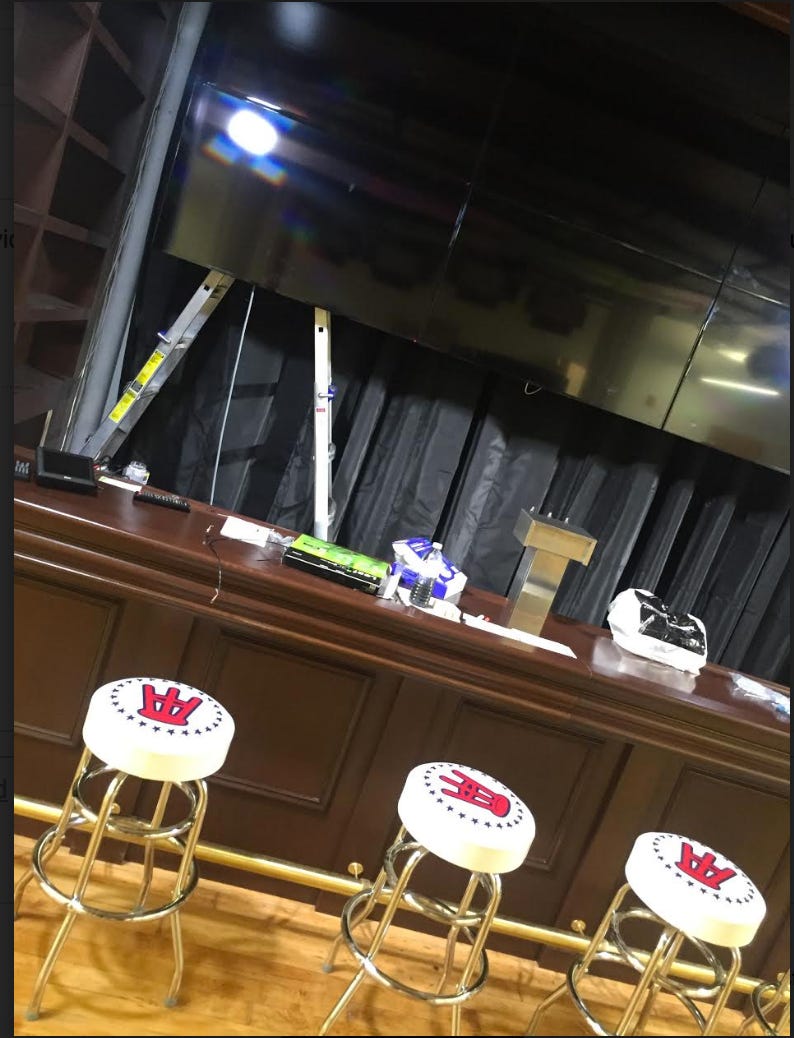 It’s 3 PM Friday, ideal time to grab a drink and finish up blogging. Having the bar be one of the last things you build is a major fuck up. Also just being weeks behind in general and making us blog in an actual construction zone is too. 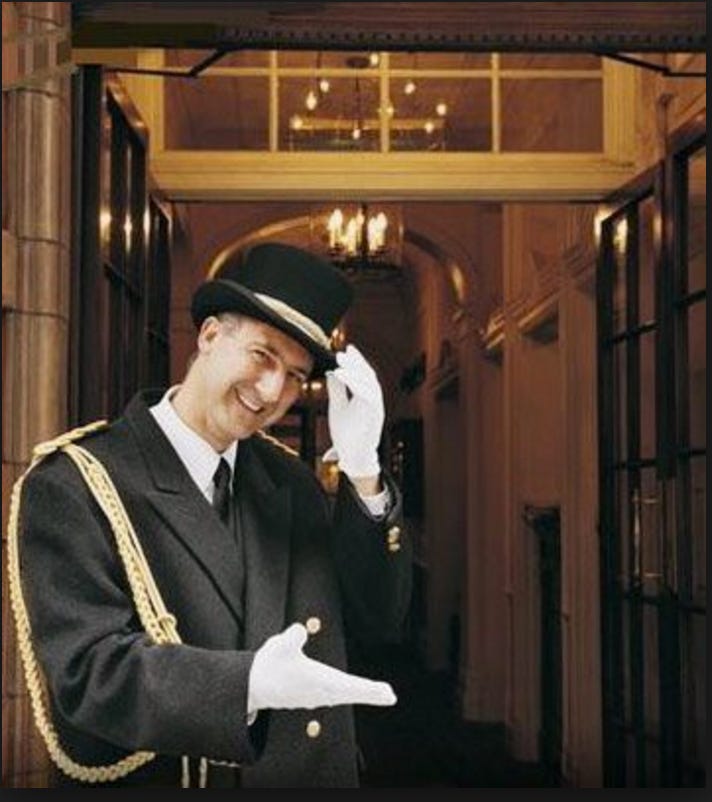 Guy just barged in here advertising his viral (10K views) YouTube video. Just yelling out his screen name and video links like a Town Crier. 3rd time that’s happened. Check an ID for me one time my man. This is how people get shot. 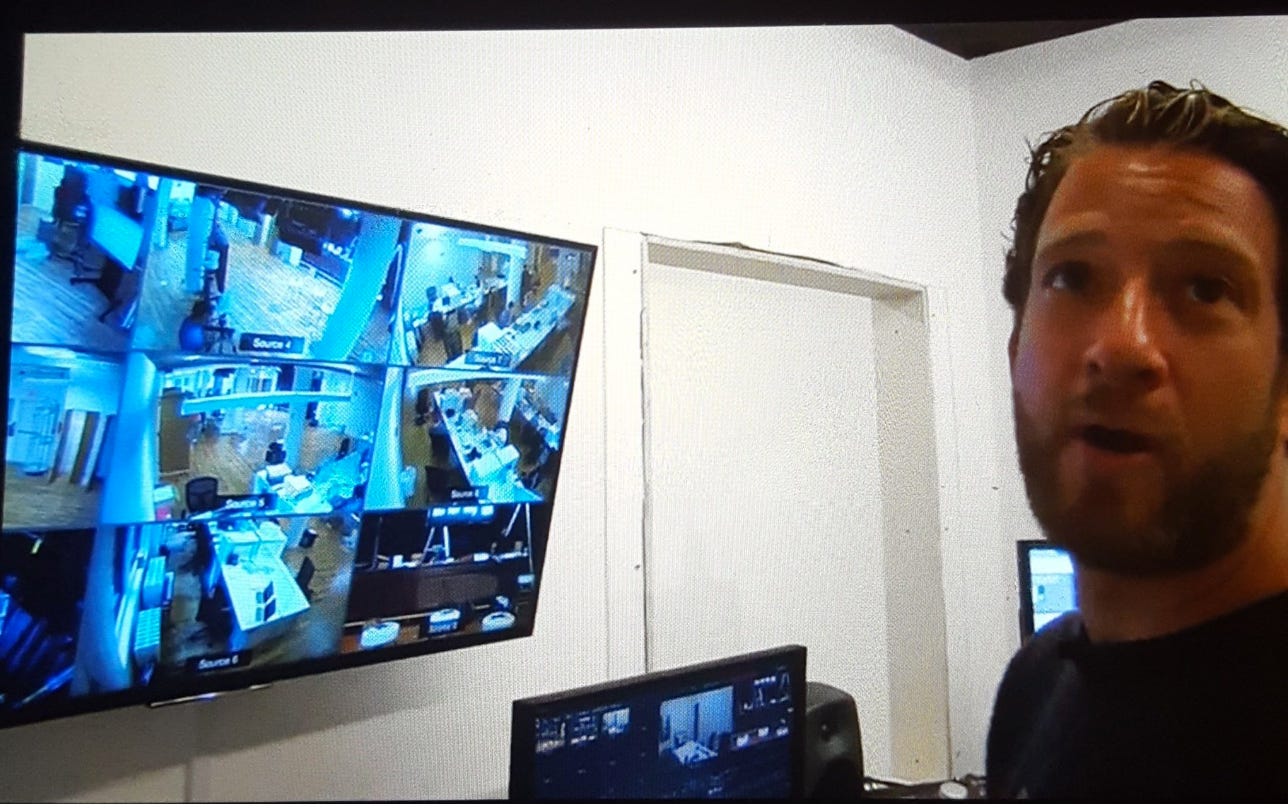 Set tone poorly and escalated tensions among the staff. Didn’t promote an inclusive atmosphere after labeling some workers a “Cool Club” inferring that other workers weren’t cool. Not the type of work environment anyone should be subjected to and definitely not the right foot to start off on. Clear effort to assert authority in an office where he’s not the boss anymore, sad.

Makes him seem like a nice guy probably reading it now. But not even smirking in real-time is kind of a psycho move. 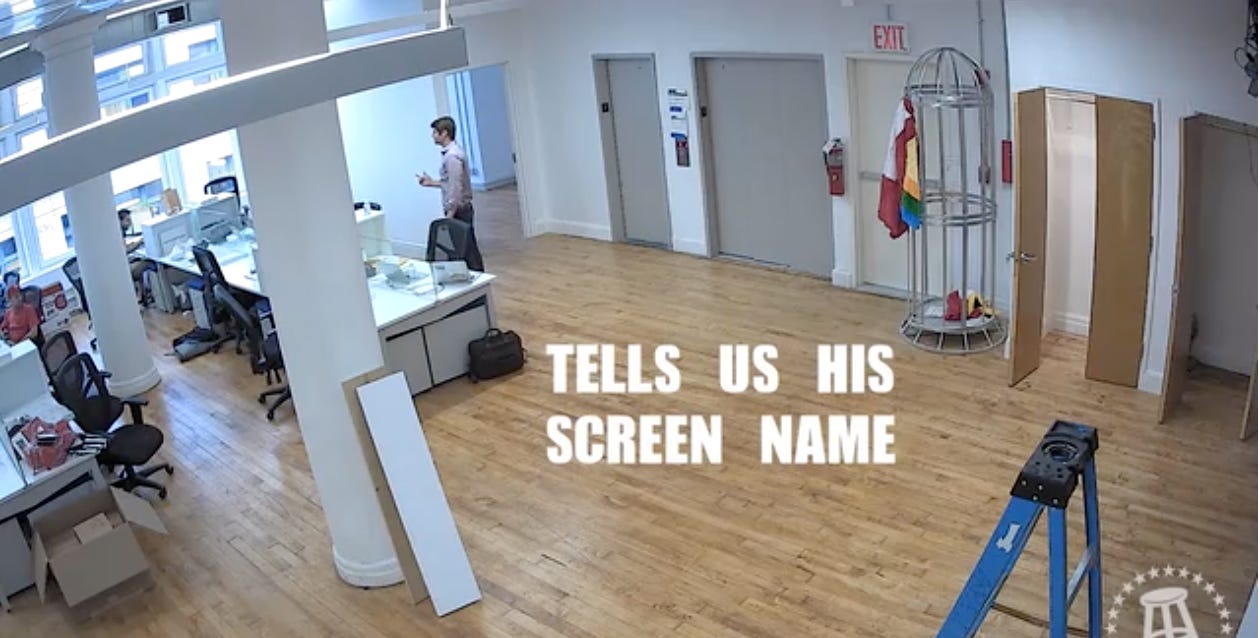 Not sure if he’s coming back to shoot us or not. Could be a major factor in what list he goes on.