FSU - 30+ Charleston Southern football players are under investigation and may not play against Florida State this Saturday, the FSView has learned.

Running back Ben Robinson posted a note to Facebook on Thursday explaining that “30+ players on my team including me have been suspended for using book money to buy other things in the book store like pencils, binders, and electronics, out of our school bookstore.”

This is why no matter how many awful stories about the NCAA come along, at the end of the day, we all know we still need them. Because they may be corrupt, they may have completely nonsensical arbitrary rules, they may have no idea what they’re doing at any point in time ever – but there’s always going to be another Charleston Southern out there. A team full of lawless thugs and hooligans that have respect for law and order. A team that would use leftover book money at the school bookstore to buy pencils and binders. 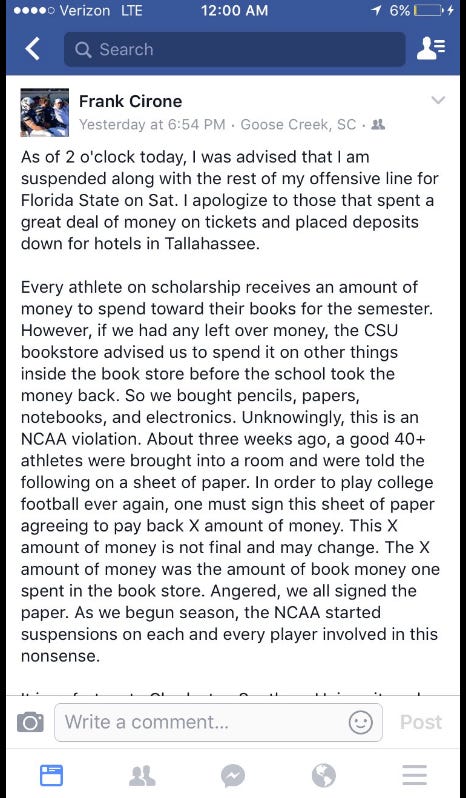 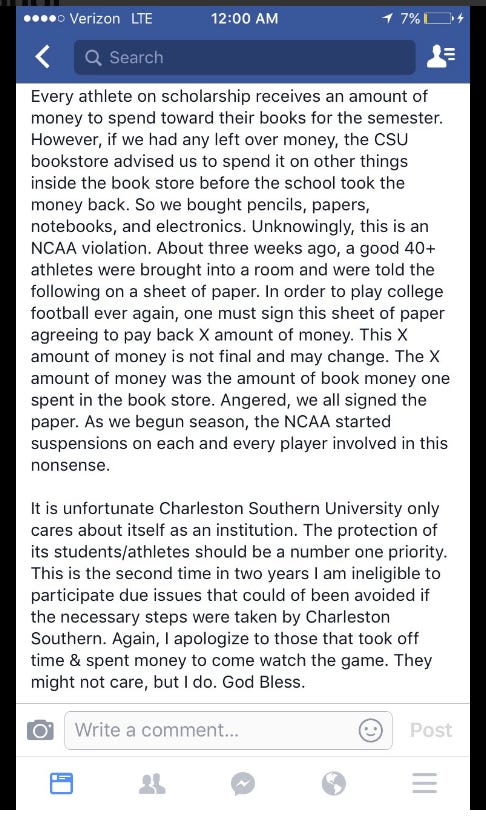 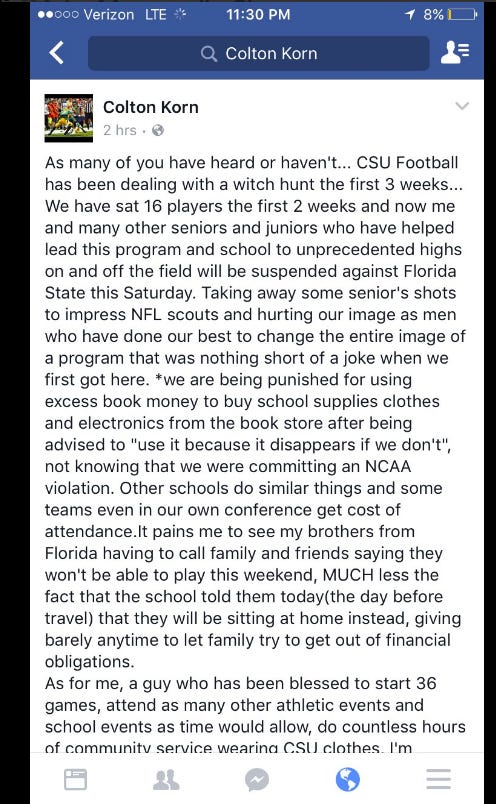 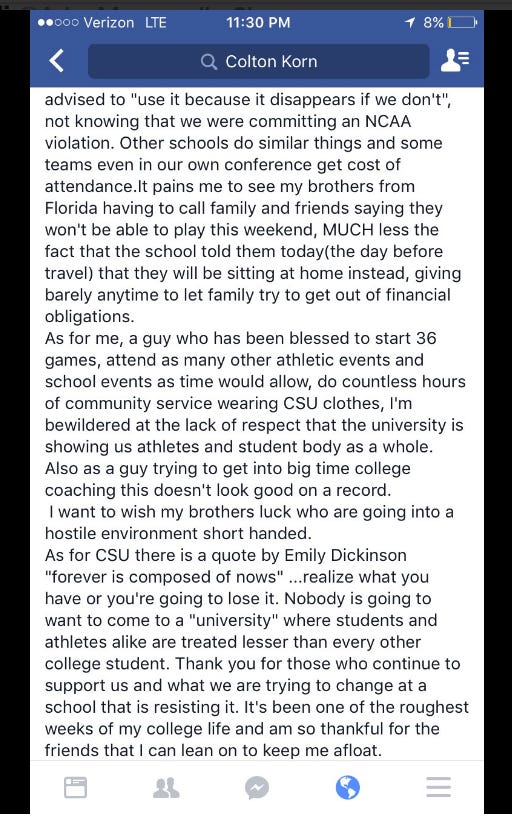 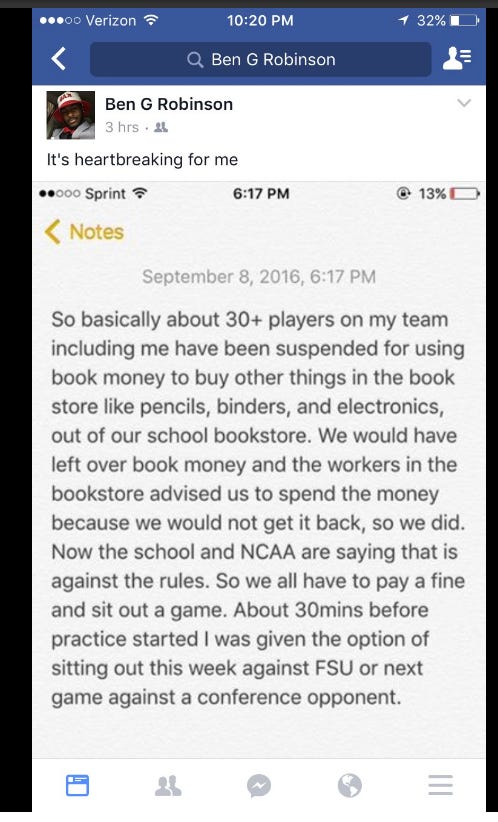 I mean what’s the other alternative besides just calling the police and sending in SWAT teams? Better to have a governing body that can use calm, rational common sense to decide the fates of college athletes after they are finished harvesting them as free labor to make billions of dollars. Some level headed people that can weigh all the possible rule enforcements, letting some things go of course, but also knowing when to crack down and bring the hammer down to send a message – like when an 18 year old has 2 dollars and 35 cents left on his bookstore account after buying textbooks and uses that extra cash to buy a #2 pencil and a sharpener. You let something like that go what’s next? You let one football player buy a Five Star binder and a protractor you have to let all of them buy Five Star binders and protractors? Classic slippery slope argument.