IndieWire - In 2001, the Broken Lizard comedy troupe wrote and starred in the comedy “Super Troopers” about five goofball Vermont state troopers who are forced to save their jobs by actually solving a crime instead of pulling pranks all day. The film was a moderate box office success and was a hit on home video, and in the past 15 years, it has become a cult classic. Now, the long-awaited sequel has started filming, confirmed by the Broken Lizard Facebook page with the cheeky comment: “Action, chickenf**kers: back on set and we just the first new scene of #SuperTroopers2.”

The sequel is the result of a widely successful crowdfunding campaign. On March 24th, 2015, Broken Lizard announced that they had studio permission, but were required to acquire production funding themselves. They launched an Indiegogo campaign with an initial goal of $2 million. They reached it within 26 hours, and by the end of the campaign, had totaled $4.4 million for the film. 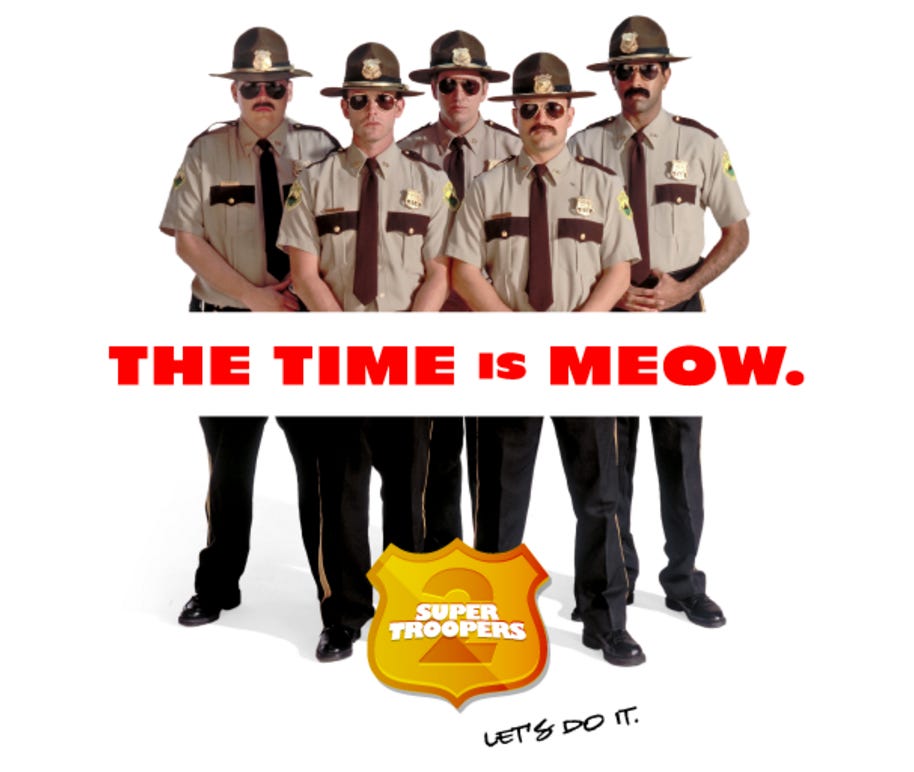 15 years later, a crowdfunding campaign, and lots of maple syrup later, it’s finally happening. Every time I blog about comedy sequels I always talk about how they all suck, how we have to just be hopeful, how we’ve all been spurned time and time again, etc etc etc. This movie needs no such warning. This is Broken Lizard. These guys are so fucking funny and this is 15 years of ideas finally coming to fruition.

I don’t want to set expectations too high, but I’m expecting a modern day masterpiece. Everyone is back

And pretty much any movie with Farva in it is going to be a home run.

So hold onto your britches, chicken fuckers. If this movie is a hit, we can expect more movies out of them. Pot Fest, anyone?