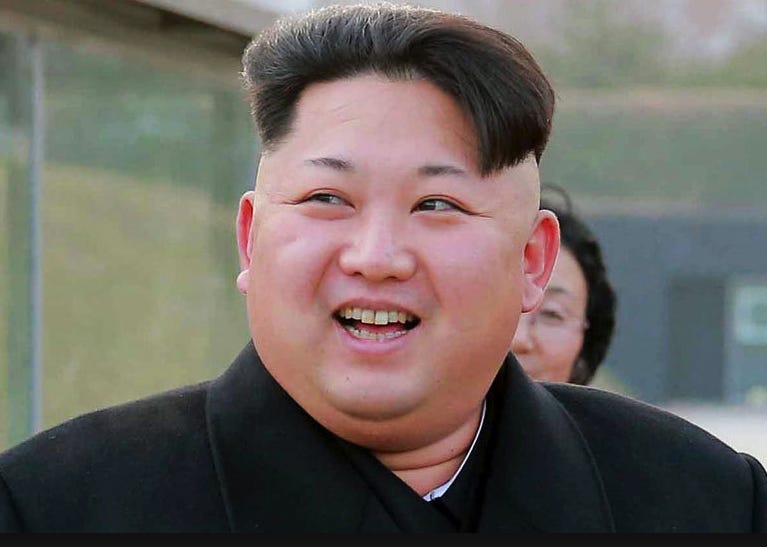 North Korea has forbidden people from making sarcastic comments about Kim Jong-un or his totalitarian regime in their everyday conversations.

Even indirect criticism of the authoritarian government has been banned, Asian media reported.

Residents were warned against criticising the state in a series of mass meetings held by functionaries across the country.

I’m on the record as saying that I think it’s a little harsh to execute your Minister of Education with anti-aircraft guns. I also dont agree with enslaving a majority of your country’s citizens by making them work in camps with medieval conditions. I’m a straight shooter that way. But just because there’s some aspects of Kim Jong-un that are obviously fucked up, doesn’t mean you can throw out all his leadership principles.

One aspect of leadership where I do agree with Kim Jong-un is his recent brilliant move of banning of sarcasm. Hate sarcasm. Loathe it. When you are running a dictatorship, you can’t allow even an inkling of disrespect. Kim Jong-un took that stand, and it was the right one.

When you’re the dictator, it’s hard to tell if people in the work camps really believe “you are the best thing that ever happened to me” when they are saying it without a sarcasm ban in place. But now when they tell Jong-un he will absolutely know that they are telling the truth because sarcasm is banned. Dictating truthfulness is brilliant.

If you start allowing people in your inner circle to show even the slightest amounts of disrespect, you end up not being one of the cool kids and that’s a no-go. Can’t do it. You have to ban sarcasm.