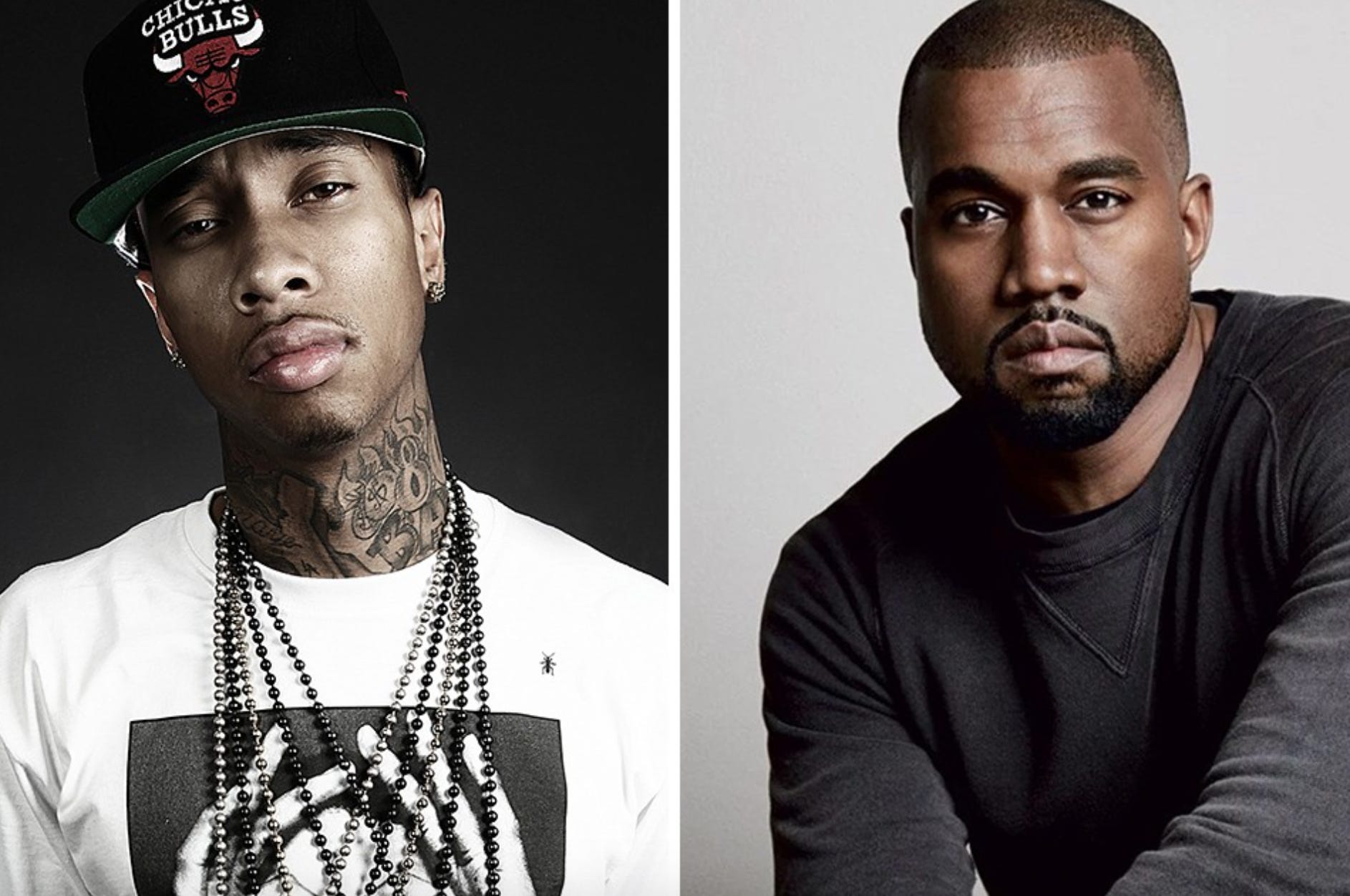 US Weekly- Keeping it in the family. Kanye West announced on Wednesday, September 7, that he’s signed his sister-in-law Kylie Jenner’s boyfriend, Tyga, to his G.O.O.D. record label. The rapper revealed the news at a pop-up show at NYC’s Highline Ballroom following his Yeezy Season 4 fashion show, telling attendees that he’d also signed Desiigner to his label. Fans and other commenters quickly chimed in on Twitter about the news, with some pointing out that the “Rack City” rapper has his girlfriend to thank for this new career opportunity, but Tyga and West do have a history together — the “Famous” rapper executive produced Tyga’s 2015 release The Gold Album: 18th Dynasty.

Hilarious. Tyga SUCKS. I couldn’t name one Tyga song and Kanye wouldn’t be able to name one Tyga song if Tyga wasn’t fucking his sister-in-law. Kayne still might not be able to name any Tyga songs and I’m pretty sure Kanye and Tyga have done songs together. This is the most blatant example of nepotism that’s ever happened. Even Jim Belushi and Jaden Smith think this nepotism is a little too much. I mean the fact that the greatest artist of our generation signed his wife’s sister’s boyfriend who is also the father of his wife’s brother’s girlfriend’s baby is sad but also absolutely hilarious. Anybody who even tries to claim this is anything but nepotism is a sheep and a moron. It’s also very on brand for the Kardashian Klan. I would bet my live that Kris Jenner stirred this pot. She stirred it up real nice. She sat Kanye down in her Illuminati lair and told Kanye he had to sign Tyga or she’d murder him. Now if Tyga becomes successful, it’s big news. Or if Kanye drops Tyga at some point, it’s big news. Kris Jenner doing Kris Jenner things.