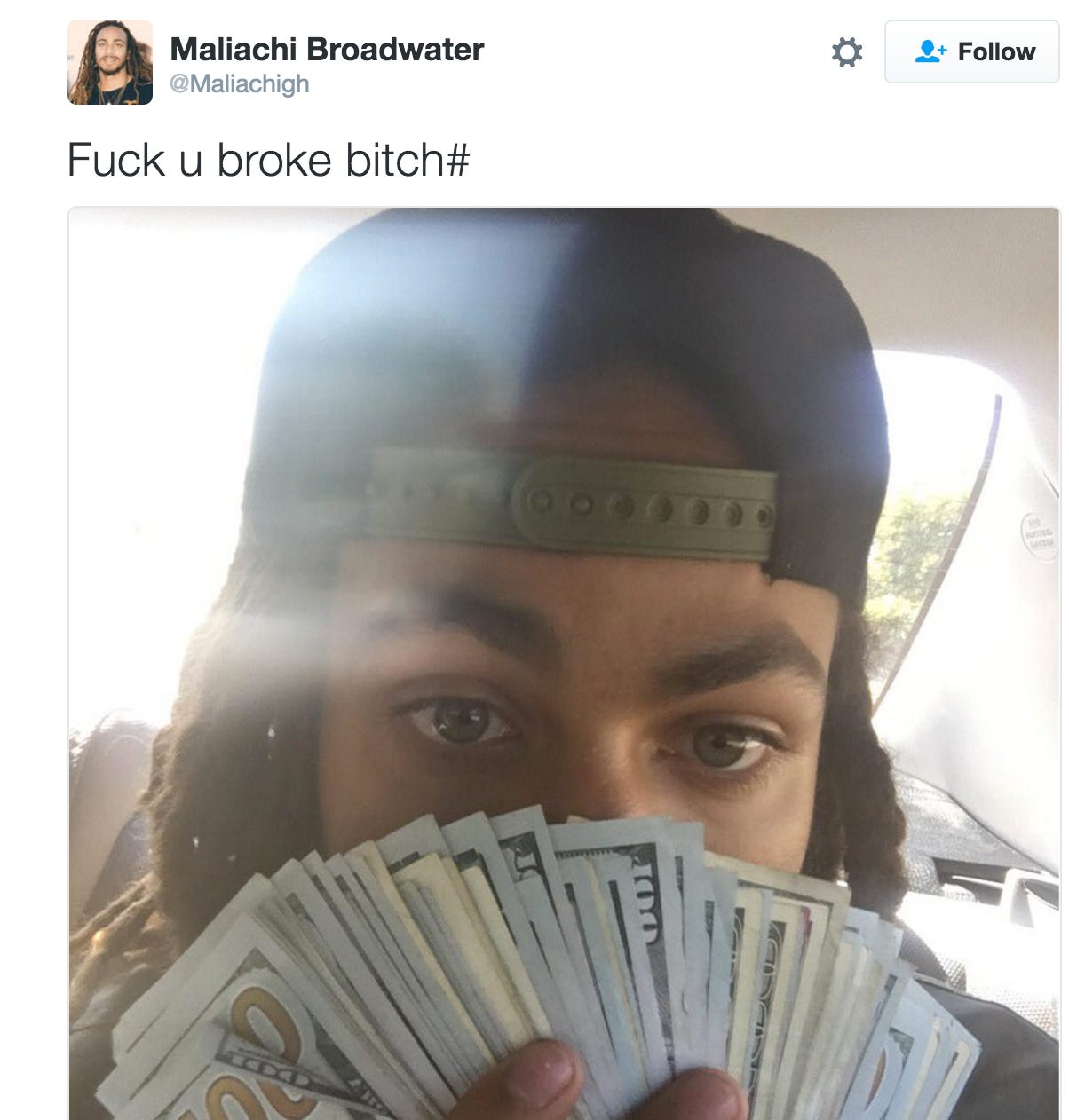 When I was little I would get like 10 dollars from my Nana for my birthday. I felt like the King Dingaling when I was flashing that 10 dollar bill. I would show up in the toy section at Walmart and flat out stunt on all the other kids there.

I would see the other little hater kids eyeing a Macho Man Randy Savage toy but know that they couldn’t afford it. I could afford that toy and the proof was out for the world to see. My mom would tell me to put my money away because I’d be a target for a thief. That lesson stuck with me throughout my life. When I get paid now, I don’t withdraw all the money just to take a selfie with it. Don’t get me wrong, I want to, but I don’t actually do it. It’s called having self-control.

Longtime stoolie Maliachigh never got that lesson. Maliachigh is a self-described stylist, rapper, and model who loves taking pictures with bae (money in this case is bae).

Maliachigh was having a good time with his money and letting everybody know it. Poor guy was watching the retweets pile in and dropped his situational awareness and ended up robbed at gunpoint.

It just goes to show that sometimes when you post multiple pictures of yourself with thousands of dollars in cash on social media you might end up getting robbed at gunpoint in Los Angeles just a few hours later. I learned that lesson in the toy aisle at Walmart when I was 7; Maliachigh learned it after posting a selfie on twitter with thousands of dollars in cash to his ear like a phone and getting robbed at gunpoint. Thanks, Mom.