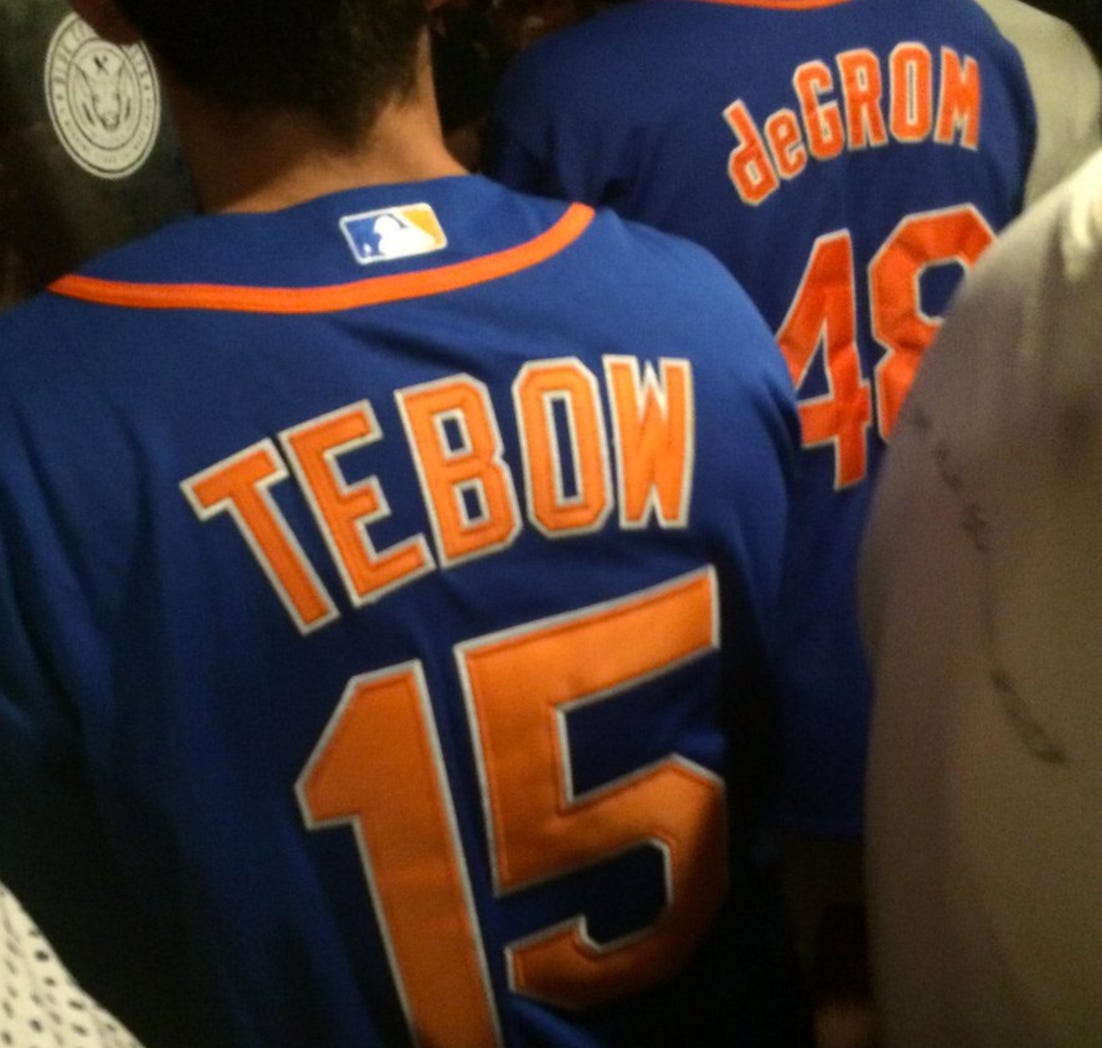 PUT IT IN THE BOOKS! Plan the parade! The Mets have been operating on pure luck for about a month. I was afraid that luck would eventually run out. But the good news is that pure luck has now turned into Divine Intervention. Tim Tebow has arrived. Not on the big league club.  But as a part of the organization. Like when Gandalf The White shows up at the Battle of the Peak:

For years and years…decades even, Mets fans have prayed and prayed. And prayed. And prayed. Nothin. We’ve gotten nothing in return. Even the good times are marred by misery. Make it to the World Series in 2000, lose to the goddam Yankees. Finally put together a BOMBSQUAD team in the Minaya Era, you blow it with the worst collapses in baseball history. Make it back to the World Series last year and literally hand the Royals the World Series trophy. Which brings us to this year. A year that was supposed to be nothing but dominant pitching from 5 aces and a score of home runs was, up until now, looking like a year marred with injury and regression and typical Met heartache.

But in the past month something magical started to happen with no name scrubs playing their balls off and every team ahead of them losing and there was really no explanation for it. No baseball mind can rationalize how this team was playing the best baseball of the year with the slop they were trotting out. Nobody can understand how these replacement players were filling in and making this run. And the answer, my friends, comes in the form of 3 little word that this fanbase has been saying since 1973. Three words we all say, but do we really mean it? Do we truly, genuinely mean it? Well today we do.

The Mets have been looking at Tebow in his tryouts and we have been rewarded. Those who exhibit faith in desperate times are rewarded. Like Indiana Jones walking across the invisible bridge. The Mets now have Angels In The Arizona Fall League and suddenly it all makes sense. Baseball Gods made things the darkest before the morning light. We were hit with a test of fate that many of us, myself first and foremost, failed. But I’m here to repent and ask for forgiveness. I believe. have seen the light and it comes in the form of a shitty yolked up virgin quarterback that cant judge a fly ball. Tim Tebow has found his calling. He’s pulling the Reverse Jordan and the Dynasty begins now.

Tim Tebow and the New York Mets are going to win the World Series because it is God’s will.