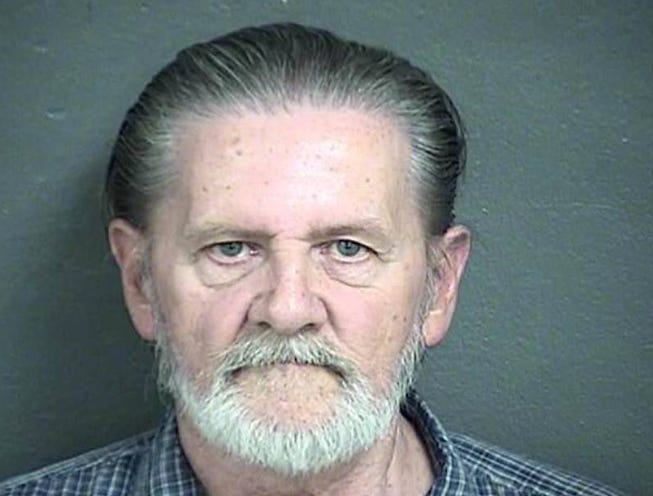 KC - A 70-year-old man charged with robbing a Kansas City, Kan., bank said he did it because he preferred a jail cell over living with his wife. Lawrence John Ripple is charged in federal court with the Friday afternoon robbery of the Bank of Labor at 756 Minnesota Ave.

According to court documents, Ripple handed a teller a note that read, “I have a gun, give me money.” The teller complied.

But instead of fleeing, Ripple took the money and then took a seat in the bank lobby, according to the documents. When a bank security guard approached him, Ripple told the guard, “I’m the guy you’re looking for.”

When he was questioned later by investigators, Ripple told him that he and his wife had argued and he “no longer wanted to be in that situation,” according to the documents. “Ripple wrote out his demand note in front of his wife … and told her he’d rather be in jail than at home,” an FBI agent wrote in the affidavit filed in support of the robbery charge.

What a boss. Everything you here about marriage is how it can be so soul suckingly terrible, but I always think eh, it can’t be thattt bad. I mean shit, I get pretty stoked when a girl talks to me, can’t even imagine the feeling of one wanting to like, be around me for multiple days at a time. But then I read stories like this and am reminded, oh yeah, everyone who is married hates being married. I guess not everyone, but I’ve read enough Barstoolsports.com and seen enough Will Ferrell movies to know it’s all Home Depot, maybe a little Bed Bath and Beyond once you make that vow to have one vagina for the rest of your life. You want to go drinking? Nope, need to go apple picking in the morning. Want to have a #SAFTB? Nope, need to go to the inlaws for dinner so they can berate you about every life choice you’ve made. And it seems ol’ Larry Ripple up there had just about enough of it, and decided jail>nagging wife. A couple hot meals a day, don’t have to share covers with anyone, no waking up in the middle of the night because they have to use the bathroom, no worrying about paying bills on time. Just good ol’ relaxing jail. And at 70 years old, it’s basically a retirement home if he gets into the right one. Read some books out in the yard during the day, go to bed around 8pm every night after Wheel of Fortune, jail very well might be the best thing to ever happen to him.