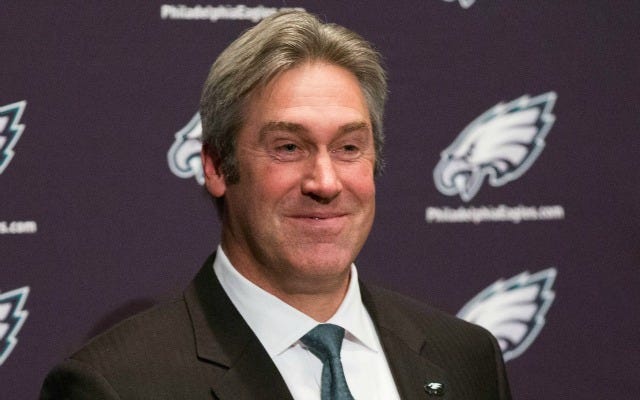 We are just mere days away from the start of a completely new era for our beloved Eagles. A LOT has changed, even in the past few days (Howie, you beautiful son of a bitch), so deal with me trying to sort out the nonsense in my mind into writing. We start with the offense.

I was in the shower Saturday when the news broke that Bradford was going to get traded to Minnesota for a 1st round pick. I quickly was out the shower, butt-ass naked, trying to track down everything that was happening.

For me, the move was too good to pass up. Receiving a first and a fourth round pick (which could be a third or second round pick if Sammy Sleeves gets his team to the promise land) was something I don’t think anyone, including Howie Roseman, thought was possible in return for Bradford. Of course, when Bridgewater went down and the Vikings needed a QB who could step right in and ball at the same level as Bridgewater, the price went up. It ended up being a no brainer deal for the Eagles, since gathering those picks basically mean we gave up just a third and fourth rounder to move up and select Carson Wentz. Well done, Howie.

As for Wentz himself, it is going to be a wait and see period. He is down right athletic and seems to have the pocket awareness of a veteran (I feel like the Eagles QBs’ biggest problems are always their pocket presence) but we all will need to remember that this year is not our super bowl year. I know, I know, It’s impossible to think that in Philly, but it’s the truth. There are going to be aches and pains along the way this year and the most important thing is to see number 11 look a hell of alot better by week 17 than he does this Sunday against the Browns. Simple as that.

LOL at those 4 hours on Sunday when Chase Daniel was our starting QB. poor guy.

Talk about question marks. Outside of the 33 year Darren Sproles, who seems like he will have more of a role in the offense this year, The running back position is filled with questions. Can Ryan Matthews finally have a year where he can stay healthy? Why the hell do we still employ Kenjon Barner(He is 27!!!)? Who the hell is Wendel Smallwood and why is he always hurt? The good news for the Eagles is that they can rotate these guys, use each one at what they are good at and then make an informed decision next year on who their running back of the future is.

If you take away Lane Johnson from the line (which will happen one day when his appeals process is up…) This line is probably not the ideal line you would like your franchise QB to get behind for 16 weeks. However, this is the hand we’re dealt. New additions like Brandon Brooks and Isaac Seumalo should help a bit, but look for this to be a major headache again this year.

I love our Tight ends. If Zach Ertz can realize that his hands are for catching, they should become a CRUCIAL part of this team now with the west coast offense is back into play in Philly. Ertz should have a breakout year (HAHAHAHAHAHAHAHHAHA IT’S THE THIRD STRAIGHT YEAR FOR THAT) and as Celek may not have the ability of what he used to, Trey Burton should see more time and he is going to be a bonafide stud.

^ the 2016 Eagles wideouts. Sure, Jordan Matthews is good, but he isn’t going to change the game with one play. Josh Huff was SO close to being cut this summer. Nelson Agholor has a VERY good chance of being traded by the time this blog is posted, that’s how terrible he was this summer.

Then we have Dorial Green-Beckham and you know what? He’s fucking great. I don’t care if he knows one play and that’s a fade in the red zone. How many times have you watched a Cowboys game or a Lions game and you watch the likes of Dez or Calvin Johnson go up and just get the ball for a huge touchdown late? Nothing pretty, nothing fancy, just a fade to a beast. That is what we have DGB at the very least. I think IF he gets his head screwed on straight, we are setting up for a very good WR, who could be our number 1 by next year.

So there is the offense. Bland? Oh yeah. Possible shocking in what they might be able to do? Maybe, just maybe.

Defense and overall outlook coming soon. Till then, feel free to tell me I have no idea what I’m talking about @BarstoolBrosh.