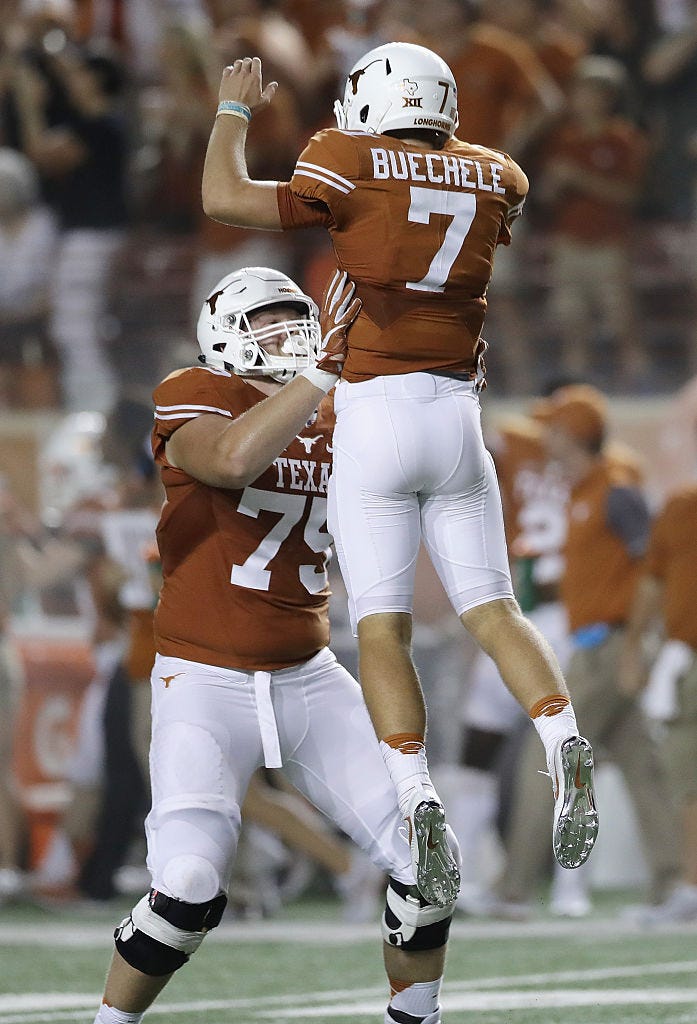 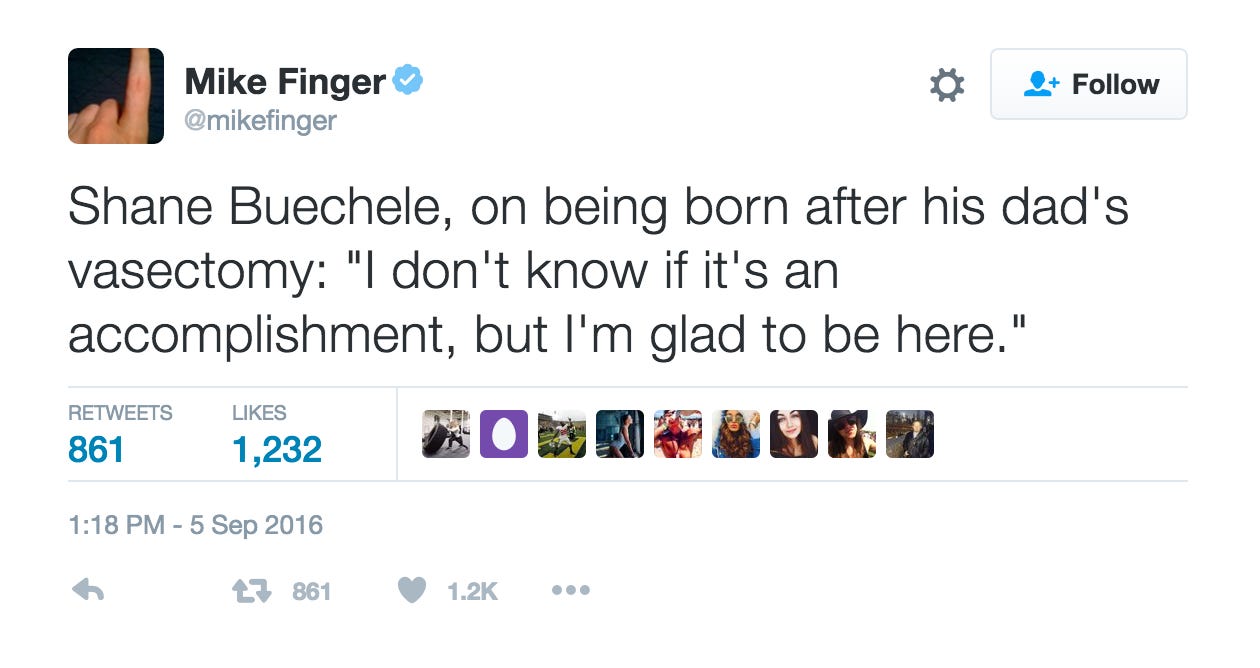 Kind of glossed-over in the big Texas win, and the amazing game winner from Tyrone Swoopes, was the fact that this kid Shane Buechele tore it up. True freshman playing in the biggest game of his life, throwing for 280 and accounting for 3 TDs, all against Notre Dame, the #10 team in the country.

But that wasn’t even the most impressive achievement of his life.

…Those Shane surprises cannot compare with Nancy Buechele’s spring-of-1997 realization that she was pregnant with him — despite Steve’s having had a vasectomy.

For the close-knit Buechele family, it’s made Shane’s Jan. 8, 1998, birth and journey from ultra-hyper kid to calm Arlington Lamar star to early rave reviews in Austin all the more wondrous.

“He’s the oops baby who turned out to be the prodigy,” laughs Jordan Buechele, 21, the older of Shane’s two sisters.[Dallas News]

Also, second biggest achievement, having the balls to go UT when his whole family rolls with Boomer. 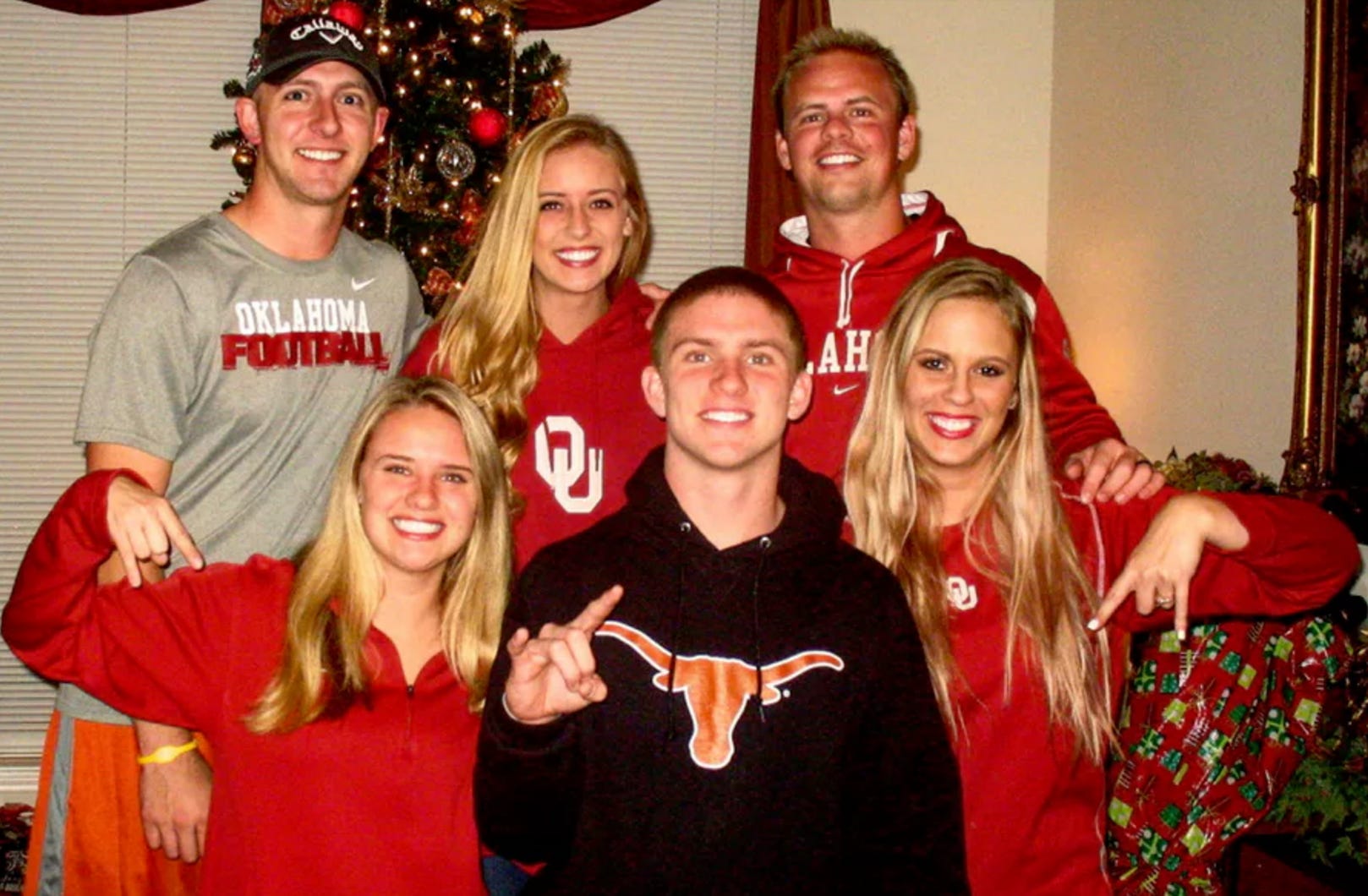 And the jet ski throw is probably on the top 20 somewhere.