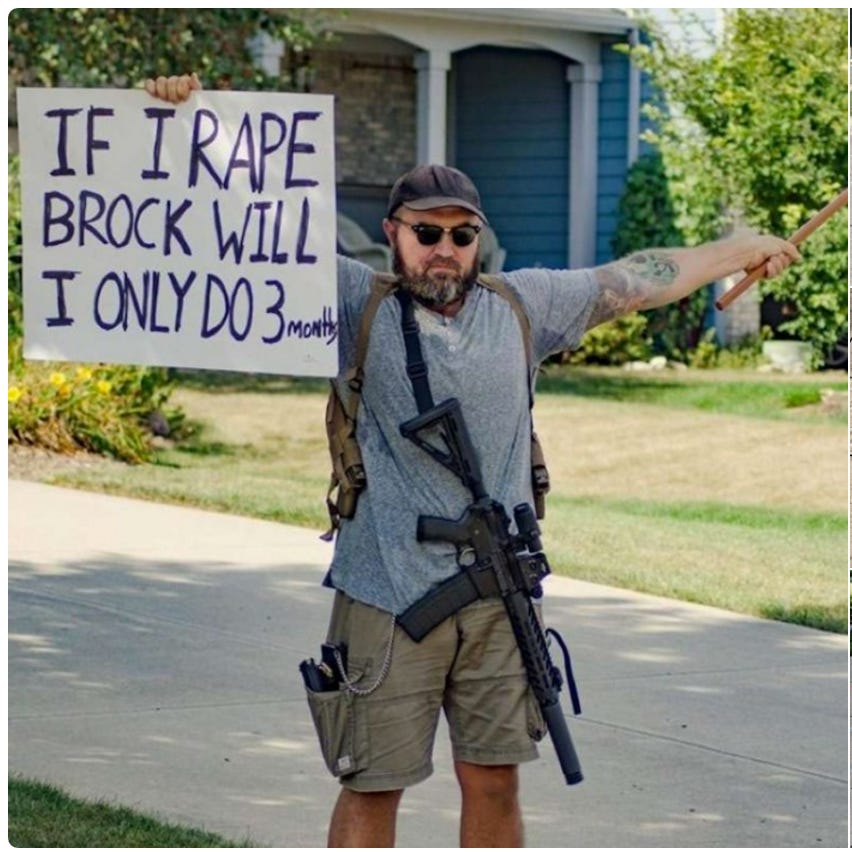 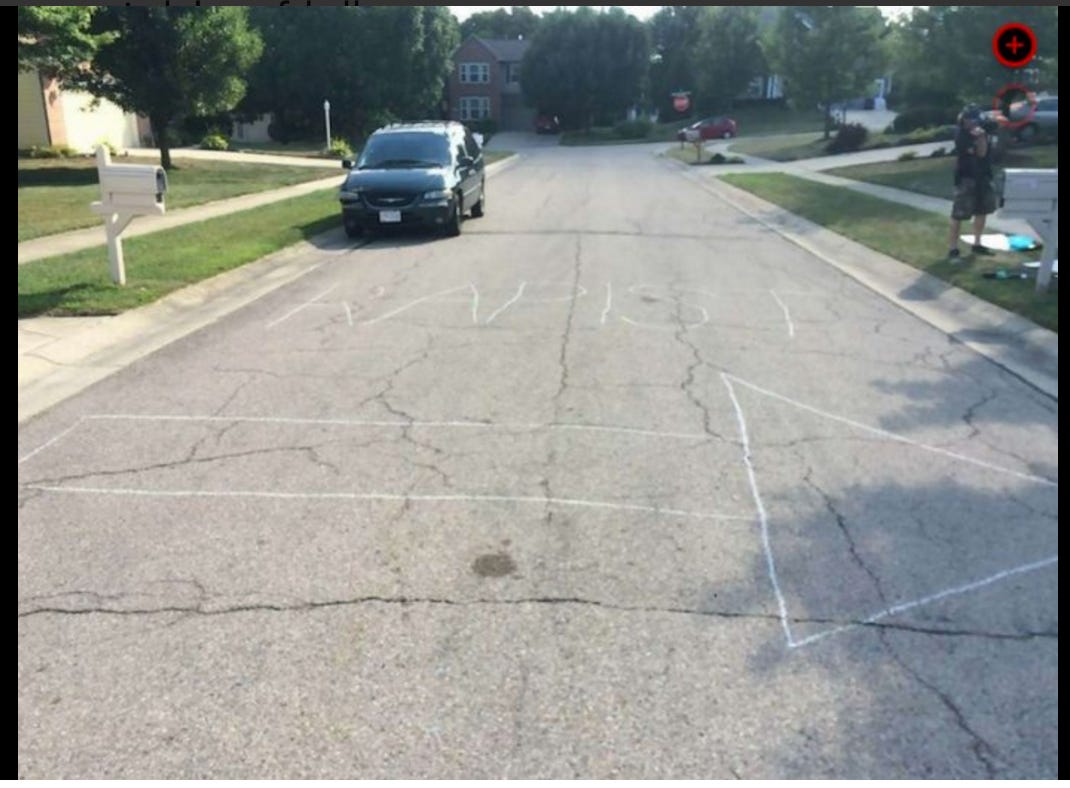 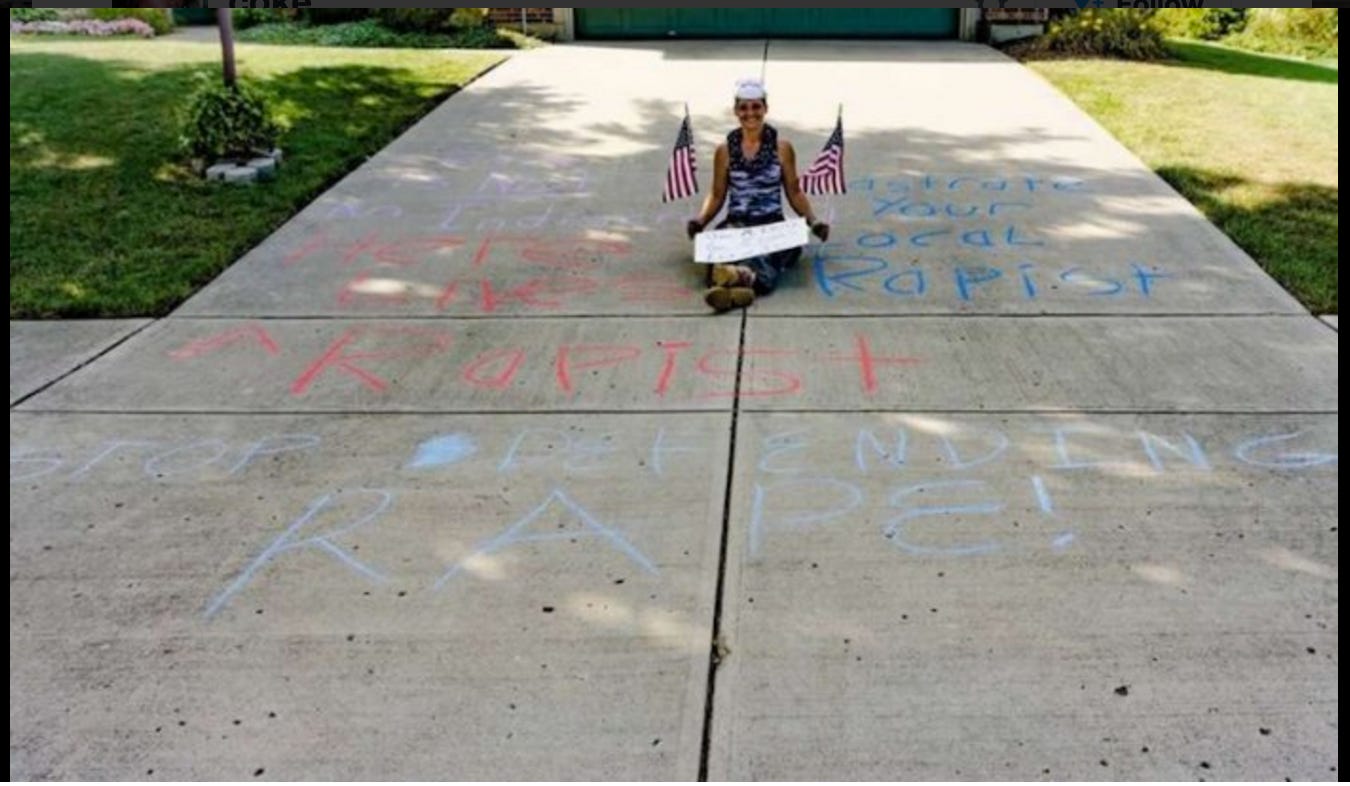 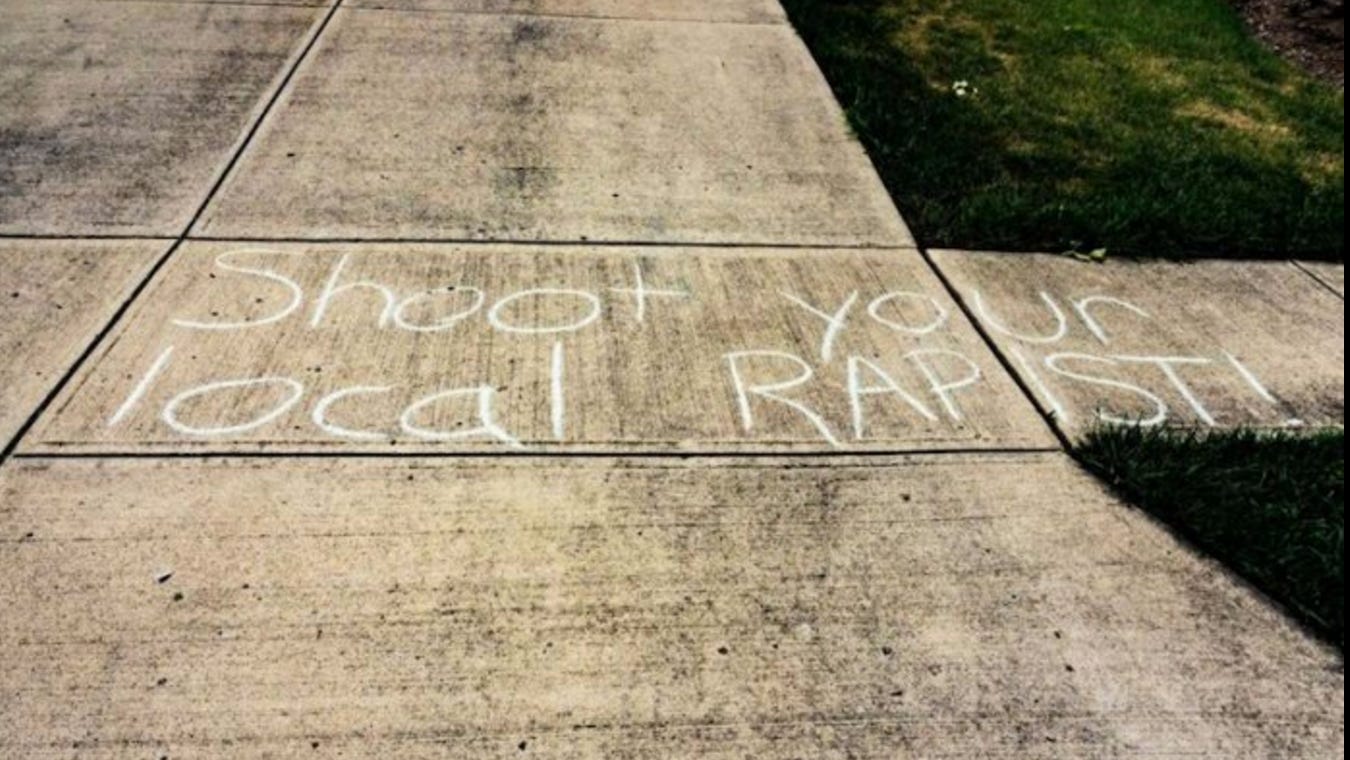 Business Insider – Protesters waited for Brock Turner, the former Stanford student and star swimmer convicted of sexual assault of an unconscious woman, at his home after he was released from jail Friday morning.

The protesters stood in front of his parent’s Sugarcreek Township, Ohio home carrying signs that read “Castrate rapists,” and, “If I rape Brock will I only do 3 months?” Buzzfeed News reported.

Some protesters were armed, and menacing threats, such as “Shoot your local rapist” and “We don’t forgive, we don’t forget, expect us!!!” were written in chalk, The San Francisco Chronicle reported.

Here’s a question – where do you think Brock Turner felt safer? In jail, or rolling up to his house to a crowd of dudes with fucking AR-15s hanging from their necks holding signs saying they’re going to rape you and/or castrate you?

I mean I watched The Night Of, I know how much jail sucks. But you can’t tell me the thought of this guy lurking outside your window at night doesn’t seem at least just as bad.