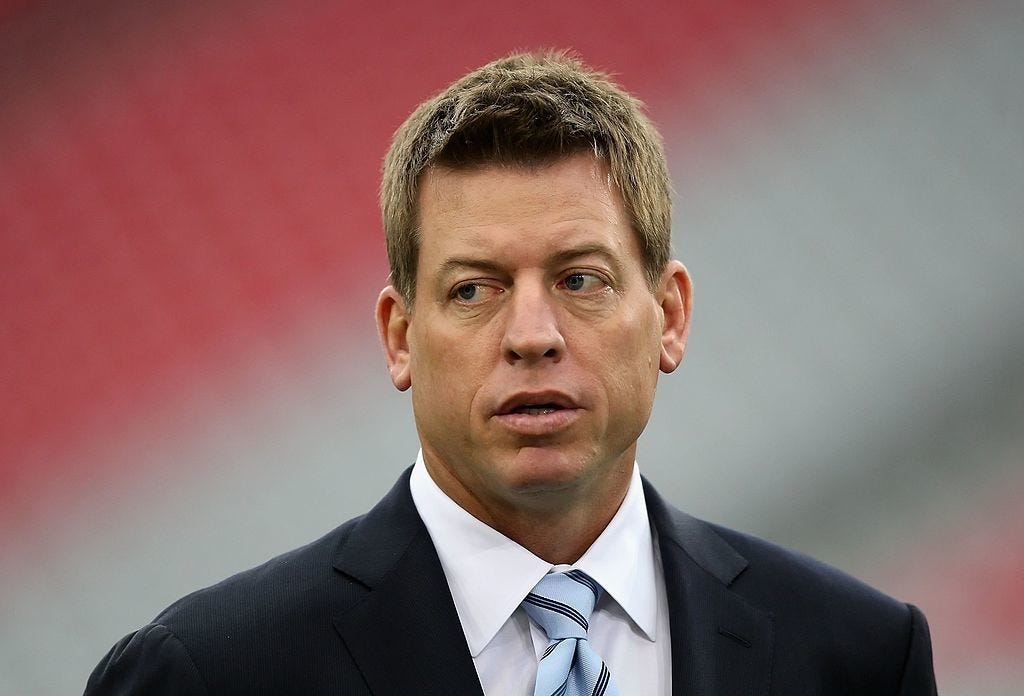 SI- Troy Aikman has worked for Fox Sports for 15 years and has been the network’s lead NFL analyst since 2002. His reputation among staffers—especially those on his NFL production crew—is excellent. He is also known among sports media writers as being a particularly honest interview, and that was the case last week when Sports Illustrated contacted him about his network’s hiring of Skip Bayless.

“To say I’m disappointed in the hiring of Skip Bayless would be an enormous understatement,” Aikman said. “Clearly, [Fox Sports president of national networks] Jamie Horowitz and I have a difference of opinion when it comes to building a successful organization. I believe success is achieved by acquiring and developing talented, respected and credible individuals, none of which applies to Skip Bayless.”

Aikman has specific reasons to be unhappy with the Bayless hire, which was made by Horowitz but ultimately approved by Fox Sports president Eric Shanks. In a book (Hell Bent) on the Dallas Cowboys in the 1990s, Bayless made an unsubstantiated claim that Aikman was gay. The former Dallas Morning News sports editor Dave Smith told author Jeff Pearlman for his 2009 book on the Cowboys (Boys Will Be Boys) that Bayless’s “gay take on Aikman was the most unfair thing in my 45 years of journalism.”

Tell us how you really feel, Troy! I mean don’t get me wrong, I can’t stand Skip Bayless ever. I don’t think I ever watched more than 5 consecutive minutes of First Take. I have tried to figure out how to mute Skip Bayless retweets from my timeline. And most of what Aikman says is true. I wouldn’t say Skip is respected or credible. But the guy is talented. Not in the sense as a journalist or broadcaster or anything like that. But there is no denying that Skip is the best sports troll on the planet. Getting angry at Skip only makes Skip stronger. He’s like the slime from Ghostbusters 2. He probably jerks off when reading all the vile things people say to him in his Twitter mentions.

I thought when Skip went to cable’s version of the Island Of Misfit Toys, he would fade into bolivian. Nope. He’s too good to just disappear like that. He’ll stay in our lives through Twitter or someone idiotically mentions one of his takes, as Skip laughs all the way to the bank. Aikman even fell into the trap of mentioning Skip’s name, which is a fate worse than saying Beetlejuice three times. Now Skip has something to talk about on his show before people forget it exists while the gay rumors about Aikman bubble back up with every story that is written about the two. Chess and checkers, folks.