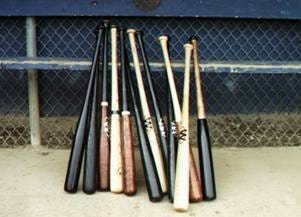 I’ll tell ya what, sign up whatever Benny The Jet Rodriguez’s who managed to scrounge up enough scrap metal/food on The Gulag Sandlot for Rubles to simply play catch. Those kids have got enough heart to survive being banished to Siberia. Other than that, we give Russia a lot of shit. And rightfully so. But this comically amazing statistic absolutely blows me away. 500,000 baseball bats. One, I repeat, ONE baseball. Yeah, I keep a couple of old bats in the trunk of the shit Saab in case the time comes to battle, but they’re retired sticks with no real purpose. 499,999 Russians bought baseball bats with the sole intention to beat the piss out of someone else. I guess it’s a good rule of thumb to never take your fists to a Russian road rage fight. You have to assume all of the handheld weapons available in GTA could be in any vehicle over there at anytime. It wouldn’t shocked me if an road-raged Commie would fight back with anything from a machete to a chainsaw to tossing a Molotiv Cocktail attached to his vodka soaked wife. So, yeah, gotta at least have a wooden stick ready to dance. Only in The Motherland.