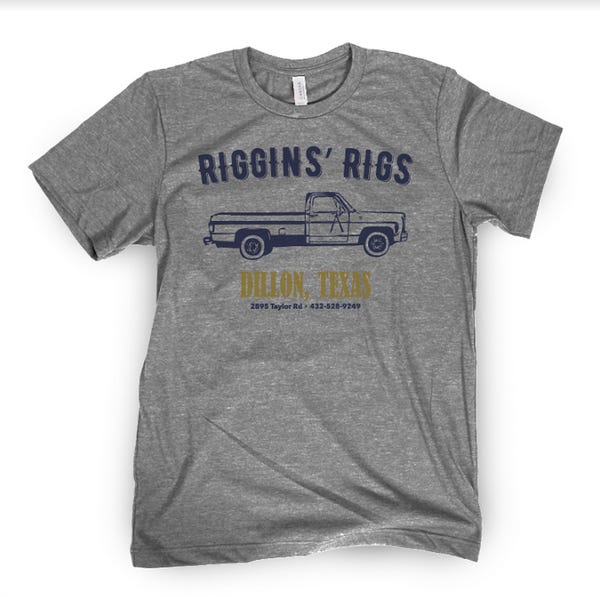 Anyone who knows how the Barstool Sports tshirt game works knows that we’re into timely products. Player gets called up? Tshirt. Catch phrase goes viral? Tshirt. Anything at all happening in the sports world right now? Guess what, you get a tshirt. So, obviously, we had to get a Friday Night Lights season four tshirt pumping in 2016. Get your Riggins’ Rigs (aka Riggins’ Chop Shop but we don’t like to promote illegal activity around these parts) tshirt today and have in your possession the greatest ice breaker in history. Someone comes up and says “Nice T” then you instantly know you’ll be best friends. Never met a Friday Night Lights fan that I didn’t like and I’m sure I never will. Honor the greatest show ever, honor the greatest/sexiest character ever, honor the most honorable man, the man who went to jail for his brother, ever. Buy a shirt.