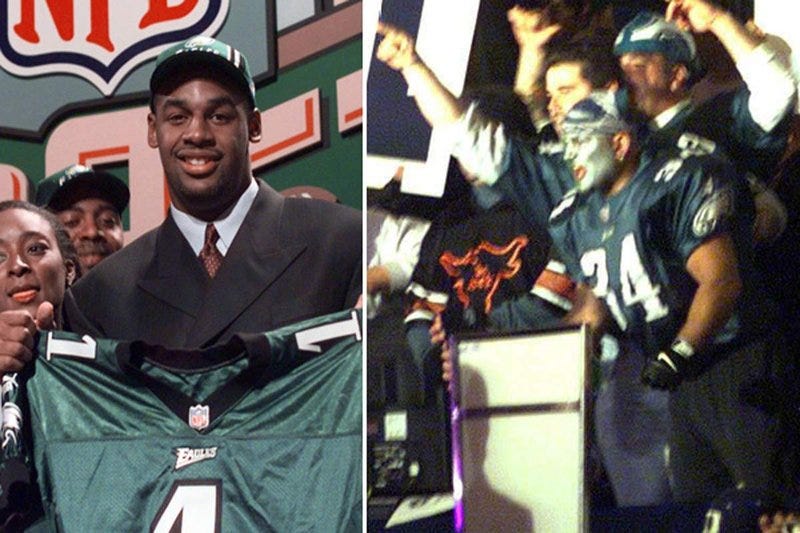 I honestly can’t tell if the NFL is either trying to get everybody killed or if they’re just playing some sick and twisted joke. To host the NFL draft in Philadelphia the year that the Eagles don’t even have a 1st round pick? Well you know that you’re asking for trouble. Right now the rest of the league should just sit back and pray that the Eagles don’t go 7-9 or worse this upcoming season. Because if they have to forfeit a top 10 pick in the draft come April, well then there will be blood on the Benjamin Franklin Parkway. 32 straight picks in the 1st round without giving Eagles fans anything to look forward to other than booing everybody else? It’s a recipe for chaos and I guess we’ll see if it’s possible to actually boo somebody to death. If one Cowboys fan has to be sacrificed in order to make history, then so be it. Actually pretty excited to watch that happen. As for the draft itself, there will be a nice little Philly touch added. (No. It’s not illiteracy, you fucking jerks)

You hear that sound? That’s hundreds of college linemen simultaneously deciding to wait another year before they declare for the NFL draft. That’s too many goddamn steps just to see their dreams of becoming a professional football player realized.

Last note: the NFL Draft coming here is just another point for Philly being one of the most underrated cities in the world. Sure, it may not be perfect. It may be a little rough around the edges. But so is life. Philly is a blue collar paradise of grit and wiz. Screw everybody who doesn’t agree. Philly vs the world.