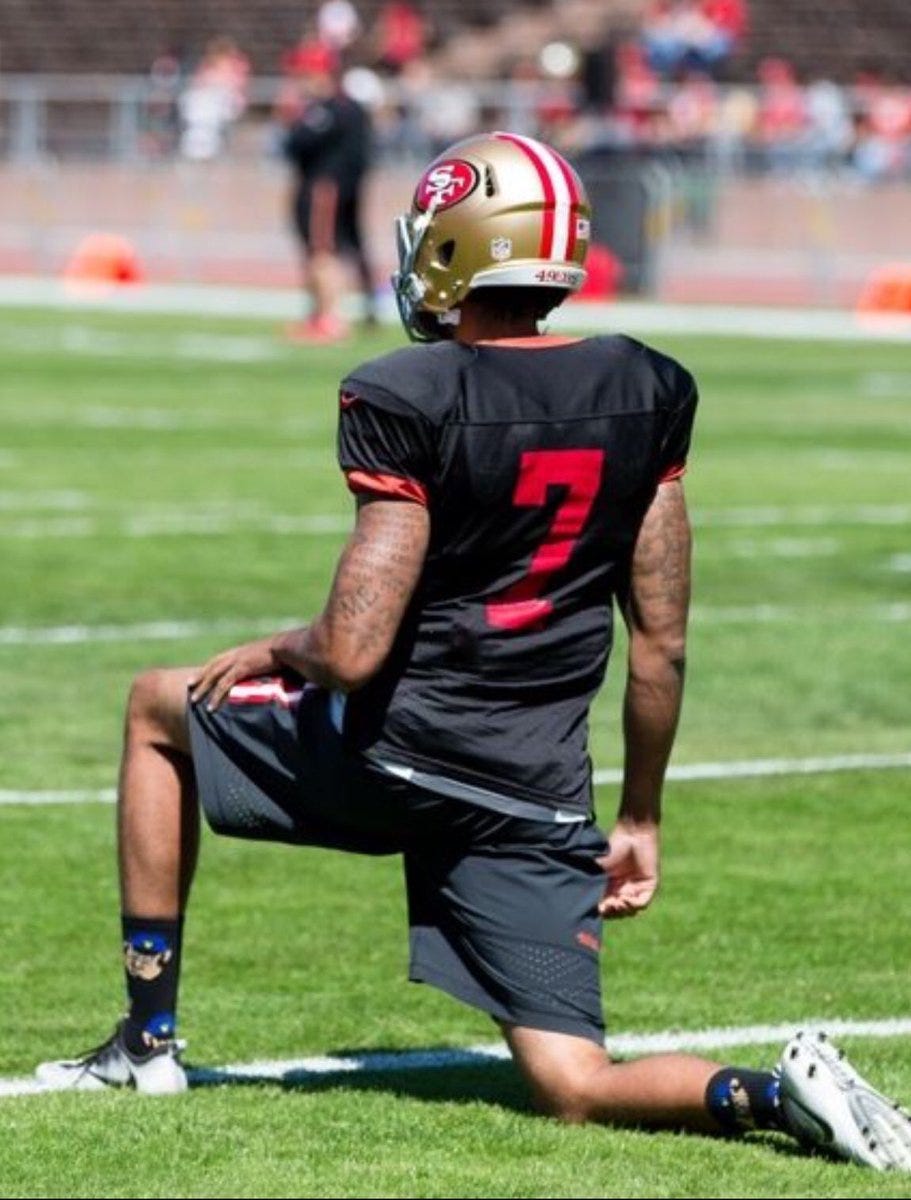 Gotta hand it to ole Colin here. Most people back down in the face of backlash from the likes of Larry The Cable Guy and Jay Gruden. Not Colin. He’s still swinging at the establishment and this time he’s using his socks to speak. Bold.

Hardliners on both sides are going to use these pictures to make their points. It’s such an incredibly stupid cycle that we continuously weave. Our biases are so strong that both sides can use the same exact picture to further their argument on how Colin is either brave or an idiot.

“See! Colin is an idiot. He doesn’t respect anyone. He’s just doing this for attention.”

“Colin really isn’t backing down. Good for him!” 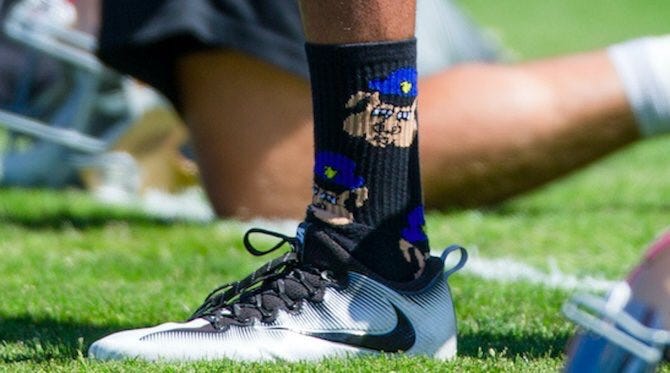 Update: Apparently those pictures are from August 10th but that’s not going to affect the fire on either side.