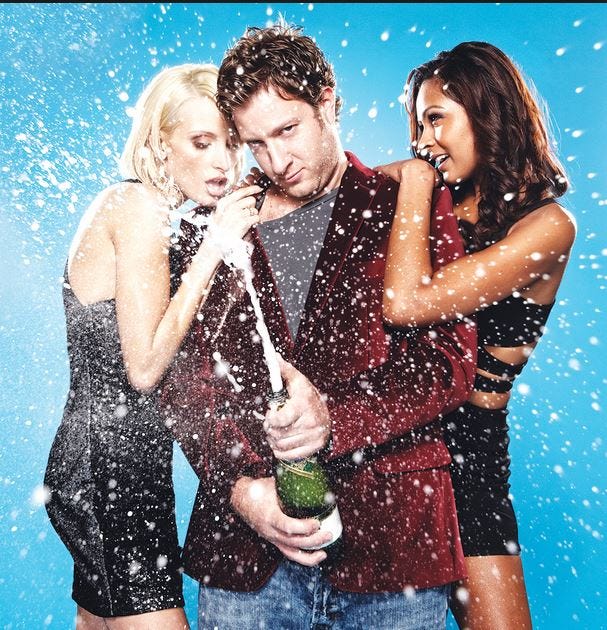 I’ve been an avid reader for years, but never thought I’d write in. However, I am finding myself in a predicament and I’d love some opinions. A little over a year ago I met my dream guy. He’s smart, handsome, funny, and enjoyable to be around. He treats me extremely well, and above all, I trust him completely, which is something I’ve found missing from my previous relationships. However, there is one flaw: he does not make a lot of money. Despite being hardworking, he has devoted his life to charity and works for a nonprofit, making only an average salary. His parents died at a young age and did not leave him a big inheritance. As shallow as it sounds, I am nervous that he will never be able to provide me with the lifestyle I was used to as a child and have dreamed of. I don’t think it is fair that I should sacrifice my lifestyle so that my partner can focus on giving to others more than to himself and his potential wife.

Should I leave this man, or hope that one day he will change his mind and pursue a more financially generous career?

Meredith Hoss Goldstein’s Answer
I’m not going to yell at you for prioritizing wealth over character – even though I really, really want to. I’m not going to freak out about you signing this letter “poor in love” when you’ve made it clear that this man makes an average salary. This is a place for honesty, and, well … you’re being honest.
All I’ll say is that you should end your relationship with this man so he can find someone who appreciates his values. You’d also be better off looking for someone who understands what you need. One way to ensure the life you want is to provide it for yourself. That might be something to think about as you continue looking for the right partner.

Readers? Can you give some practical advice?

How pissy was Hoss Goldstein with her response? She told this chick to dump this guy so he can find somebody better.  Not her but him. I can picture Hoss creeping around the chicken coup trying to get this guy’s digits as we speak. Regardless even if her response was out of spite it’s the first time in the history of Love Letters she nailed it.  She does have to dump this guy.

Oh boo hoo boo hoo “when he was young his parents died at a young age and did not leave him a big inheritance,” Is that what he blames his lack of money on? Hey how about working your fingers to the bone? How about waking up at 5am everyday to hand out newspapers outside subways stations? How about doing a 48 hour paper route? How about cleaning literal shit out of newsracks? How about scratching and clawing your way to the top? You know how you donate money to charity and still afford steak dinners? You make a shit ton of cash, sell your company for millions, spend 95% of it on lavish things like thoroughbreds and champagne and then when you’re old and getting ready to die and can’t enjoy money anymore you throw a couple bucks at poor people so god will let you into heaven. I mean yeah being funny and handsome and tan is all great but money puts asses in the seats. So my advice is to dump this guy and find somebody who wants to make something of themselves and treat you like a queen. Unless you’re gross cause rich guys don’t do gross. That’s the whole point of having money in the first place. To get hot chicks. It’s called social Darwinism.