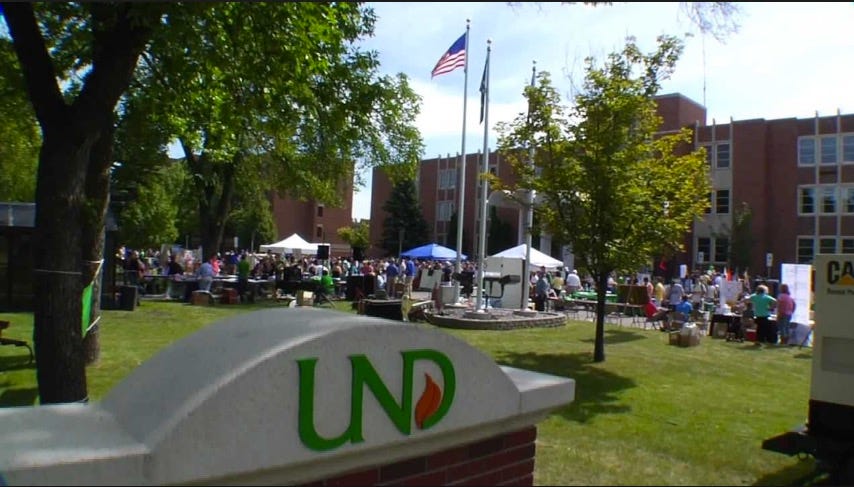 Campus Reform – The University of North Dakota (UND) is offering students the chance to live in a specialized housing community dedicated entirely to social justice.

The Social Justice Living-Learning Community is “designed for students who are involved in promoting a more inclusive and just society,” and promises to provide such students with opportunities for “creating and leading positive social change.”

You thought I exaggerated that headline right? Be honest. You thought I was just looking for clicks. That the University of North Dakota maybe had a couple of rooms in a building somewhere for people who were interested in activism to link up and maybe host some book clubs and pizza parties or something.

Cheryl Terrance, faculty advisor of the UND Ten Percent Society (TPS), a student support group for the “GLBTQQIA community,” told Campus Reform that the LLC was developed by the school’s housing office, but predicted that social justice-oriented student groups such as TPS would likely be involved in programming efforts.

Connie Frazier, Executive Director of Housing and Dining at UND, corroborated that speculation, telling Campus Reform that while LLCs are housing initiatives, they arise out of student interest and students self-select who will live in the community.

“This is a brand new one so those students are just beginning now the discussion of how they want to define their community and what kinds of activities they would want to get involved and do,” Frazier explained.

Kind of torn on the idea to be honest – on the one hand it’s some pure next-level Safe Space bullshit. On the other at least we’re all gathering them up and sticking them in one place? It’s like that Bugs Bunny Florida GIF, first step is herd them all to the same location, next is to saw it off of the continent and let it float into the ocean.

Based on the geography of North Dakota we’ll have to workshop that idea a little bit but you get my point.

Also, I don’t want to sound ignorant, but is the GLBTQQIA community a real thing or did somebody fall asleep on their keyboard in the middle of the paragraph?

Students who are interested in living in a community that “believe[s] that each person shares the responsibility of creating an environment in which all residents are respected and valued—regardless of one’s age, size, gender, sexual orientation, identity or identity expression, disability, race, ethnicity, color, creed, national origin, cultural background, socio-economic status, or religious affiliation or conviction,” need only indicate interest on their residence hall application in order to be considered for the Social Justice LLC.

The LLC also specifically points out that it is inclusive with respect to gender, and will allow people of all gender identities to room with whomever they feel most comfortable, although the application process does note that “gender inclusive room assignment requests must be mutual.”

Because there is no better way to understand the different points of view and nuances of a society than by isolating yourself surrounded only by people who share the same exact world view.