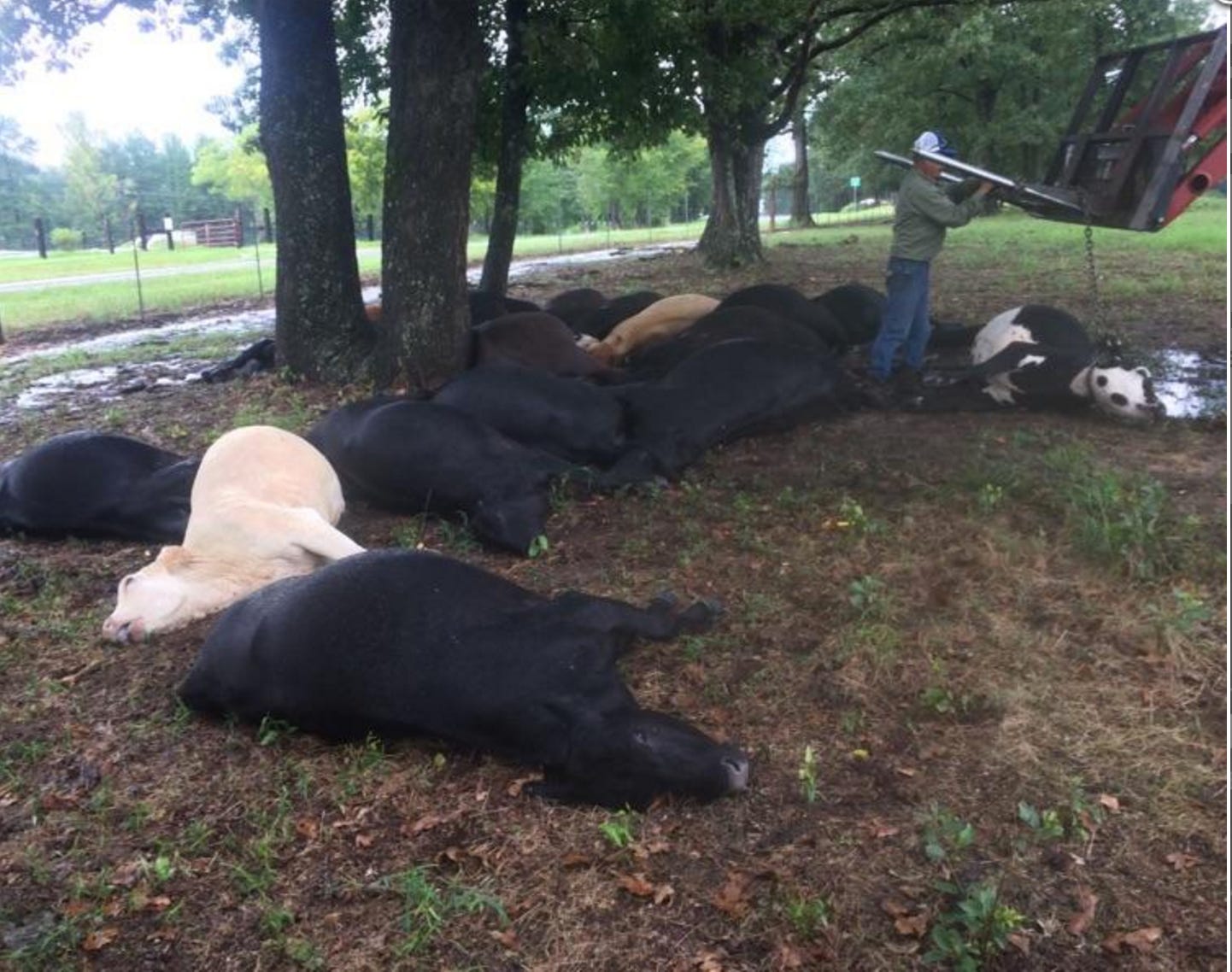 HALLSVILLE, TX (KLTV) -
Some East Texans say a storm Sunday night killed nineteen cows. Witnesses say lightning hit a tree just north of Hallsville during the storm, killing the cows that were standing underneath it for shelter.

It was a tragic ending for the cows trying to get relief from a storm. Victor Benson saw it happen.

“All of a sudden, a lightning bolt came down and the cows just fell,” he explained.

This one is on me. Let me explain. Two days ago on The Rundown, Pres, KFC, and Big Cat were all acting concerned about Aliens taking over the joint. KFC was sure that if the Aliens wanted to fuck us or kill us that they would have done it by now. Dave offered Shea as a sacrifice of sorts to the Aliens and I just sat there and shook my head at home and thought that Aliens weren’t real.

Two days later 19 cows, which just happen to be my 6th favorite farm animal, are killed in my state. Now, you can call that a coincidence because of the incredibly bad storms that we’ve been experiencing in Texas but I won’t. I won’t contribute these cattle deaths to the fact that the cows were hiding under an extremely large tree in an otherwise empty field. It’s aliens. Aliens were out to teach me a lesson for my disbelief.

My favorite part of the dead cow situation is the news anchor issuing a trigger warning for people who might be irreparably damaged by seeing dead cows. “Now listen, if you are triggered by a field full of dead cows that were struck by lightening, you might wanna turn away. These cows lying on their side with no signs of blood might be disturbing if you are a giant sissy.”

You know the farmer whose cows died watched the news that evening was pissed because the news used his dead cows to further the pussification of America. Trigger warnings for dead cows in a field. SMH