Dead serious, it’s really hard for me to blog about Eleven. Because I am absolutely obsessed with this chick, but that’s not really something a 28 year old man can say about a 12 year old girl. I know, crazy, but it’s frowned upon in some circles. But, facts are facts and facts are that I can’t get enough of this girl. She’s obscenely talented, cute as a button, and flat out infectious. Just controls the fuck out of a room. People are flinging silly string all over the place but no one can take their eyes or ears of Millie. The second the world gets its shit together and lets us start investing in people I’m running to a bank, robbing it, and putting as much as I can into Millie Bobby Brown. SUPERSTAR. She’s a SUPERSTAR in the making.

Even Mike was like GIRL, WHAT! I LOVE YOU FOR REAL THOUGH! 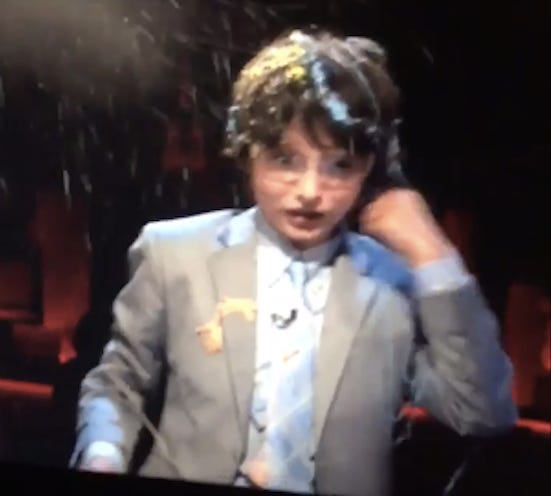 Lucas was getting down with it, which is the greatest compliment you can give a 12 year old British girl’s bars. 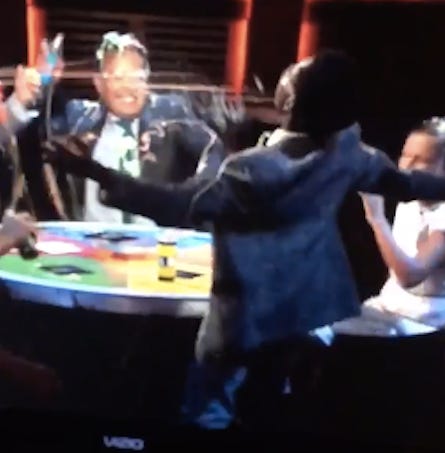 And Dustin? Dustin was perfect Dustin. Just rocking out in his own world, being the man, wondering where the pudding is. 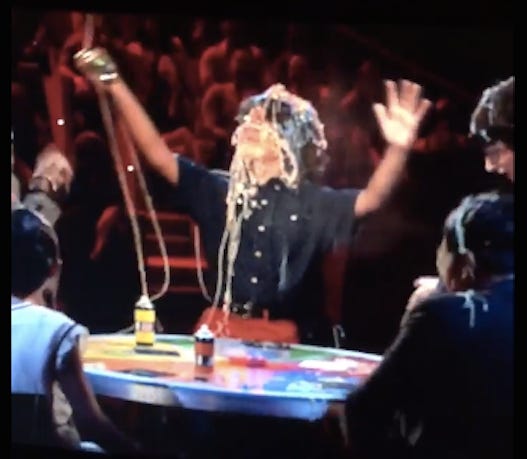 Love all these kids. So awesome and talented.

PS – Millie also crushed Ed Sheeran long before she was ever Eleven. I say again, superstar.