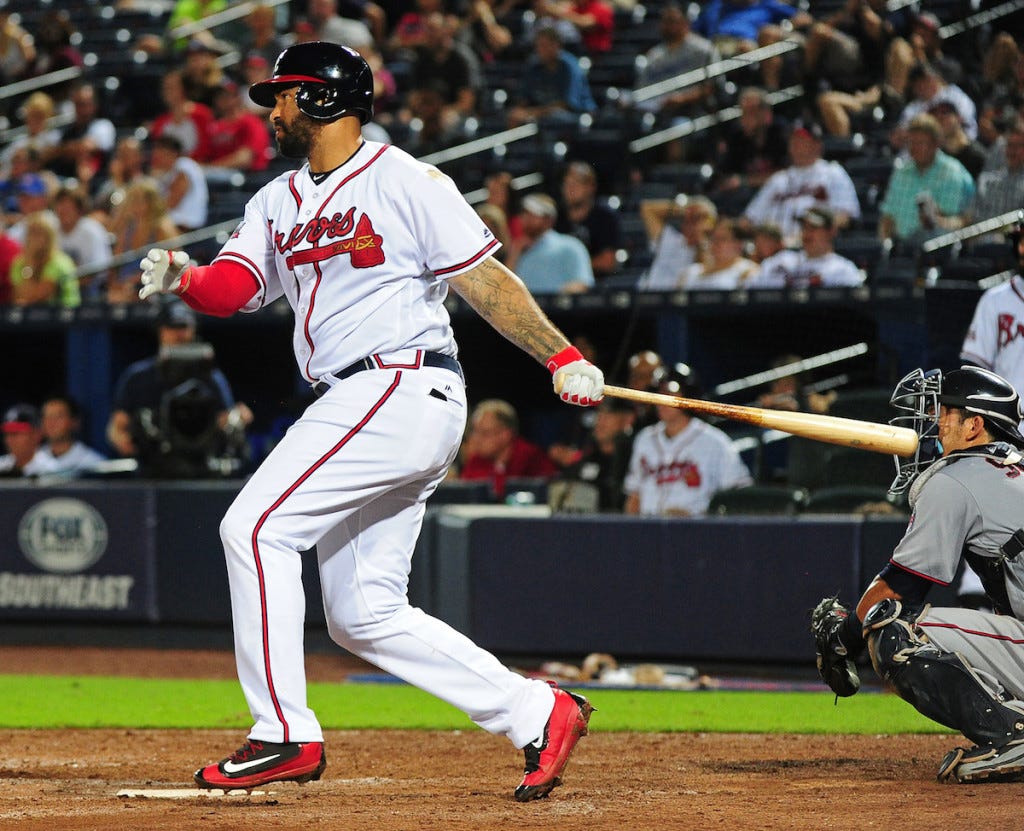 This is a savage move by the Atlanta Braves, but I respect the hell out of it, and I honestly wish more teams would do stuff like this.

If you invest a significant amount of money in a player, which the Braves are now doing with Matt Kemp — although portions of his salary are being paid by the Padres ($3.5M per year) — then you should be able to come out and tell these players to stop being lazy fucks, and get back into a physical condition that’s going to allow you perform at the level that got you that contract in the first place. That’s essentially what the Braves have done with Kemp, and, to his credit, he’s not disagreeing with Atlanta’s stance.

We see Matt Kemp as a player with a big upside,” Coppolella said. “He’s 31-years old. He is not in shape and that’s something we need to work on with him. He’s been told about it. We are going to talk to him more. It’s the kind of thing where, for him, you can’t really do that during the season. It’s not like you can drop 30 pounds during the season and keep playing.”

Coppolella said he believes Kemp “cares greatly” and “knows he has to lose some weight.” Coppolella said the Braves may not have been able to acquire Kemp if he were in shape and still producing at the level that earned him two All-Star selections and runner-up in the voting for 2011 NL MVP.

Coppolella said Kemp “isn’t real good in left because he’s out of shape” and predicted he would be a better defender if he gets fit. Coppolella also left open the possibility of Kemp and Markakis switching positions for next season.

God, that’s fucking infuriating to read as a Red Sox fan, after how that organization handled the Pablo Sandoval situation this past spring, basically saying it was no biggy that Sandoval showed up to Ft. Myers looking like Gabriel Iglesias. But good for the Braves, and good for Kemp for not taking offense to it. The thing that I find interesting here is that they’re going with the “it’s going to help out his defense” angle.

Looking at the numbers here, he’s a below average defender in the outfield with a defensive runs saved of -10. But it’s been a long time since he’s actually been viewed as even being average, never mind being good, if you use that metric. He’s been in the negatives over the last seven seasons. In 2009, he had a DRS of 1, and in 2008 it was 9. The two seasons prior to 2008 were both negative, too.

If I’m the Braves, I’m just trying to maximize Kemp’s offense through conditioning, and kind of just accepting that his defense is what it is at this stage of his career. I can’t really see that improving much at his age. The 31-year-old had been battling injuries over the last handful of years, but had been enjoying somewhat of a renaissance season with the Padres in 2016 before being dealt to Atlanta. Overall, he’s hitting .260 with a .771 OPS, 30 doubles, 25 home runs and 68 RBI. If he got on some sort of disciplined workout program, sanctioned by the Braves, then it’d make sense if Kemp was able to sustain, or even exceed, power numbers like those into his mid-30’s.