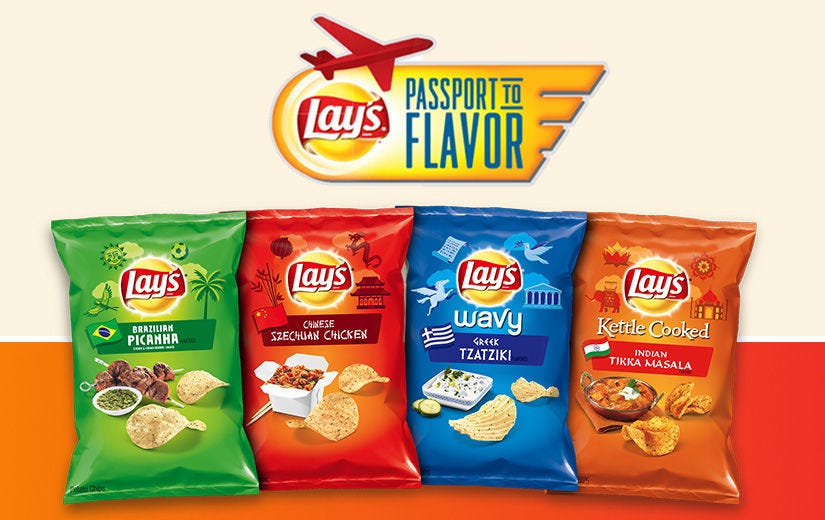 Lay’s released their annual limited edition flavors recently and I finally got my hands on them yesterday, but I decided to post the blog today since Barstool New York was already over it’s “Big, sexy bloggers eating quota” with yesterday’s JJ and Trent Stadium Eats video from the Hard Rock Cafe. These Lay’s taste tests are always near and dear to my overworked heart because they are what inspired me to start the 15 second food reviews. So if any of my reviews have ever given any of you nightmares or nausea, please direct your anger to the Lay’s customer service department.

Not really sure how to describe this other than just being a subtle taste of meh followed by a weird aftertaste. That being said, Brazilian steakhouses may be the best restaurants on the planet. So much meat. So much sodium. So little pooping for a few days. But this chip stinks.

A little bit of sweetness and spice. Not a chip I would ever buy again, but also not a Chinese dish I would ever buy. General Tsos, roast pork, or sesame chicken all day erryday. I’ve also gotten into a big scallion pancake phase recently, but that’s likely because it is simply a shit ton of carbs fried up into a nice pastry.

That went downhill quickly. I honestly felt like I was tricked into eating vegetables when I ate this chip. And don’t give me the whole “Potatoes are vegetables” nonsense. I would shed at least 2 chins if potatoes were a real deal nutritious vegetable. This isn’t the worst potato chip flavor of all-time, but somehow the most offensive.

Legitimately the worst snack, maybe food, that I have ever had in my life. I gagged multiple times and edited them out because I realize it’s already gross enough looking at my half face without me making puke noises.

Overall review: Okay Lay’s, lets stop being cute and head back to the U.S. of A with next year’s flavors. Because this batch was trash. Absolute fucking trash. I didn’t sacrifice my boyish figure for snacks like this.