Be honest. There was a split second there where you thought he was dead. I know I did. I instantly thought he snapped his spine in half and was dead on impact. I’ve landed like that before jumping into bed (I get excited when it’s time to go to bed. Sue me. How fucking stupid were we as kids that we didn’t love sleep?) and it hurt real bad. It took me days to recover. That dude was able to hop like nothing happened. I guess that’s the only between me and an Olympic athlete.

This is hardest I’ve laughed at a still picture in awhile (ya know, once it wad clear he wasn’t a corpse) 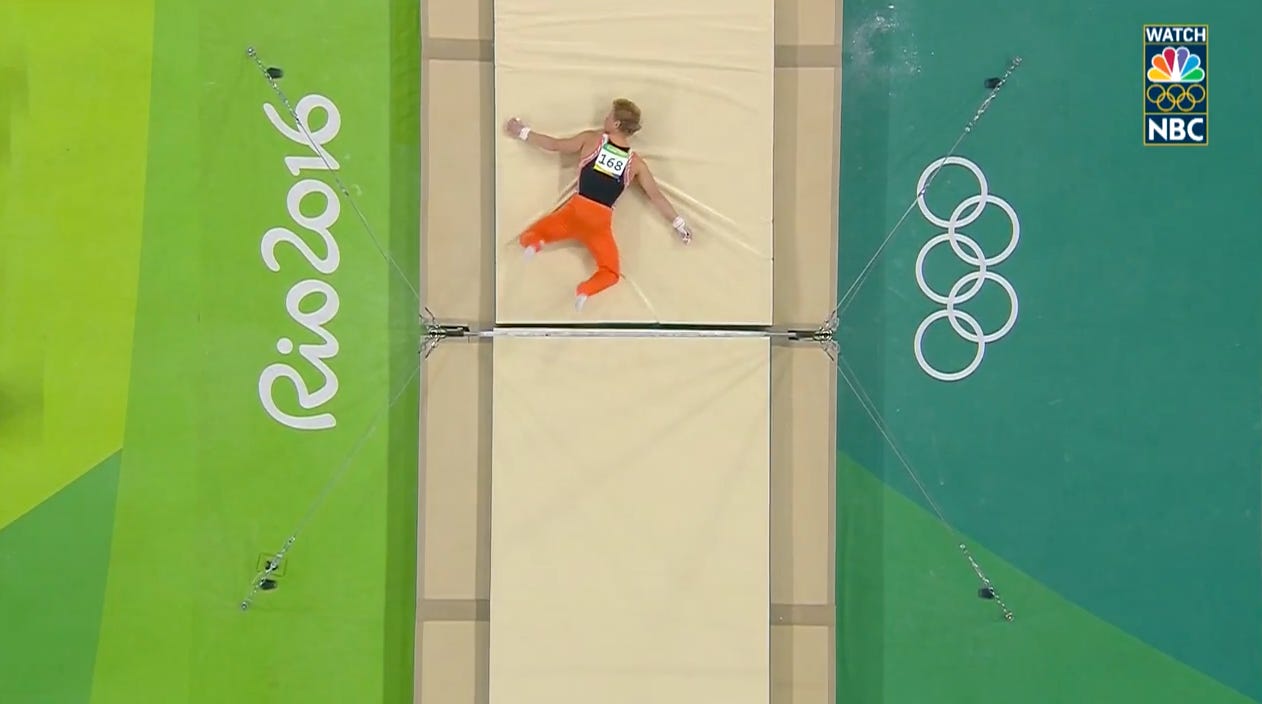 It looks like the view from Grand Theft Auto when your character gets killed and the camera slows fades up. WASTED. 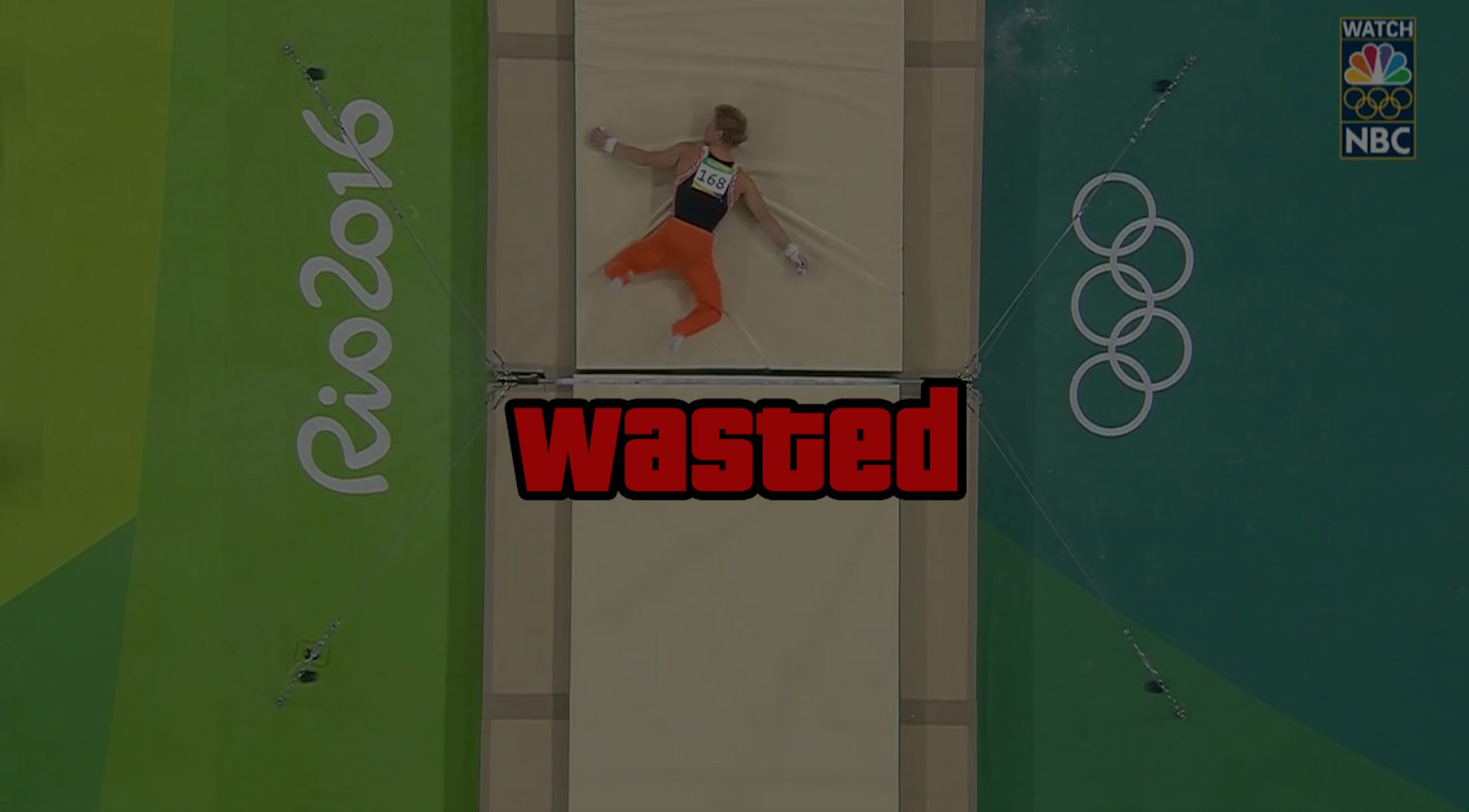 (shout out to @conisles for the photo shop)