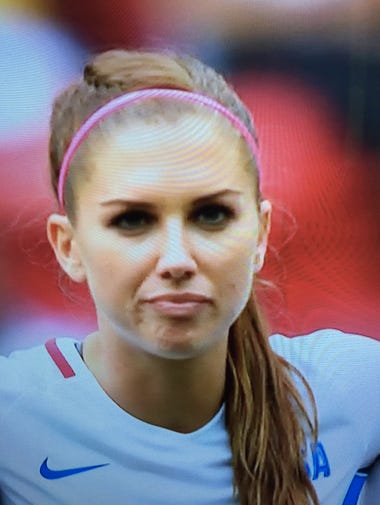 Brutal loss from the US Women right there. Defending World Cup Champs, they’ve never failed to make the Gold Medal game at the Olympics, and they lose in goddamn PKs to Sweeden in the quarterfinals. Don’t think anyone thought that was possible and certainly no one though Alex Morgan would be the one to go out there and set the tone with a garbage opening PK. But that’s what happened and now we’re out. Men didn’t even qualify, women get upset in the quarters. American soccer, baby! Catch the fever!

Glass half full, though? Alex Morgan is cute as shit when she’s sad. Adorable doesn’t even describe how adorable she is. I just want to take her home, hug her, feed her ice cream, and let her be sad. Christen Press also blew a PK and sent a ball to the moon, she can come too. 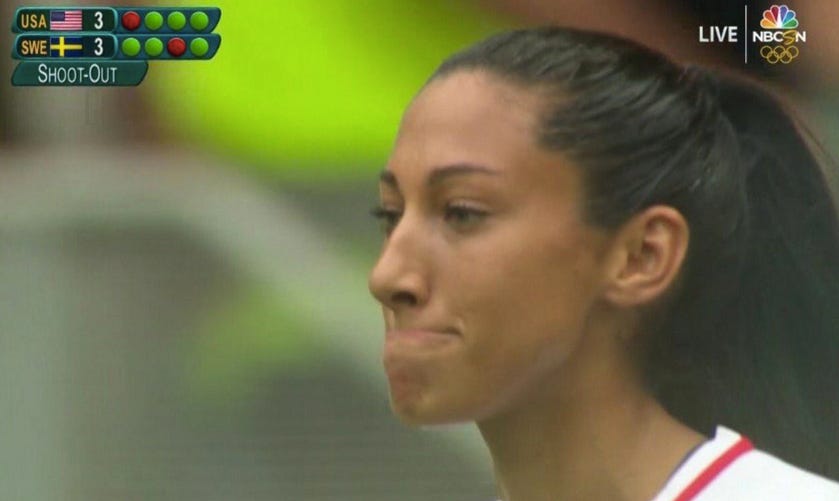 That’s just the kinda guy I’m in. Some people go on Twitter and say mean things about people, I invite the pretty girls over for ice cream and tears. It’s called being a human being.