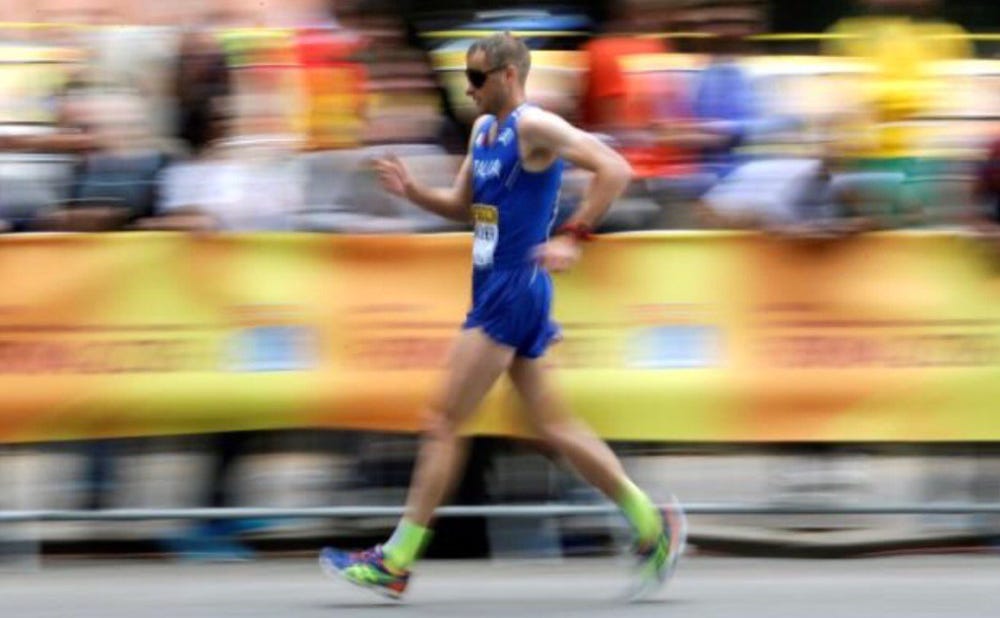 Italy’s 2008 Olympic 50km walk champion Alex Schwazer has been banned for eight years and will miss Rio 2016 after losing an appeal in a second doping case. Schwazer, 31, helped Italy win the world 50km walk team title in May after a 45-month ban for a positive test for erythropoietin before London 2012. A retest of a sample given in January showed traces of steroids. The Court of Arbitration for Sport rejected his appeal. “All competitive results obtained by Alex Schwazer from and including 1 January 2016 are disqualified with all resulting consequences, including forfeiture of medals, points and prizes,” CAS said in a statement. Schwazer had previously admitted to using the blood booster erythropoietin (EPO) in 2012.

Did I know race walking was an Olympic event until 6 minutes ago? No, I didn’t. Because it sounds fake as fuck. Then I watched a few YouTube videos and it looks fake as fuck. It looks incredibly stupid. It looks like any person ever who has drank a large Starbucks coffee then had to power walk to the bathroom so they didn’t shit their pants. That’s what they should call it actually. The Coffee Shits 50km. That’s the sport this guy just got banned 8 years for doing steroids. Walking. Not running. Not sprinting. Hell, not even jogging. Walking. How badly do Olympic walkers get made fun of in Olympic village by the other athletes? They better be getting straight up hazed. Wedgies, swirlies, everything. They have to be lowest on the totem pole. You’ve got world class gymnasts, sprinters, long distance runners, swimmers, kayakers then there’s the walkers. The lowest of the low. If you’re gonna take steroids, might as well become a sprinter so people care.