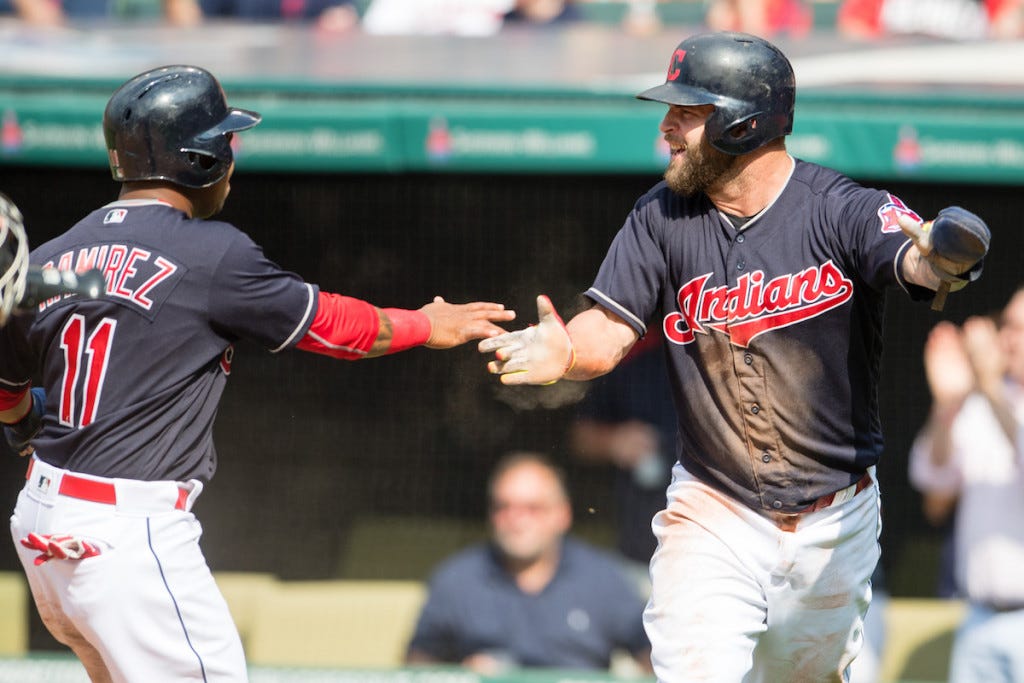 The Cleveland Indians have the best rotation in the American League from top to bottom. By ERA, they’re second (3.96) to the Toronto Blue Jays (3.64). But in a playoff series, you’re taking Corey Kluber, Danny Salazar, and Carlos Carrasco over Aaron Sanchez, JA Happ and Marco Estrada/Marcus Stroman every time. We knew this Indians rotation was going to be good, though. The one big question mark was their offense, and I’m not sure that’s really even a question anymore. After beating up on the Angels 14-4 last night, they’re now fifth in the majors and second in the American League in runs scored (565).

Since June 18, the Tribe is tied for the major league lead in batting average (.278) with the Minnesota Twins of all teams, second to the Twins in OPS (.817), and they’re third in the majors in runs scored with 261 in 46 games. The two teams ahead of Cleveland, the Twins and the Rockies, have played a combined five more games than the Indians. Over that span, Cleveland is second in the majors in runs per game (5.67), while the Twins are leading the way at 5.73 runs per game.

Also, quick note, Francisco Lindor smoked a foul into the Indians’ dugout last night that hit Carlos Santana in the back of the head. Thankfully, it sounds like it’s not as bad as it could’ve been.