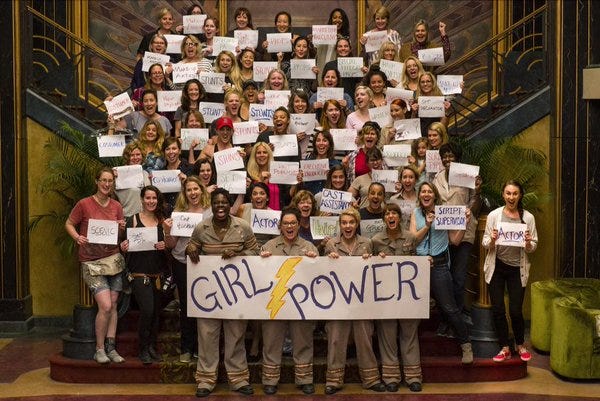 Hollywood Reporter – Immediately upon the opening of Ghostbusters in mid-July, top Sony executives boldly declared a sequel to Paul Feig’s all-female reboot of Ivan Reitman’s 1984 classic was a given. “While nothing has been officially announced yet, there’s no doubt in my mind it will happen,” said Rory Bruer, president of worldwide distribution at Sony.

That was the studio’s last public mention of a sequel. As of Aug. 7, Ghostbusters had earned just under $180 million at the global box office, including $117 million domestic. The film still hasn’t opened in a few markets, including France, Japan and Mexico, but box-office experts say it will have trouble getting to $225 million despite a hefty net production budget of $144 million plus a big marketing spend. The studio has said break-even would be $300 million.

Sony hardly is alone in suffering from audience rejection of sequels this summer. But film chief Tom Rothman and his team, along with partner Village Roadshow, had high hopes for launching a live-action Ghostbusters “universe.” Now they are preparing for steep losses (think $70 million-plus) and an uncertain future for the franchise.

Sony won’t comment on whether it has banished a sequel to the netherworld, but perhaps tellingly, a rep says the studio actively is pursuing an animated Ghostbusters feature that could hit theaters in 2019 and an animated TV series, Ghostbusters: Ecto Force, which is eyeing an early 2018 bow.

In terms of being a lifelong Ghostbusters fan, I’m about as firmly in that demographic as can be. I had the toys and practically held my breath until I got the Ghostbusters firehouse, loved the movies, drank the shit out of Ecto Cooler. I didn’t really feel too butthurt over the reboot with Melissa McCarthy, Kristen Wiig and company because the controversy around it seemed so dumb to me. Of course a movie studio would gobble up a diversity-laden movie that reboots a billion dollar franchise and of course angry internet nerds would rebel about it tarnishing their youth even though they’re now 40-year-old men and actual young kids were going to see and enjoying the movie. To me the Ghostbusters I love died when Harold Ramis passed and the script they were working on went with him.

But the main part they had to do with this Ghostbusters movie was make a good movie. A movie that was fun and cool and original like the one they first made, independent of the cast’s gender or race or whatever. And it seems pretty clear they didn’t do that as the critical reaction tends to be “Well it’s okay but HOW ABOUT THESE WOMEN BUSTIN GHOSTS HUH?”, more of a Tumblr girl meme than an actual quality product. So hopefully that’s a lesson — looking at you Ocean’s Eleven — that pseudo-empowering marketing gimmick interpretations of others’ work isn’t what people care about, they just want quality new entertainment.

But don’t fear for Sony, a rep told THR that even if the movie itself loses money, they’ll still win in the end:

Sony disputes the amount of the potential loss, insisting that revenue streams from merchandising and such attractions as a new Ghostbusters exhibit at Madame Tussauds and a theme park ride in Dubai will help defray any deficit. The studio also notes that the number of people renting the 1984 film has soared over the summer.

A perfect mousetrap for monetizing mediocrity, the system works!