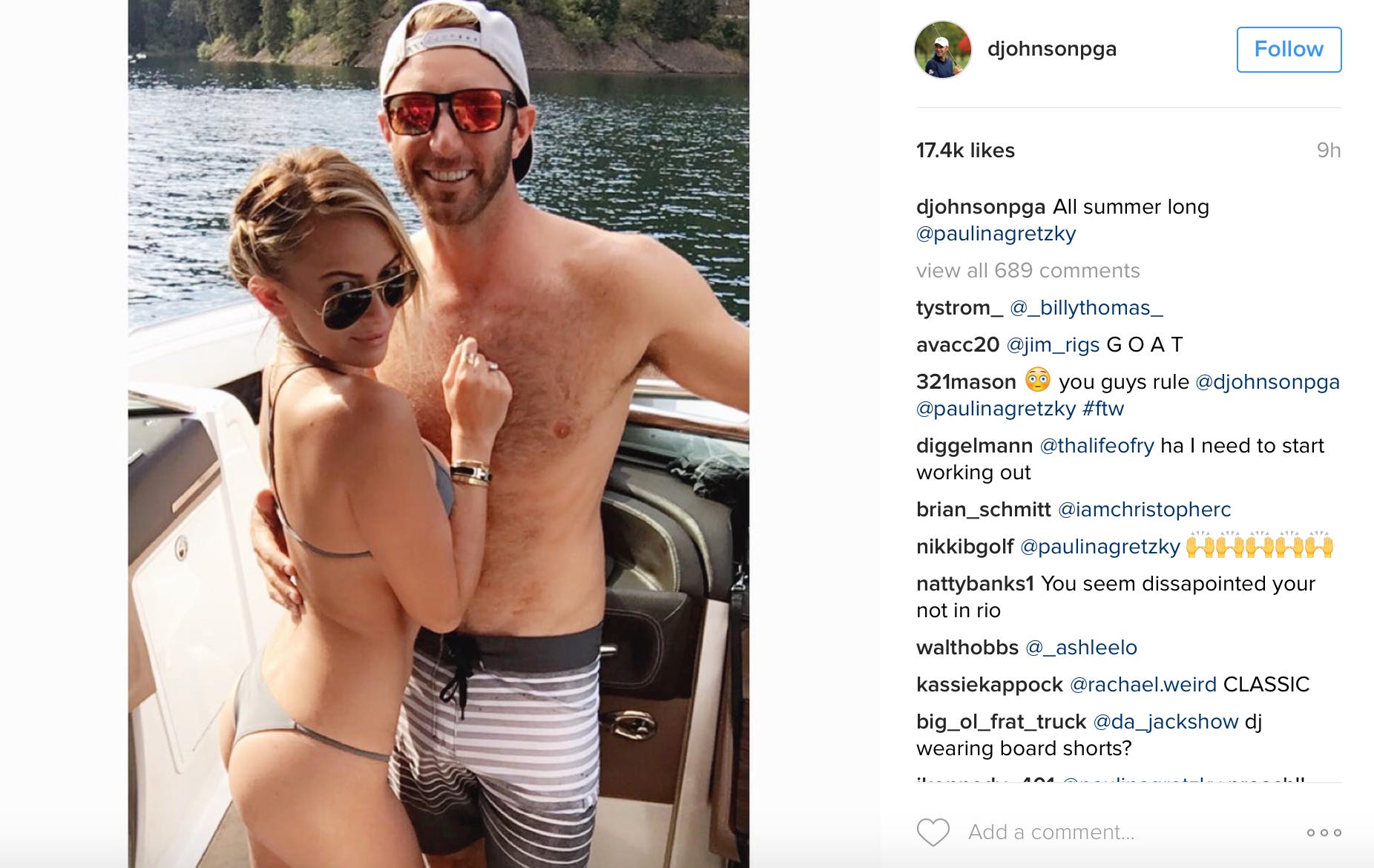 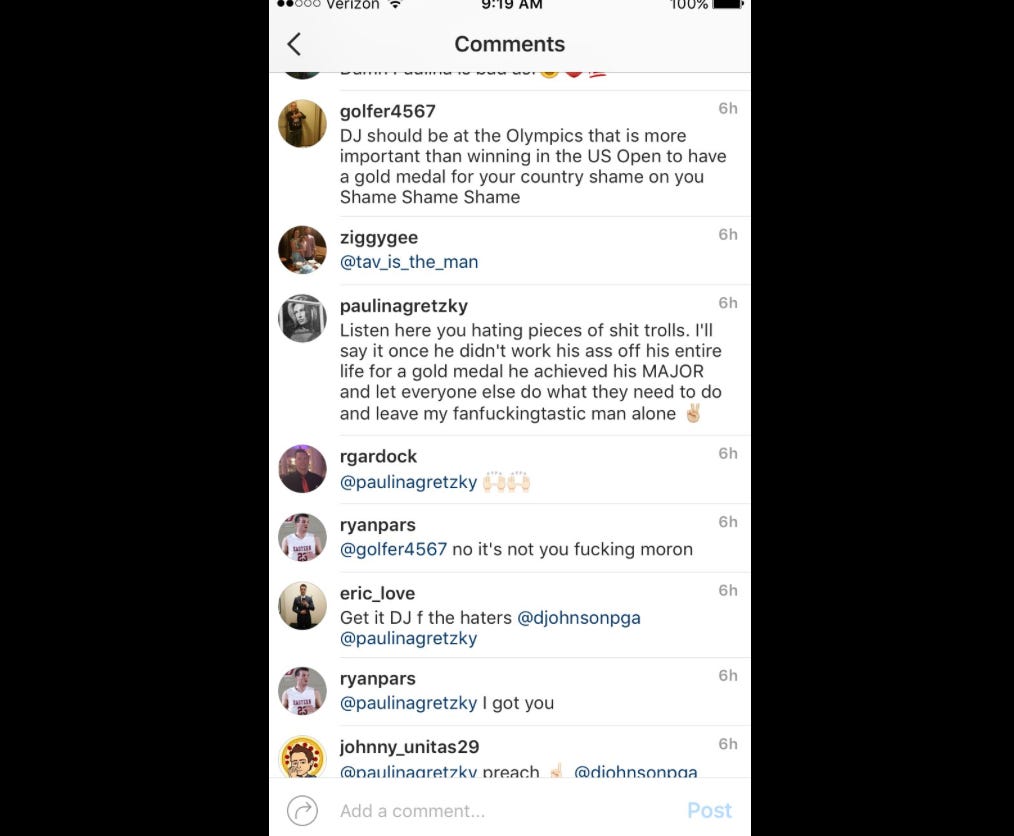 Dustin Johnson is the luckiest dude on the planet. His wife is smoking hot, she’s for sure a tiger in the sack AND she goes to bat for him when the trolls come around knocking his decision to skip the Olympics and chill on a boat instead. Paulina Gretzky is the definition of a ride or die bitch. She honestly seems like the type who would pull a knife on a hater and I can’t think of a higher compliment than that.

It also helps that she’s 150% correct. DJ doesn’t give a shit about gold medals (more proof that Rory was speaking for everyone when he blasted the Olympics). He owes the Olympics nothing. A gold medal sure as shit doesn’t mean as much as a US Open because a gold medal in golf doesn’t mean shit. Anybody hating on DJ for hanging out on a boat with his smoke wife instead of chasing a meaningless gold medal is exactly that, a h8er. Love you, Paulina. Always and forever.