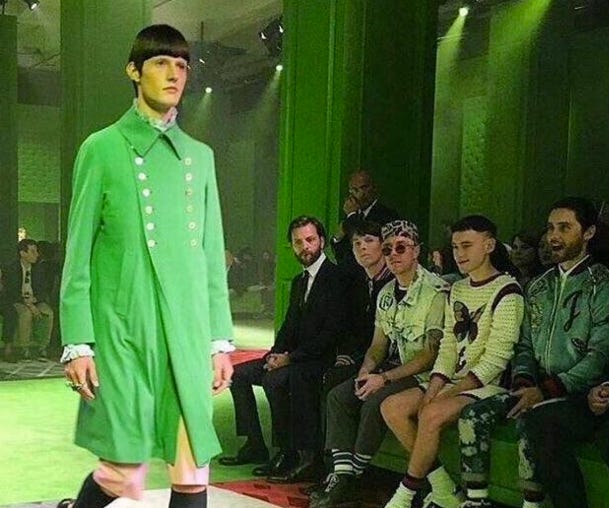 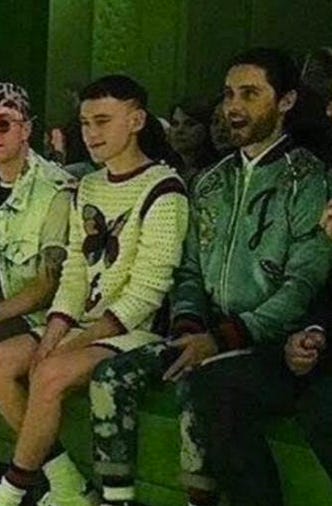 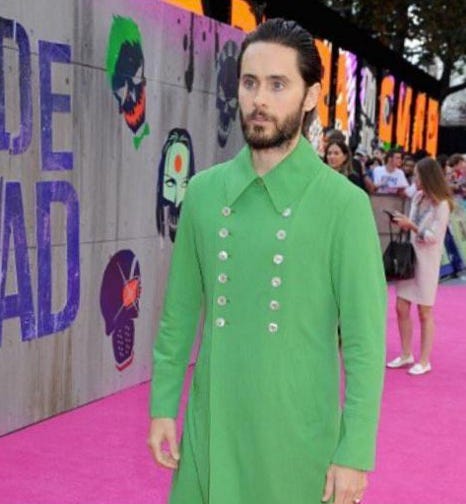 This is making the Internet rounds today and it cracks me up every time I see it. Jared Leto is absolutely in love with his green coat. He reminds me of a child who sees a puppy through a store window and then begs his mom for it every single day until he gets it for Christmas and never lets go. That’s what this green coat is for Jared Leto, better than a puppy. That face of pure glee when he sees it on the runway is unlike anything I’ve ever seen. I’ve never felt the way about anything- not a food, not a woman, as Jared Leto feels about his green coat. Wouldn’t shock me if he just wore it everywhere now. To the mall, to the grocery store, into the ocean, wears it while having sex, everywhere. Just never takes off his green coat. Girls are so mad right now, because they’ll never be adored by anyone as much as Jared Leto adores his green coat. Sorry gals, just gonna have to settle.

PS: We all know Jared Leto is the new Hollywood weirdo, but I can’t figure out which it is- if he’s found his niche as the wacky guy and he’s just playing that up, or if he’s actually insane and we should be drafting him in our death pools. I think he’s somewhere in between right now, but the longer he goes on this run of being a maniac, he’ll just morph into it without realizing it.