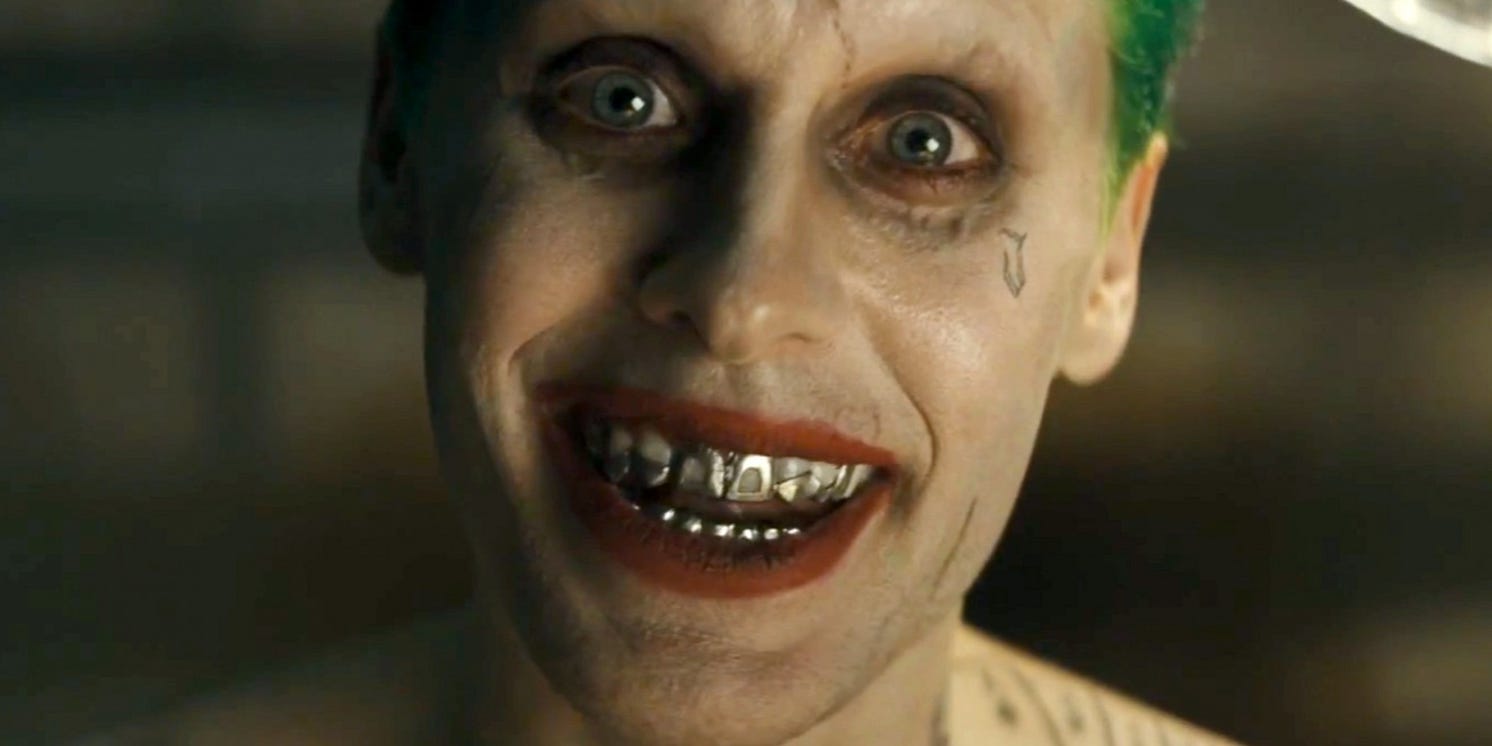 SR- The actor may be completely aware that the Joker character may be 75 years old, and portrayed by such legendary actors as Jack Nicholson and the late Heath Ledger, but Leto explained that – at least in this incarnation under director David Ayer – there are “no rules,” when playing him. It might sound like the opposite of what fans would expect, but Leto explained at the film’s premiere in New York City that as famous and iconic a villain as he may be, the insanity of Joker means almost every decision is a valid one for the actor in the part: “This is a character that… has absolutely no rules. You can do whatever the hell you want to [and] there is no good or bad take. There is no right or wrong answer. [That’s] really really rare and intoxicating.” While those reports might be exaggerated, Leto did reiterate that the ‘gifts’ weren’t a way for him to antagonize the cast as much as Joker may oppose them in the film… it was just to develop some interaction with them. Or, as Leto puts it: the gesture was “a chance to create a dialogue with all these crazy people… we had a lot of fun with it.”

Die from a prescription pill overdose, you won’t. You won’t do it, Jared Leto. Anybody and everybody who plays The Joker after Heath Ledger will be saying these exact things that Leto is saying. That it changed them forever. That the method acting of such an anarchist man almost drove them insane. That they will live with the demons of the character for the rest of their lives. We get it. It’s a heavy role. People would be confused if Leto was just like, “I played the character and that’s all. Onto the next.” Fans want to believe The Joker consumes the actor who dares play him and drives them partially insane. That’s what Leto is leaning into with those quotes. However, I choose not to believe you until you die of a prescription pill overdose. Sorry. Heath Ledger is the Michael Jordan of having The Joker character drive him insane and will hold that title until someone commits to the craziness like he did. That includes dying. Nut up or shut up, Leto. There’s gonna be countless Harold Miners before we ever see another Ledger. And to be honest, we’ll probably never see one like him again.