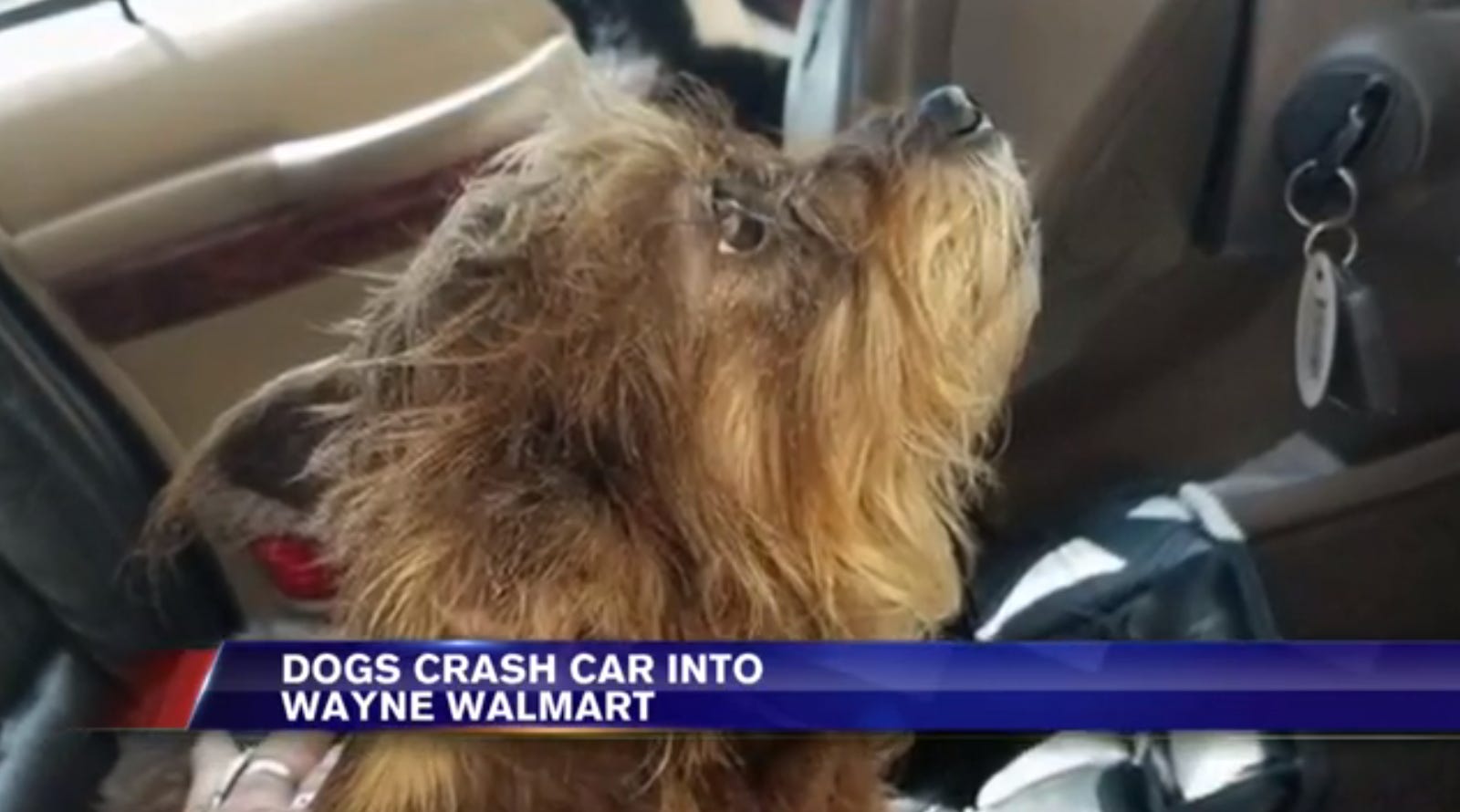 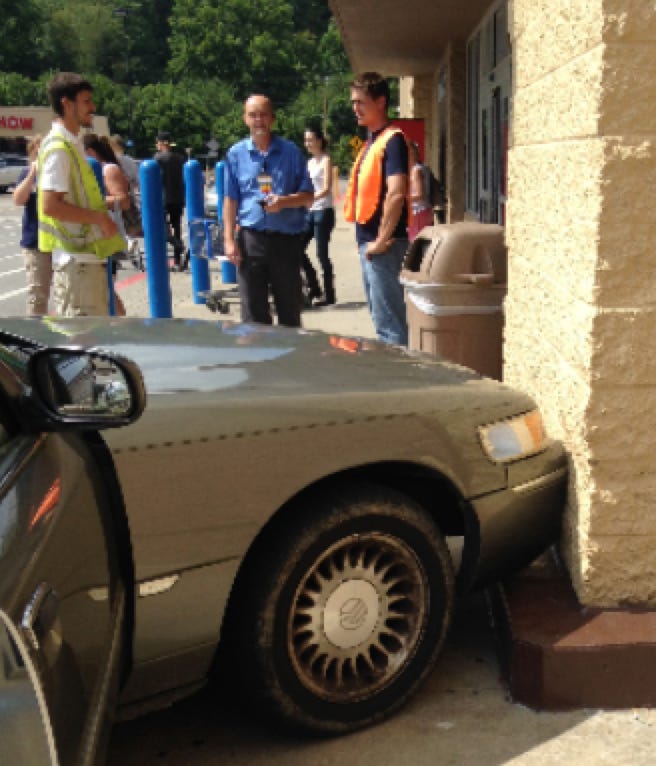 WAYNE, W.Va. (WSAZ) — Shoppers couldn’t believe who was behind the wheel after a car crashed into the Wayne Walmart on Friday. A witness tells WSAZ she was standing in front of the store when she noticed a car started moving from its parking space at the front of the lot in her direction. The woman says the car slowly moved straight toward her, and she at first guessed the driver was someone she knew who was messing with her. That is until she noticed the face of the driver was a dog’s. The woman got out of the way, and the car crashed into the store. She says a second dog was in the passenger seat, and after the wreck that dog somehow managed to roll the window down. The store paged the owner of the car, who turned out to be a woman the witness described as looking to be in her late 70s. The car owner said she left the car running while she went into the store so the dogs could stay cool, and the dog had managed the get the car out of park.

You see this face? 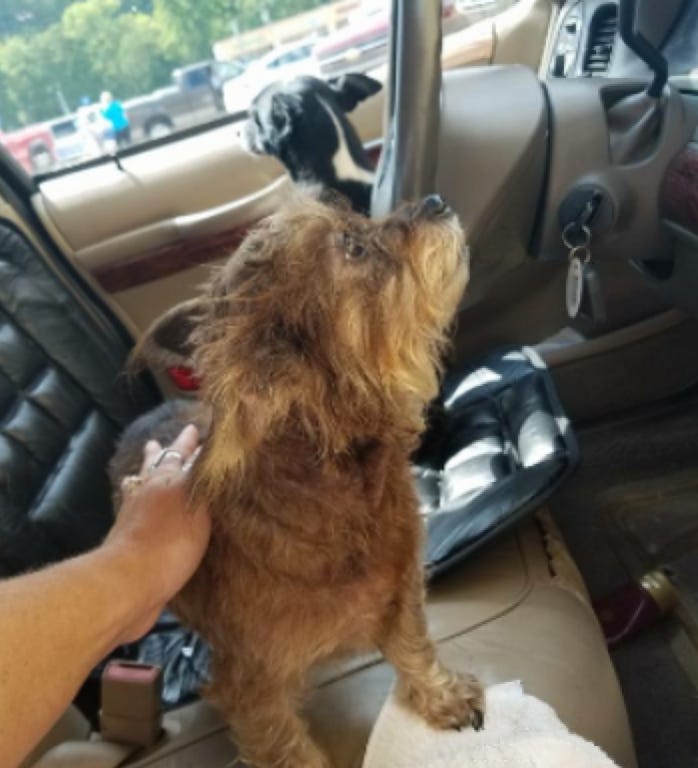 That’s the face of the Not Fucking Around Crew. That face doesn’t care if his owner left the car running so the dogs would have air conditioning. That’s not enough. That face doesn’t care if the owner was just running in quick to pick up a few things. One does not simply leave dogs in the car. Ever. Period. Plan the entire day around the dogs and make sure leaving them in the car isn’t even an option. If they do leave the dogs in the car, there are consequences. Like the dogs using the car as a battering ram and slamming it into the side of a Walmart. There are varying degrees of how much people think dogs can understand. Some will say this was an accident. Others will say the dogs were fed up and did this on purpose.

You know how I know this wasn’t an accident?

She says a second dog was in the passenger seat, and after the wreck that dog somehow managed to roll the window down.

Showmanship. It’s one thing for the dogs to accidentally ram into the Walmart but it’s another thing for the dog to roll down his window after the crash with a, “How you like me now bitch?” look on his face.