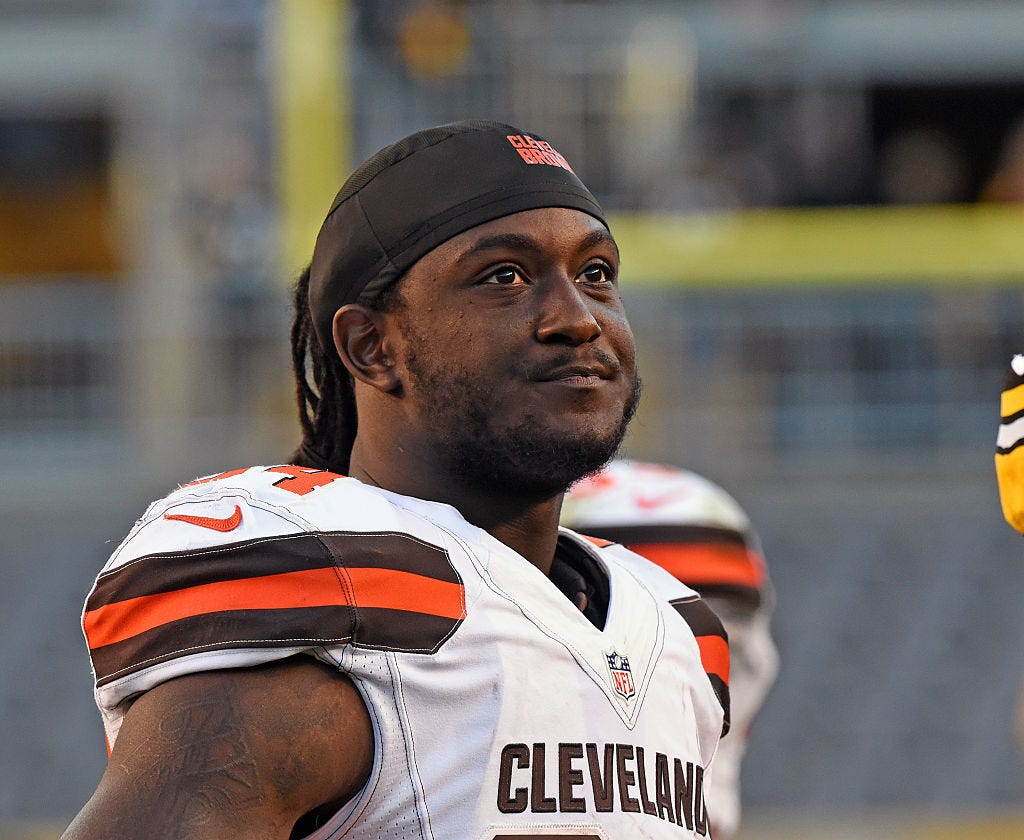 TMZ – Cleveland Browns player Isaiah Crowell’s apology for a tasteless social media attack on cops is falling on deaf ears — and in fact, police tell TMZ Sports … they’ll pull out of the Browns’ stadium in protest.

Crowell got blasted for posting an illustration last week of a cop getting his throat slashed by a masked person. He posted it on Wednesday — after Alton Sterling and Philando Castile’s deaths, but the day before 5 Dallas officers were shot and killed.
The running back deleted the post and the Browns demanded he publicly apologize, which he did.

But Stephen Loomis, President of Cleveland Police Patrolmen’s Association, thinks the “store-bought apology” isn’t enough. “He needs to go to Dallas, help the families who lost their loved ones last week, write them a check, look them in the eyes and give a heartfelt apology.”

Loomis says Crowell’s post was as “offensive as putting a picture of historical African-American men being hung from a tree in the 60s.” He adds that if Crowell doesn’t go to Dallas and make a donation, “I will pull Cleveland officers, sheriffs, state troopers out of First Energy Stadium this season if he doesn’t make it right.”

As for Crowell admitting he was wrong and acted out of rage — Loomis says, “You’re a grown ass man, and you claim you were too emotional to know it was wrong? Think we’ll accept your apology? Kiss my ass.”

You mean you can’t just delete an image like this after an hour on the internet and follow it up with a typed out Twitter apology and be forgiven by people that you publicly supported being practically decapitated by knife strokes to the jugular? 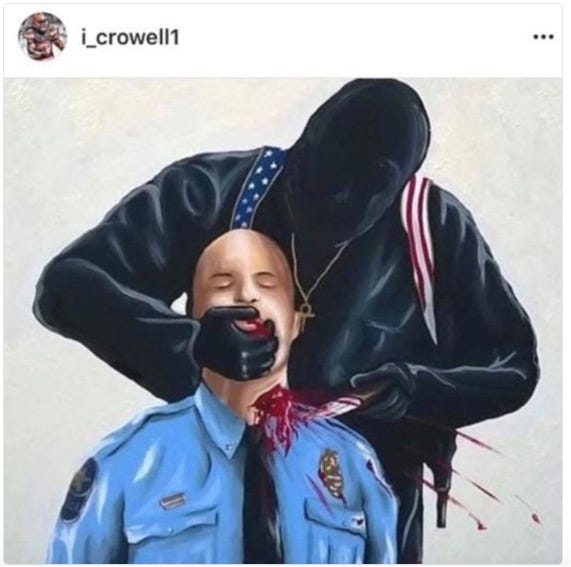 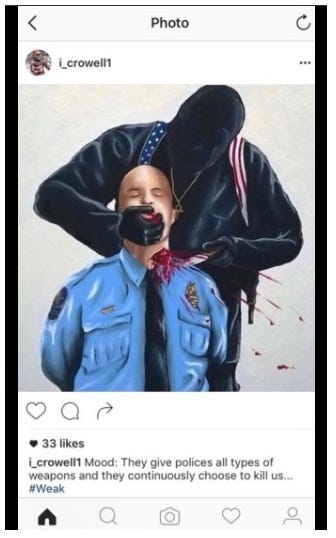 Weird. “Kiss my ass” is obviously the highlight but my personal favorite is, “you’re a grown ass man, and claim you were ‘too emotional’ to know this was wrong?”

Honestly shocked he’s still on the team at this point. I mean, not to be that guy who talks about his fantasy teams, but I had him on like 4 separate DraftKings lineups last season when he was the hot sleeper of the week. Dude sucks. Just feels like on the “Scumbag Troublemaker vs. Team Helping Talent Correlation Chart sponsored by Greg Hardy” Crowell is wayyyyy over in the corner of “not worth it.”

Browns are, at some point, going to have to attempt a franchise turnaround here, and seems like a mediocre cop hating running back who causes the police to refuse to protect anyone in your stadium isn’t the guy you want to do it with.