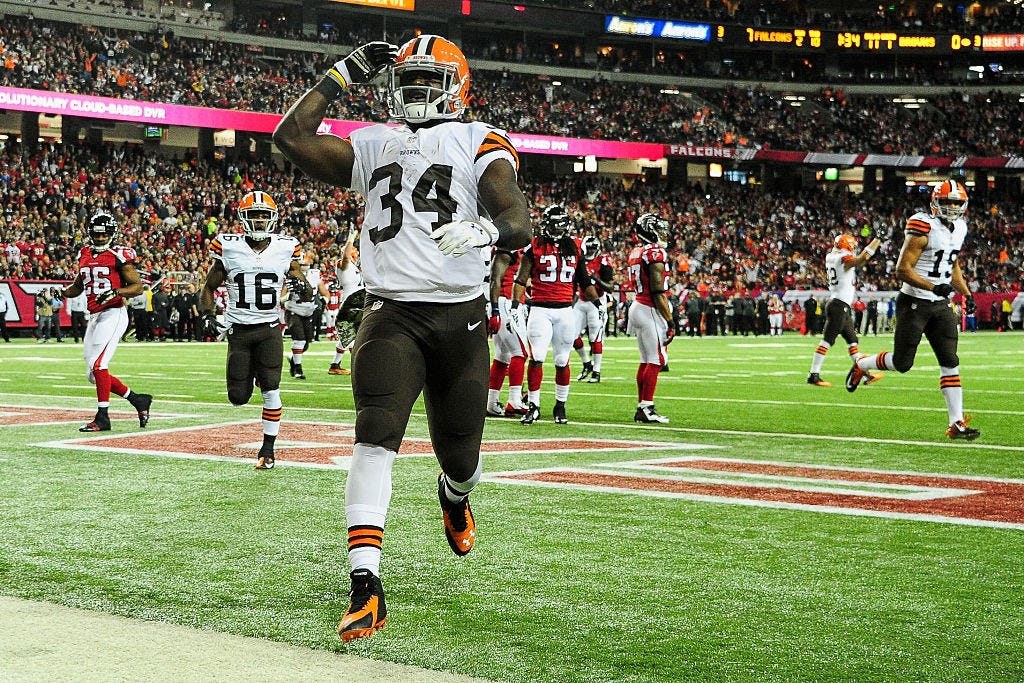 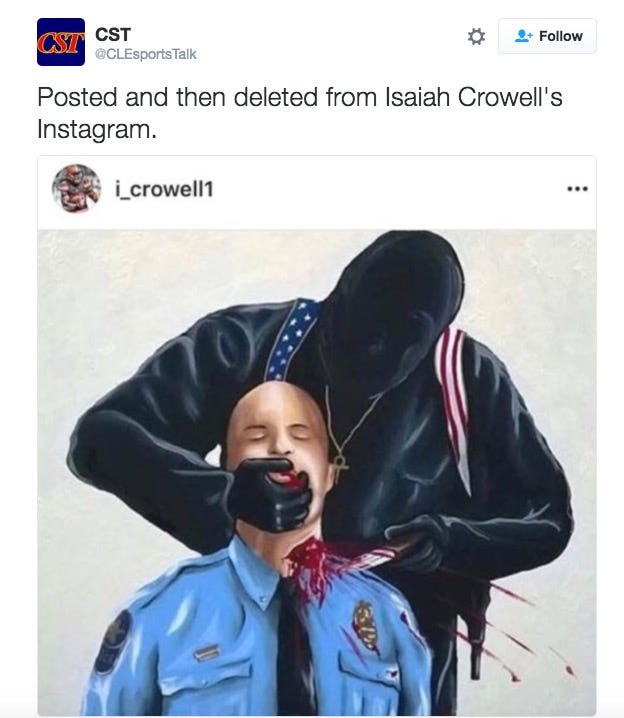 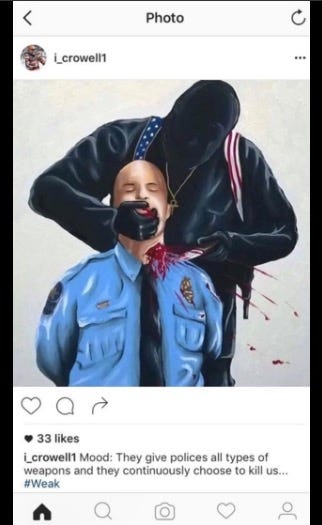 CLEVELAND (CBSNewYork) — An NFL player is apologizing for posting a graphic image on Instagram showing a man dressed in all black slitting the throat of a police officer.

Cleveland Browns running back Isaiah Crowell, 23, deleted the image he posted on Instagram showing blood gushing out of the officer’s neck. The image conjures up videos posted by the Islamic State of Iraq and Syria showing the terrorist known as “Jihadi John” beheading American and British victims.

“Mood: They give polices all types of weapons and they continuously choose to kill us…(hashtag)Weak,” the caption read.

Lot of nuance in the racial debates in America lately, people trying to find common ground and delicately address issues that have been bubbling under the surface for years. Hats off to Isaiah Crowell for just coming out guns blazing and taking a nice hard stance.

You don’t see that enough these days. Maybe in anonymous internet comment sections, but for a current professional athlete to put a name to the meme, pretty rare stuff. Rational people can waste their time talking about how multiple things can be true at the same time, like the fact that 99% of police officers are good honorable cops, while there are some bad apples that are racist, bullies, and/or just dumb and inexperienced. Or about how it’s possible that white people from the suburbs maybe don’t fully understand the black experience with police in the inner city, but classifying every police officer who ever puts on a uniform as a racist scumbag isn’t fair or even close to true. How frustration and anger can be totally justified, but blocking major highways and throwing rocks and glass bottles at police officers isn’t a good way to handle it.

It’s ok though, he apologized. 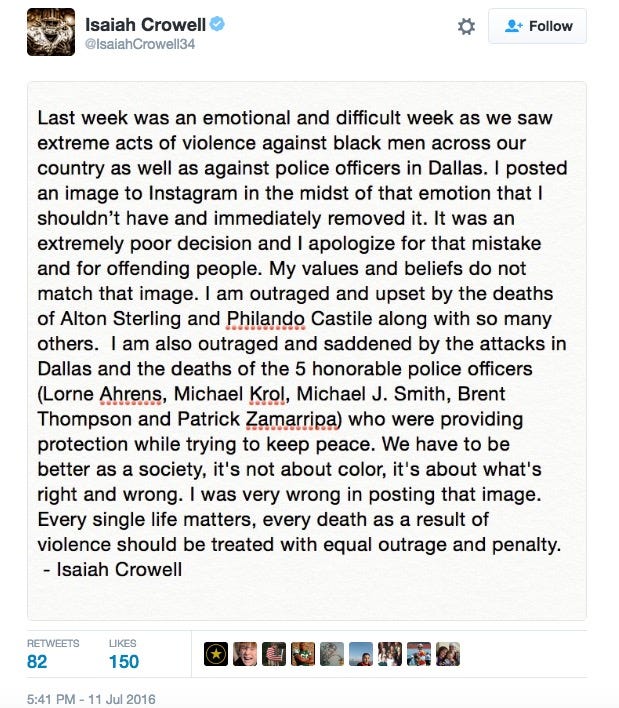 The Cauldron officially accepts that apology. Or they “understand” it.

As gross as this situation is this response kind of made me laugh. 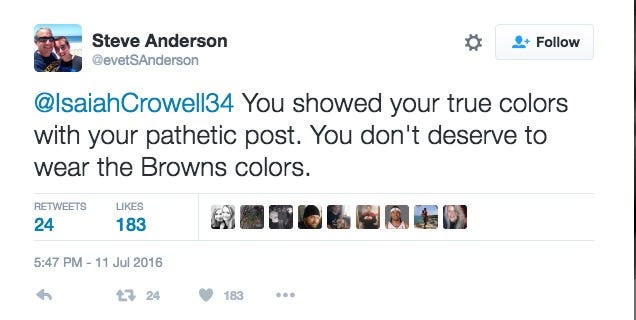 At this point anyone deserves to wear the Browns colors dude, you’re the Browns, no offense.