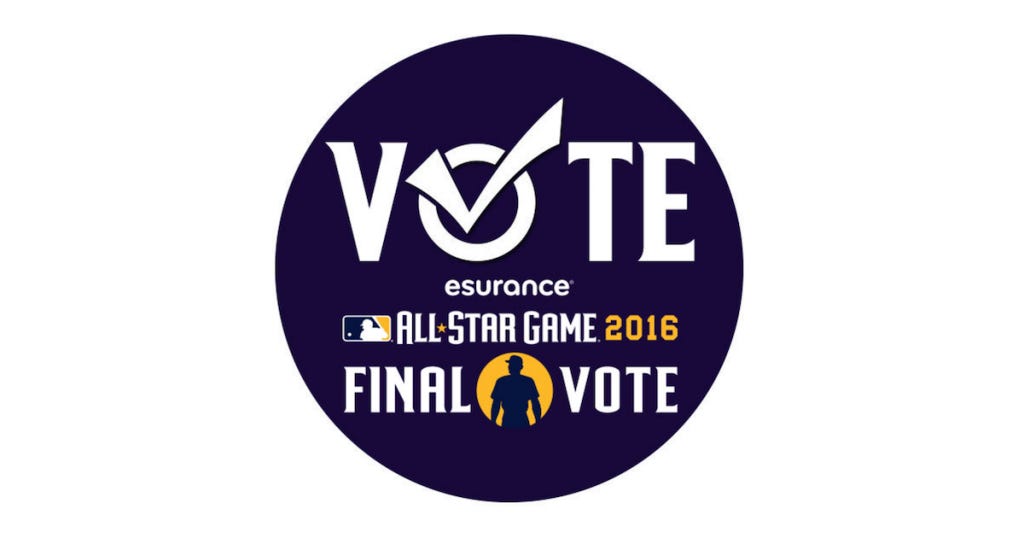 Earlier today, we broke down the American League Final Vote candidates for the MLB All Star Game. I figured out who my vote is going to. Be sure to check that out and let me know who you’d vote for. In my opinion, the National League candidates were way more difficult to pick a winner from.

Jake Lamb — Jake Lamb is one of the best players you’ve probably never heard of, and he also has the best campaign video out of any of the Final Vote candidates in either league. Not only is he leading the National League in slugging percentage (.625), he’s the only player in the league with a slugging percentage over .600. His .996 OPS also leads the National League, while he’s tied with Nolan Arenado for the league lead in extra-base hits (46). He’s tied for sixth in the league in total bases (175), and he’s in a three-way tie for fifth place in the NL in home runs (20).

I told you. The National League Final Vote is tough as hell to pick a winner. I think all five of these guys are having All Star-worthy seasons. For me, it came down to Jake Lamb and Starling Marte. A lot of these guys, I broke down how they compare to the rest of the players at their respective positions, but when Lamb’s season is so good that you can compare him to the rest of the entire league, and he’s still leading in some pretty major statistical categories, then the choice becomes very clear. The National League OPS leader should be at the All Star Game. #VoteLamb

You can vote for the NL and AL Final Vote candidates by clicking here.