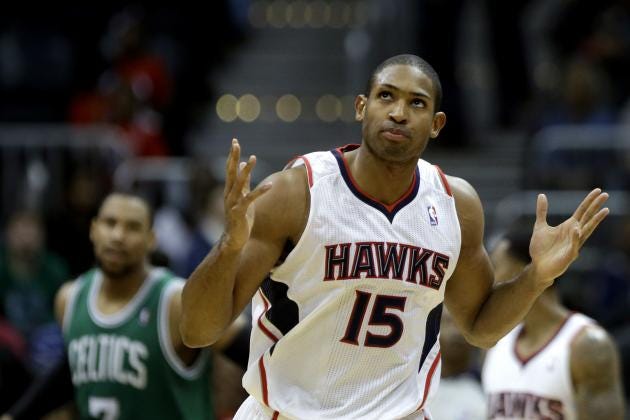 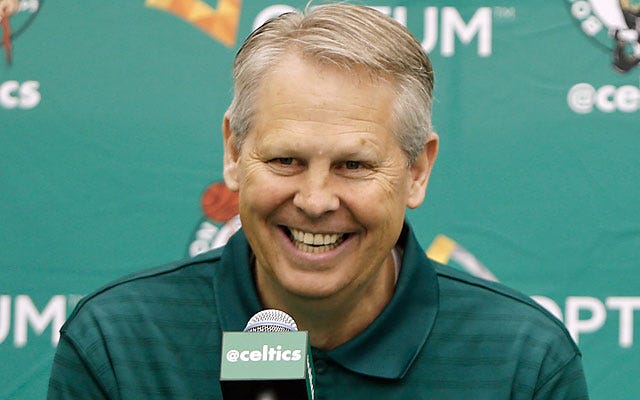 First off, I’ve now gone back and read the blog from yesterday. Yeesh. If we’re being honest, it all happened so fast I don’t even really remember it. One minute I’m just minding my own business celebrating America, and next thing you know green everywhere. Now that it’s been a few hours, this signing deserves a closer look and what it really means.

Let’s start with the fact that Ainge stepped up and closed. You don’t lose a one on one battle with Ernie Grunfeld if you want to walk around like the cock of the walk. After a controversial draft, Wyc gave us that one last of hope in FA. Personally, all I could do was roll my eyes, because not once in my 29 years on this planet have the Celtics brought in a big time FA in their prime, not by trade. When I called Horford the biggest FA signing in Celtics history, I wasn’t lying. If you’re going by player, it’s probably Dominique, but he was washed up. Is it James Posey? Washed up Jason Terry? Shaq? As you can see, the list isn’t pretty.

Al Horford is a 30 year old 7fter who was the best big man on the market. His max deal is an obvious no brainer, given the contracts that are going out. He gives the Celtics a athletic big man who can protect the rim, plays the pick and roll and pick and pop, can make a three, and a midrange jumper. He can play inside, he can play outside, and he can do shit like this

After you take a second to check back to the Celtics needs list, you’ll see Horford pretty much checks every box. I look at it like this, at least it wasn’t Dwight Howard. Why I like this signing so much, is that you don’t need to change your entire system to fit this player. He already slides in seamlessly. What I hated about a player like Dwight, is everything I love about a player like Horford. What he does for you almost instantly is give you a bazillion more options on the offensive end. Think of all of the curling sets the Celts can run where Horford is passing out of the high post to cutters. It’s intoxicating. This player is going to make everyone around him better, because not only do teams have to respect him on the block, but he now demands you commit to him when he’s on the perimeter as well. You know what that equals? Space. You know who thrives in space? Da Gawd.

Think of how Brad runs his offense. Think of the motion and the high pick and roll. Now you have a guy that shoots 47% (123-261) from 16ft and 34% from three. As a center. Outside of maybe Ryan Anderson, Horford is really the only big man that was available that really stretches the floor, but also protects the rim. 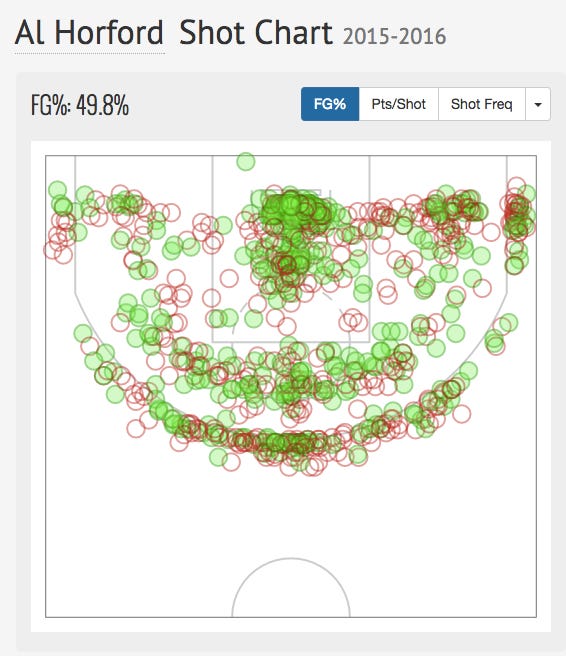 When I look at this chart I see a guy who excels at the top of the key (pick and pop) and thrives shooting corner threes. Find me a big man who better fits what the Celts attempt to do on offense, they are few and far between.

Now the big elephant in the room is what does this mean about Kevin Durant. All free agency we heard how Horford was on this exclusive list of guys Durant wants to play with. I want to believe that, I really really do. On the surface, nothing’s really changed. It will still require a crazy amount of luck for that to happen, especially this year. However, say what you want, but the Celtics are a more attractive option to not only Durant, but anyone, with Horford than without. Even if this is all they really do this offseason, it’s a wild success.

To be fair, it isn’t all roses when it comes to Horford. A couple things stand out to me that going in need to be talked about. He’s really bad at times guarding the pick and roll on the defensive end. That does give me cause for concern, especially once you get into the playoffs and teams start to hone in on your weaknesses. The hope is that coming into an already established strong defensive team will hide any deficiencies he may have. But that’s only half the story. People who are salty the Celtics finally brought in a big time player, will try and tell you he sucks because of how he disappeared in the Celtics series, and won’t end up making a difference come the postseason. I find that mostly ridiculous, instead let’s look at his career body of work. It is what you expect from a guy like Horford. He’ll live in the mid teens, get around 6 or 7 rebounds, but he’s going to shoot a good percentage (career 48% playoff shooter). You don’t bring in Horford to be THE PIECE, but instead, a very solid addition to the solid foundation you currently have. Maybe he brings in Durant, maybe he brings in talent we aren’t even thinking of, who knows. What we do know is that the Celtics finally backed up their talk about cap space and assets and all this shit. This was the first step, and by all accounts the first step is the hardest.

Only a matter of time before we get the KD news and I cannot wait.