Marc Bergevin better send Peter Chiarelli a nice bottle of scotch, some hookers and some blow for how everything played out yesterday. Because if it weren’t for that horrifying Hall for Larsson trade, Marc Bergevin would never be able to live down yesterday. While the trade for Shea Weber is still pretty terrible, at least Bergevin won’t be remembered as making the worst trade on June 29, 2016. But this video is perfect. Because you get a little bit of each character in Bergevin here. You have that twisted, sociopath-like quality from Dennis where he’s able to just lie through his teeth without feeling an ounce of remorse. You have the incompetence and ineptitude of Charlie while at the same time getting the false sense of superiority of Mac. And then he sort of looks like a bird, which gives you Dee.

Last rant on this trade until I’m done with it forever.

I think that we are all well aware that this was not a hockey trade. This had nothing to do with the Canadiens looking to get better on the blueline. This was the Montreal Canadiens having a persoanlity in their locker room that their team (coaches and management) just couldn’t handle. They had a superstar talent with a superstar personality, and they decided to stick with their coach who obviously isn’t worth the pile of shit he rode into town  on but hey, he speaks French so let’s make sure to prioritize that guy. 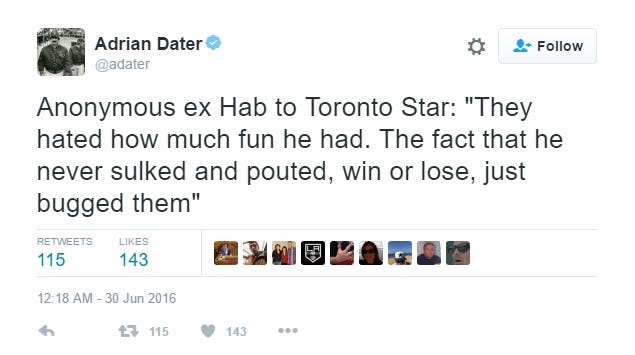 God forbid any professional athlete ever have fun out there. You know who Marc Bergevin is? He’s the lady who writes an open letter to the Charlotte Observer about Cam Newton. So sure, let’s just keep their shit dick coach and bring in more “leadership” to the locker room in Shea Weber while continuously trying to convince ourselves that Shea Weber is a better defenseman than PK Subban. Except for the fact that, you know, he’s not. And he’s older. And he’s getting older. I don’t like Fancy Stats. Not because I don’t think they serve a purpose in the game but because I don’t fully understand them. But you don’t need to know the ins and outs of these stats to see this graphic and realize that Shea Weber’s value is over inflated. 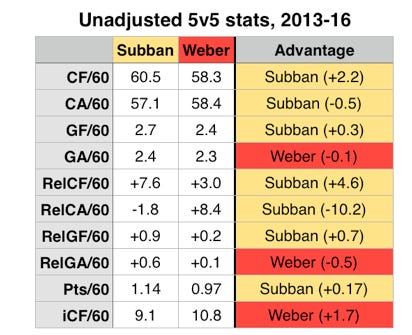 Granted, Subban had the best year of Carey Price’s career in 2015. But the numbers for 2016 would even the playing field with Weber getting to play in front of Rinne while Subban had Condon. I’m not saying that Shea Weber is bad at all. What I am saying is that everybody who just immediately dismisses PK’s defensive abilities is being a stubborn prick. And when you take into consideration that Weber is 4 years older than Subban and signed through 2026, well then the Montreal Canadiens better damn well hope that they win the Cup in the next year or two because Weber’s only getting older and slower as the years go on.

“I just feel good knowing that a team has moved someone to bring me in because they want me,” Subban said. “They moved a great player. Probably somebody that was the last player that everybody thought would be moved, but they moved a great player and their captain to bring me in. Obviously that shows a team that wants you. I’m just happy to be in a situation where I can excel and feel good coming to the rink every day about myself, about the team, about my position. More importantly I just look forward to trying to win a Stanley Cup. That’s your ultimate goal and I feel that I got a whole lot closer to doing that today.” 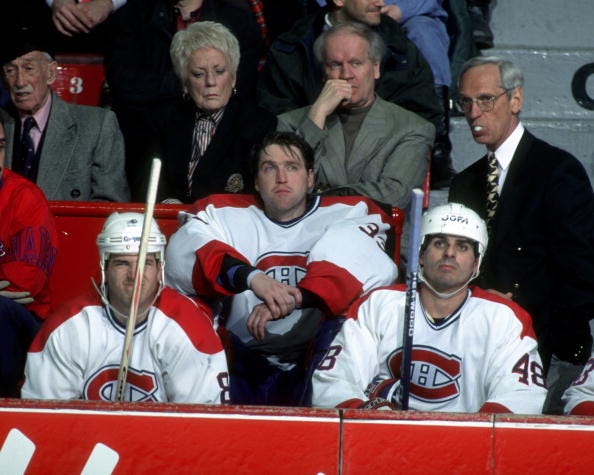 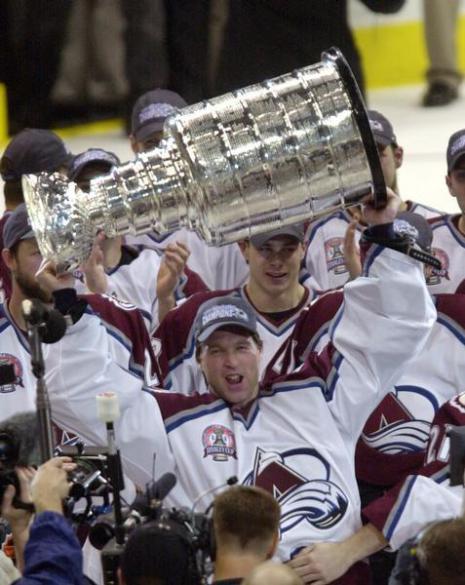