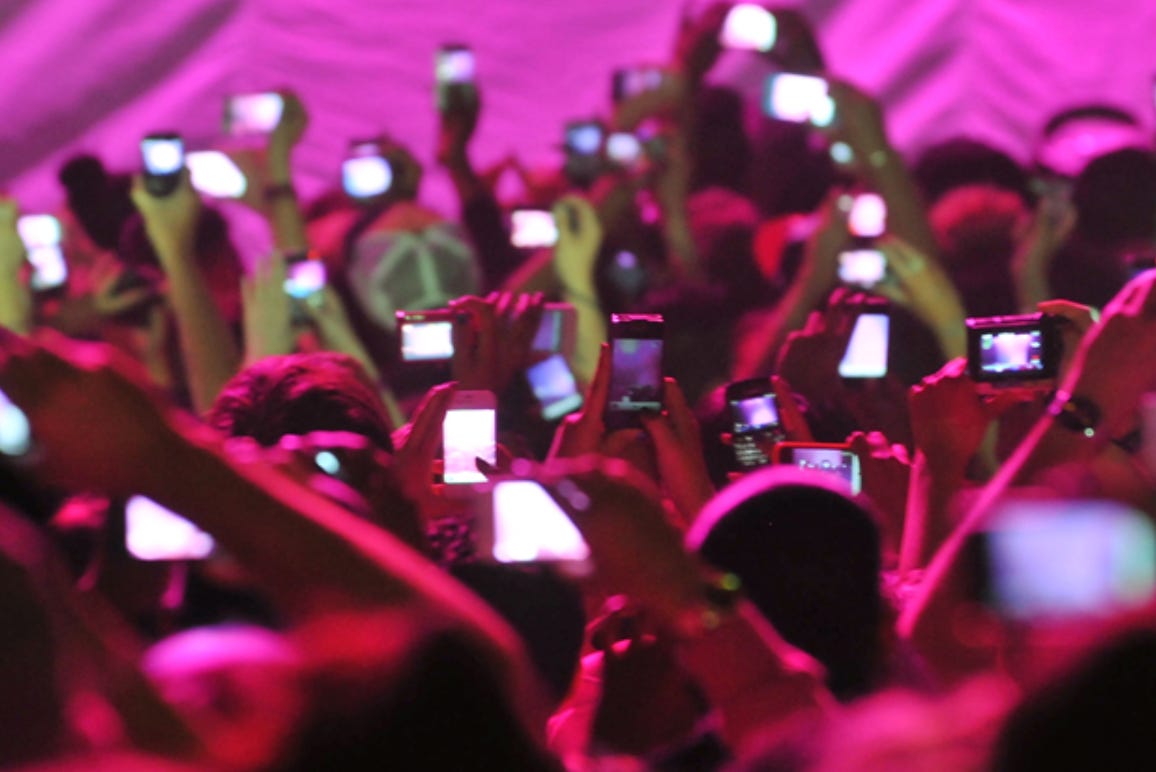 Variety- Audiences may soon need to put their phones away at live concerts after Apple patented a technology that blocks the iPhone’s camera feature. The new software, which hasn’t been officially introduced by Apple, would reportedly allow venues to use an infrared beam to disable a mobile phone’s camera, preventing users from taking videos and photos. The development comes as musicians and actors regularly complain about the growing use of mobile phones and selfie sticks at live performances, which allow fans to immediately share content on social media for the millions of people who didn’t actually pay for tickets. Artists like Adele, Jack White and Zooey Deschanel have publicly expressed frustration with the throng of phones at concerts. Meanwhile, actor Benedict Cumberbatch broke character during a performance of “Hamlet” last summer to tell audience members in London to stop recording him with their phones. “It’s mortifying and there is nothing less supportive or enjoyable as an actor on stage experiencing that,” the actor said.

DO IT. FOR THE LOVE OF GOD DO IT. Let me tell you something you already know. There’s nothing worse than waking up in the morning, checking snapchat and watching a girl’s 128-second snap story of her at a concert. I realize that’s a #FirstWorldProblem to the max but t’s the most annoying thing ever. Girls think it’s gonna come out great and that people are gonna just LOVE seeing them at a Beyonce concert. News flash ladies: cell phone footage of a concert is awful. We can’t hear anything. It’s just lights and screaming and gibberish. I know that you just want us to know that you’re at a Beyonce concert but a picture will do just fine. Apple should absolutely implement this. And I couldn’t care less about the filthy rich artists getting mad about people tweeting out their concert performances. Wahhhhhhhhhh cry me a damn river. This is about the little people who have to sit through that awful concert footage while laying in bed.

PS- Why don’t I just not watch a snap story when I see that they’re at a concert? Well because I have red American blood running through my veins and I’m always hoping I’ll get to see what sexy outfit the girl wore to the concert. Sue me.