Smitty: been there, done that 2 years ago. 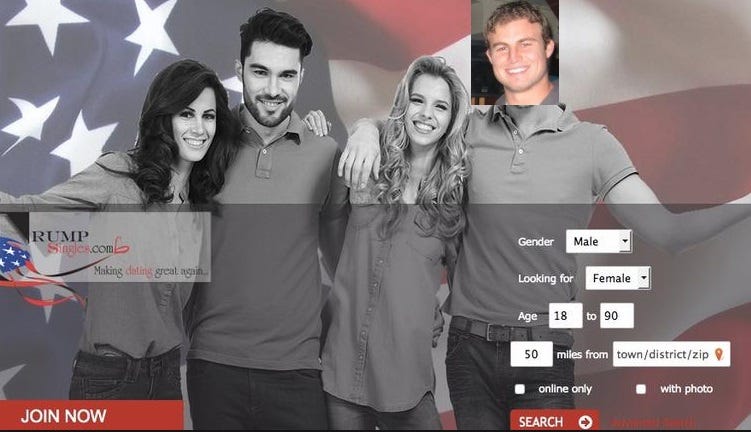 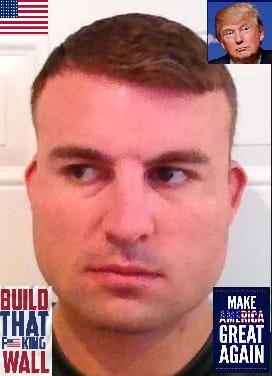 The struggle to find love has been a daunting task over the years. But now I feel finally like this is my time. Why? Because this is America, dammit. American history proves everybody’s got a chance. Ever hear of Valley Forge and Bunker Hill? Well, now I find myself on the most American dating site in the world, TrumpSingles.com. And yes, I had to sign up and pay money for the VIP to find my Patriotic soul mate. Capitalism, baby! Now Let’s Make Dating Great Again. 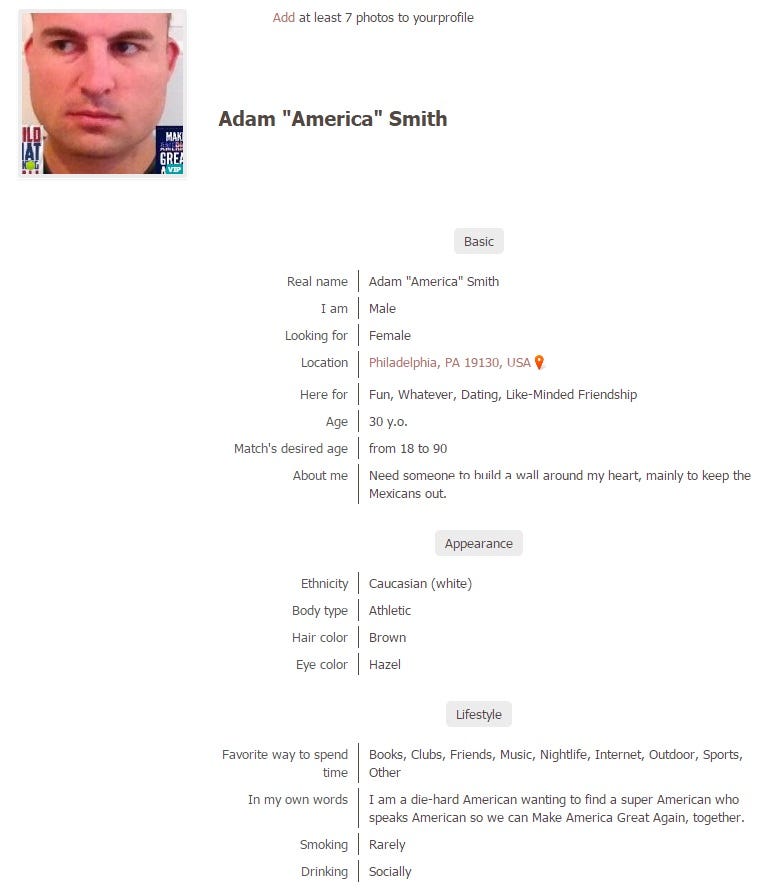 We’ll test the waters with a nice, freedom friendly ice breaker to girl #1: 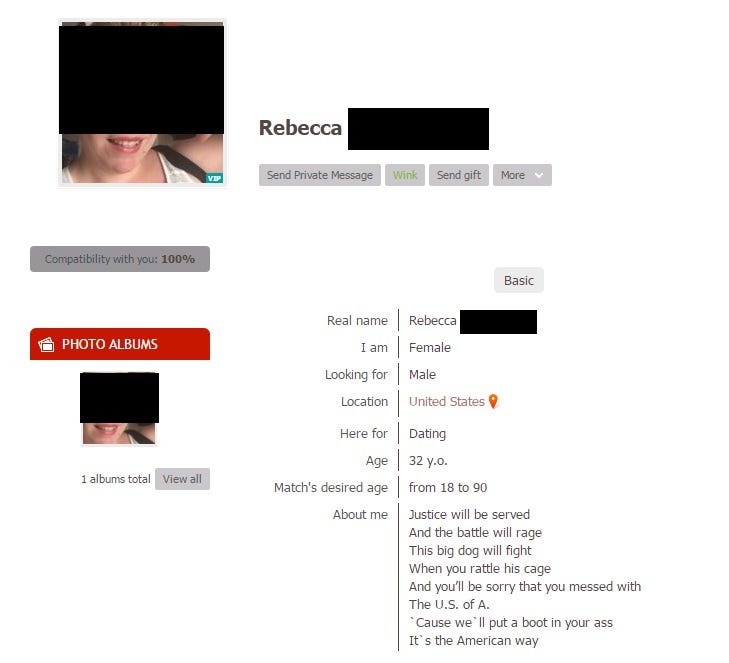 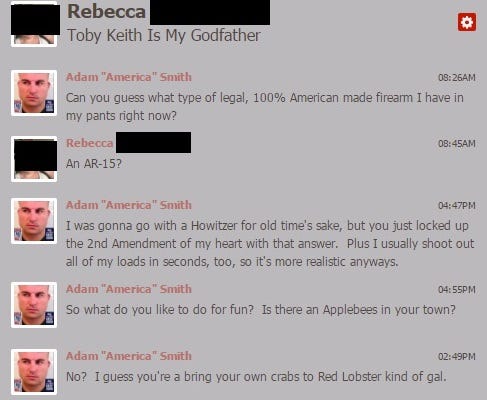 Guns and Applebees? A true heartbreaker how that wasn’t American enough for her tastes. Let’s try a new strategy. Trump has a way with words, and thus the women. It’s not exactly what he says, but how he says it. So for this next All-American Gal I’m only going to respond with quotes from some the most notable orators in history, even if they are all from dictators. 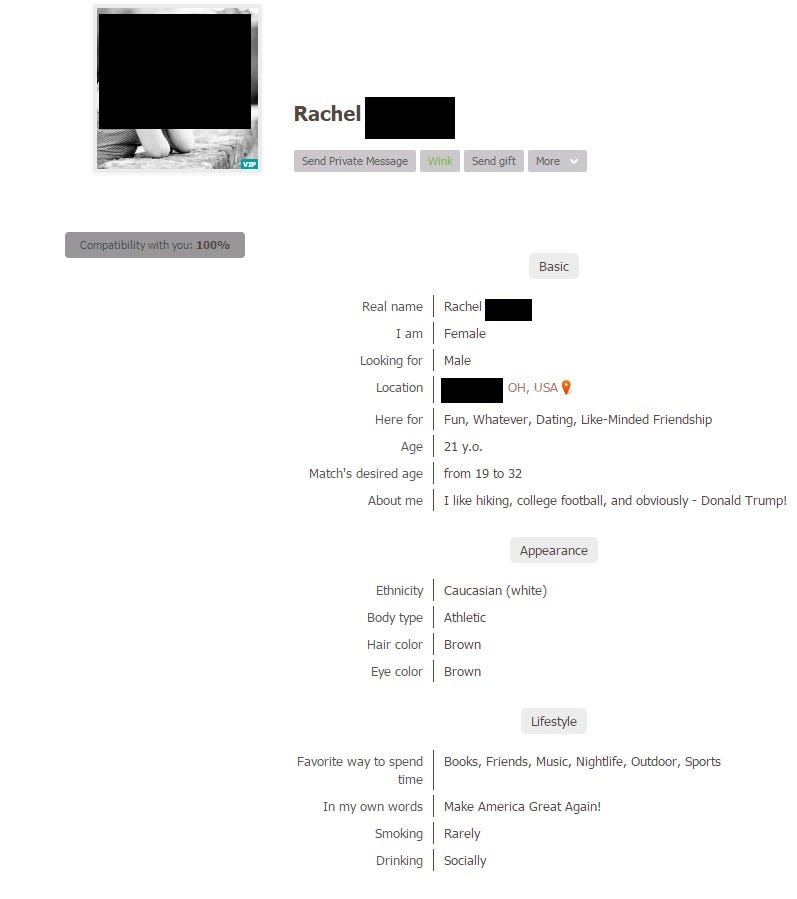 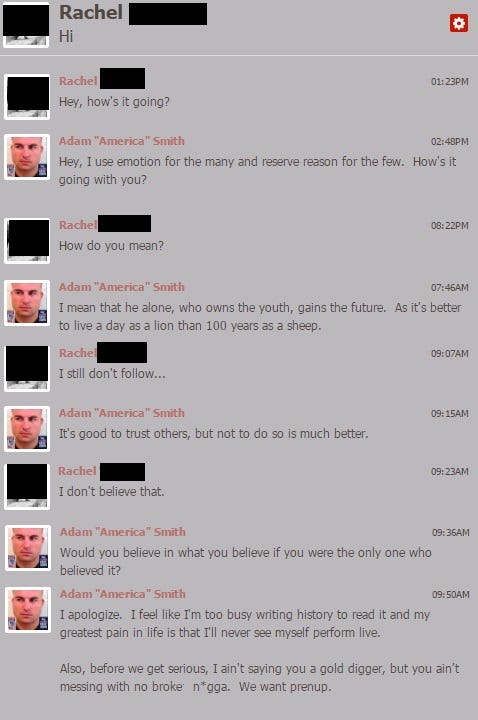 Psh. Any woman who can’t be serenaded by the sweet verbiage of Hitler, Mussolini, and Kanye is no woman for me (yes, I consider Kanye West egotistical and ruthless enough to be considered a tyrant). NEXT.

Oh, what do we have here. A profile that sets woman’s and minority’s rights back 50+ years in just a couple short sentences? And here I thought I didn’t believe in love at first sight. 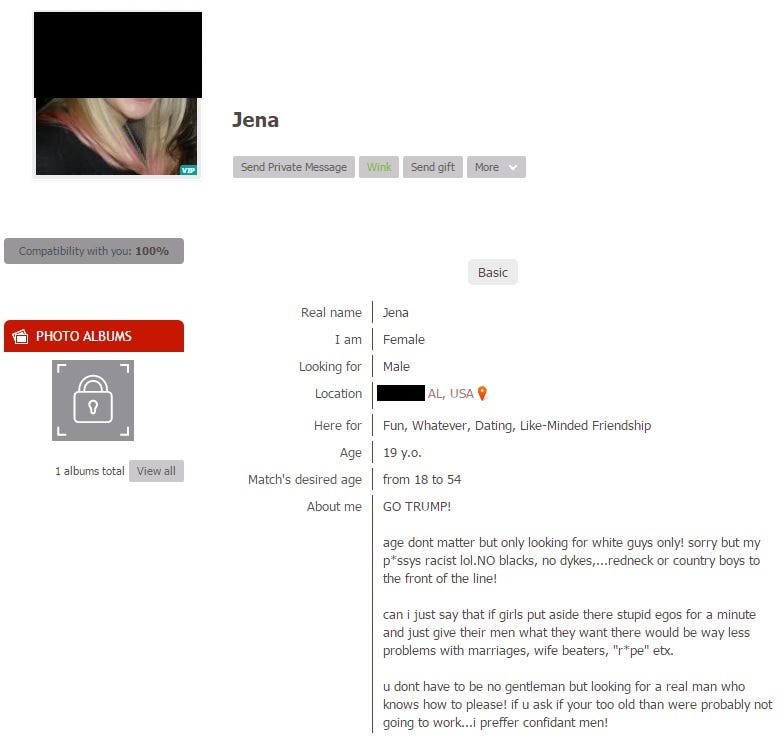 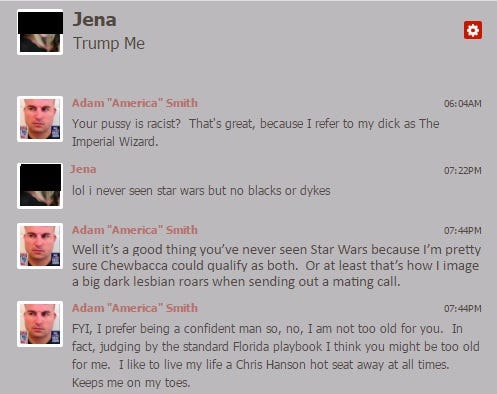 SIDENOTE: For reference, way to come off the top rope, Mom and Dad. I got Got.

Back to the lady and, more importantly, her profile in question: 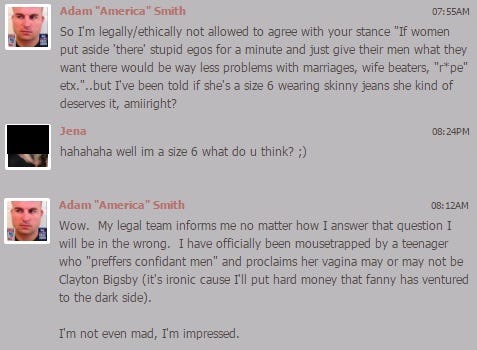 I guess (Chernin’s lawyers said) it twas not meant to be. Whatever. Screw it. Let’s see if maybe we can Make America Great Again by switching teams. Couldn’t hurt with the way I’m striking out looking for the hetero squad. This guy Robert seems like one hell of a model American that could maybe hit from both sides of the plate. 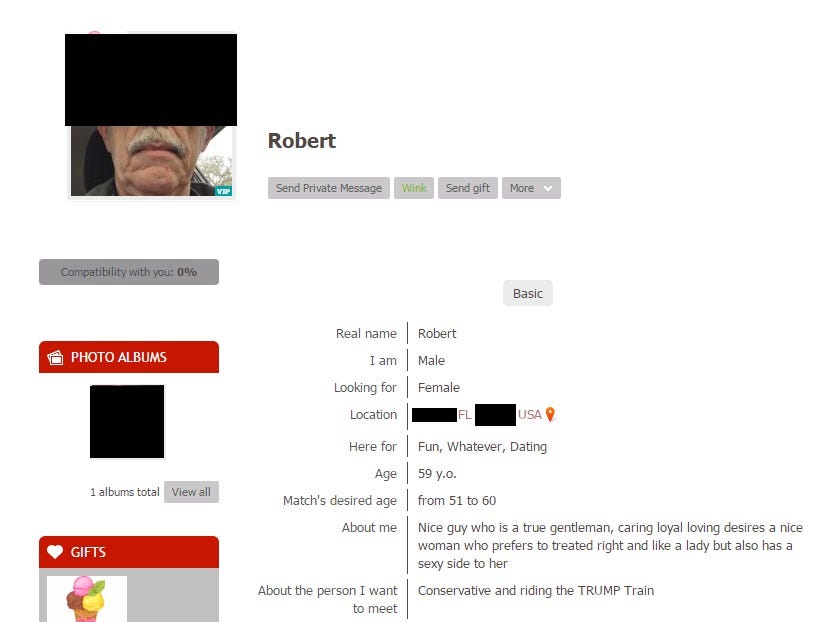 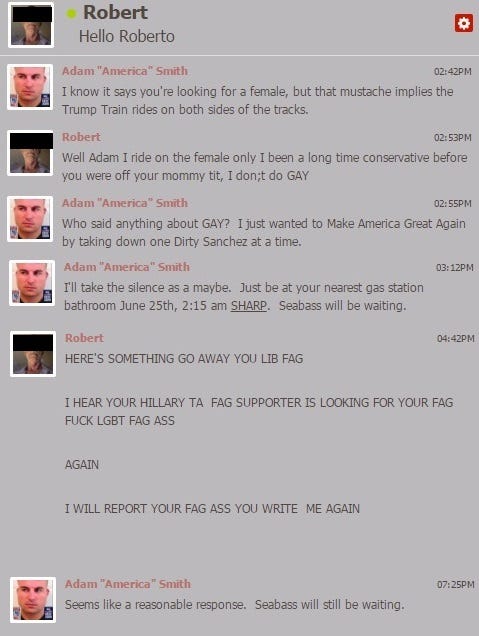 Hopefully Robert took Seabass up on the offer and somebody ended up finding love. Wine ‘em, dine ‘em, sixty-nine ‘em.

And that ‘s that. Guess we’re still destined to wander this Earth filled with illegals alone. Until next time, here are other dating site adventures from Smitty’s Saga For Love:

The Search For The Next Dating Site To Conquer