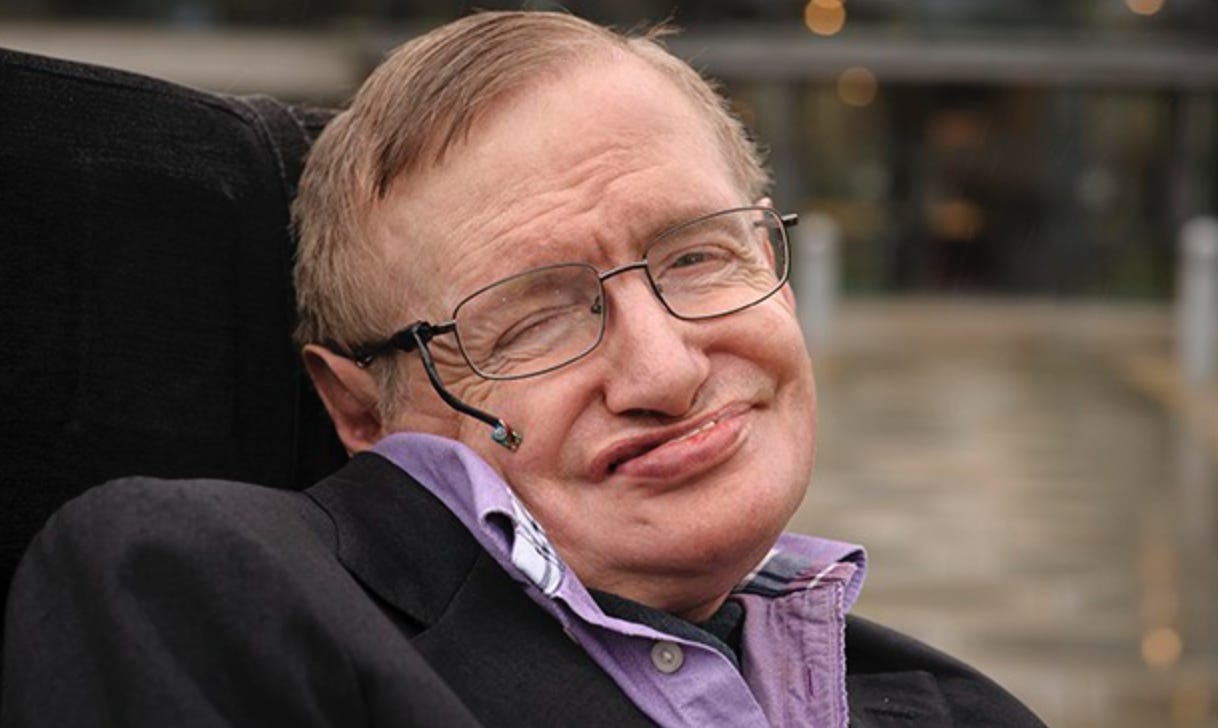 RT- One of the world’s smartest humans has grave concerns about artificial intelligence “going rogue.” Stephen Hawking appeared on RT’s “Larry King Now” Monday to discuss a wide range of topics – from the rise of robots to one of the universe’s biggest mysteries – women. Here are just a few of the best moments from their conversation. While machines help Hawking stay alive and communicate, he’s concerned about the direction in which Artificial Intelligence (AI) is moving. Pointing the finger at governments around the world, Hawking said he believed they were “engaged in an AI arms race, designing planes and weapons with intelligent technologies” instead of channeling money towards projects “directly beneficial to the human race such as improved medical screening” which he said “seems a somewhat lower priority.” “Once machines reach the critical stage of being able to evolve themselves, we cannot predict whether their goals will be the same as ours.”

Hey man, chill out. If you don’t have anything nice to say then don’t say anything at all. That’s the rule Stephen Hawking needs to live by going forward. I’ve said this before but every time he opens his mouth/types on his keyboard, it’s always something negative. Always always always. That we’re gonna get swallowed up by a black hole or that our greed is going to be the end of us or that robots are gonna fly past us in evolution and wipe us out. I realize that Hawking is probably in a bad mood all the time cause he got dealt a bad hand with his disease but don’t take it out on the rest of us. Don’t be mad at us that you can’t enjoy a beautiful day without thinking about how the sun is gonna explode one day. Hawking has a platform because he’s the smartest man in the world but it’s a real downer when all he uses that platform for is to scream, “WE’RE ALL FUCKED!” We all know we’re fucked. We don’t need a reminder of that on top of everything else.

PS- I’m totally with Hawking on the fact that robots are gonna take over one day and kill us all. He’s definitely right but here’s the thing. Make enough predictions about the demise of human civilization and you’re bound to be right eventually. Not exactly groundbreaking when one of his 10 million guesses is actually right.