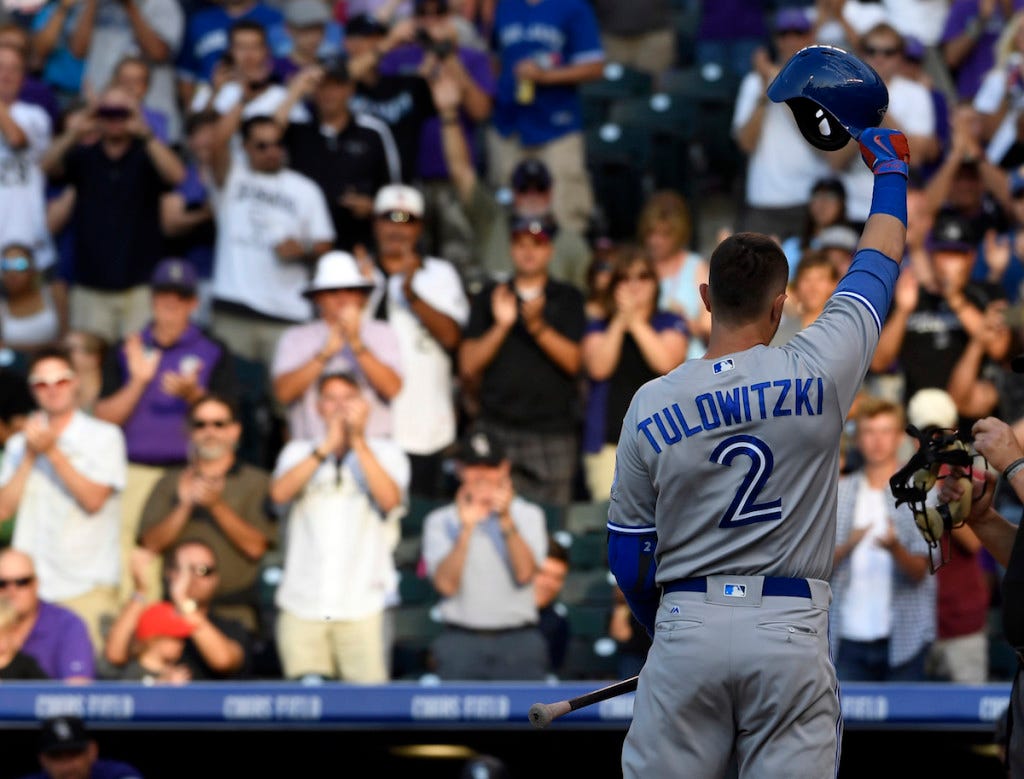 Pretty cool moment here, which I’m sure Troy Tulowitzki appreciated a lot. What he didn’t appreciate, though, was being traded in the first place. Here’s what he said after he was dealt to the Toronto Blue Jays last July:

“I felt like I got blindsided a bit. I thought I was in the loop, in the conversation,” Tulowitzki told The Denver Post on Tuesday afternoon. “So it definitely caught me by surprise. I was shocked, and it caught me off guard. I think maybe I was a little naive to think I would be so connected to the [trade] process.”

“They told me they would keep [me] in the loop, and that if anything got serious, they would talk to me about it,” Tulowitzki told the Post. “So, to get pulled out of the game in the ninth inning and be told I was traded, I was shocked.”

So what you’re saying is that he’s sucked since the Blue Jays traded for him?