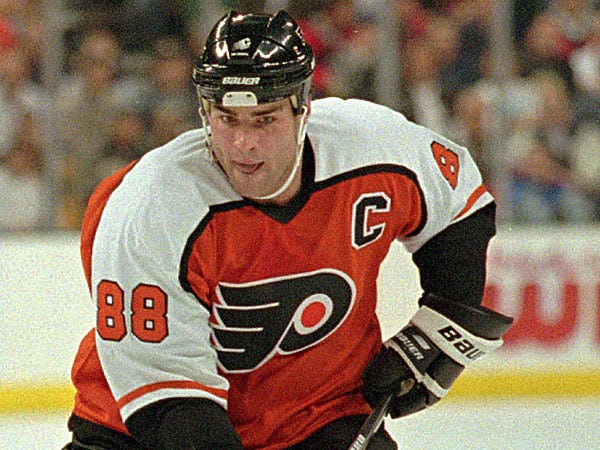 Hey, what’s right is right. And Eric Lindros deserves to be inducted into the Hall Of Fame in his 6th year eligible. Sure, his injuries and helicopter Dad downgraded a first ballot HOF lock into a discussion of getting in, but he’ll finally be enshrined with the best of them. There’s no doubt about it – Thanks to his gargantuan, graceful frame, Lindros might have been one of the best hockey talents to ever take the ice. The man was a certified beast out there. And assuming his brain hasn’t fully turned into Jell-O (thanks a lot, Scott Stevens), Lindros is probably very excited about the honor. Just have to make sure to keep the lights dim during his induction speech. Those billion and one concussions don’t mix well with natural light.

For real though, good for 88. It’s a damn shame he didn’t turn out to be a Hockey God like he was projected to be, but the HOF isn’t anything to sneeze at.