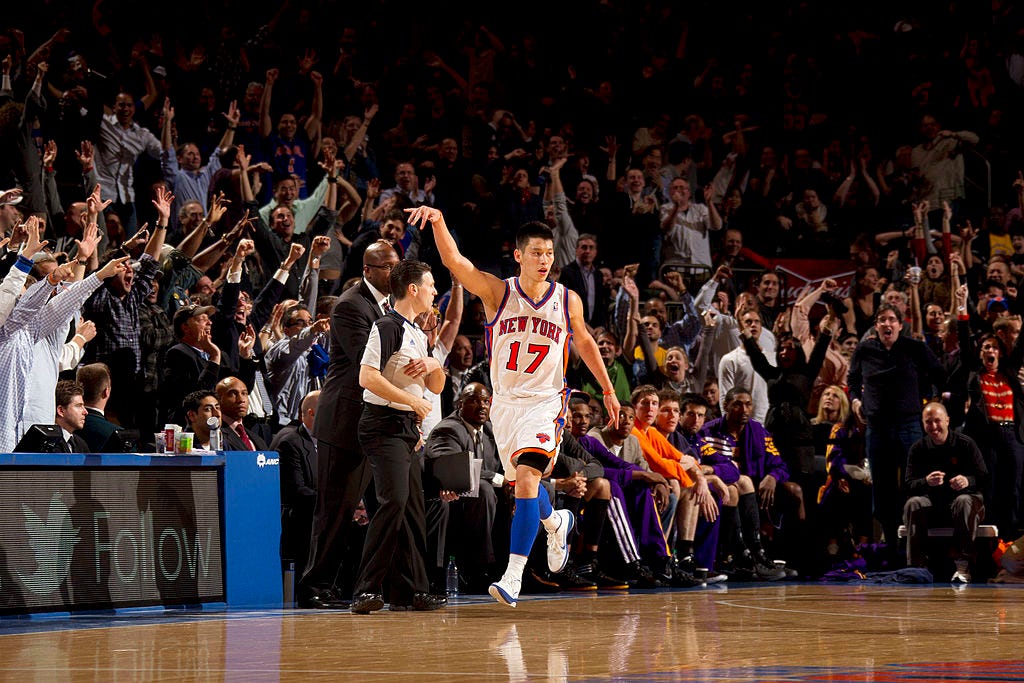 SI- Jeremy Lin will be looking for a new home this summer, and though he doesn’t think a return to the New York Knicks is probable, he’s open to a reunion. “It’s not looking likely, because they just traded for Derrick Rose,” Lin said in a conversation at the World Economic Forum in China. “But I will say, ever since I left I’ve been open to going back, and I still am. Never say never. That’s the one thing in the NBA. Never say never. So I’ve always been open, but right now, I’m not sure it’s the best timing. The six-year veteran believes he is entering the best years of his career, so the fact that the Knicks just acquired a starting point guard would make a return a bit tougher. “I want to find a home,” he said. “I want to see how good I can become. I’m 27, an athlete’s prime in the NBA is usually 27–30.”

I wanted to touch on this rumor since the story kind of blew up the other day. I have been a Jeremy Lin fan since the Linsanity days and would love him back at MSG. But I do not think there is any chance that Lin comes back. Regardless of what he and Carmelo Anthony say, I feel like there was some legit heat between the two at the end of that wacky season, which bubbled back up when the Rockets had a Photoshop of Melo wearing a Rockets jersey with Lin’s number on it, which was easily one of the dumbest controversies in the history of the NBA. And even if Melo and Lin could work things out and the Knicks wanted to meet Lin’s price tag (both highly unlikely in my opinion), there is still one person that was allegedly VERY upset that Lin signed that poison pill contract down in Houston.

As for the latest in #NYKD. 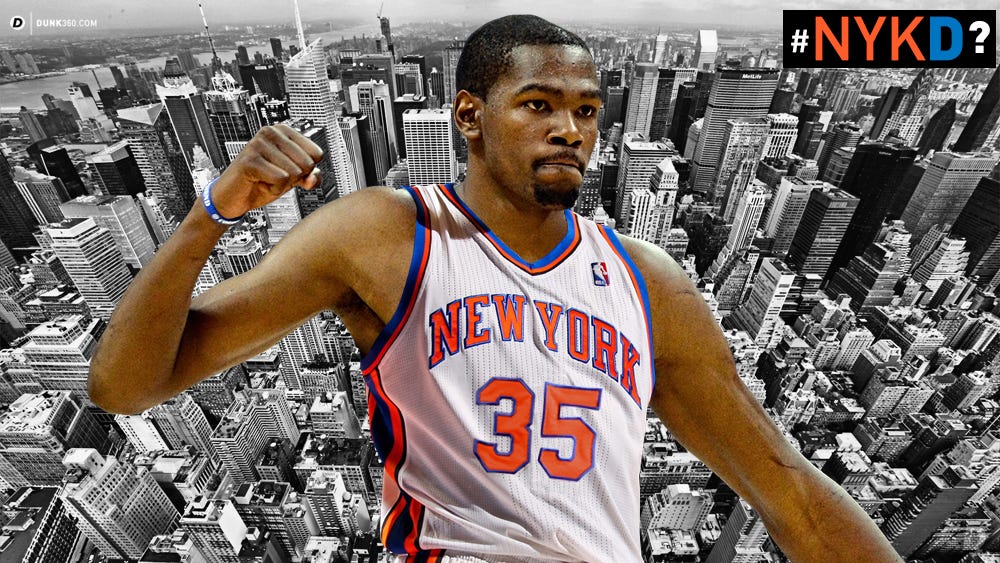 ESPN- Kevin Durant and his representatives have added free-agency meetings with the Boston Celtics, Miami Heat and Los Angeles Clippers, a league source confirmed to ESPN’s Chris Broussard. The three additions join previously reported plans for face-to-face talks with the Golden State Warriors, San Antonio Spurs and Oklahoma City Thunder. Durant is also considering meeting with the New York Knicks but has no plans to talk to his hometown Washington Wizards, the source said.

Yes some people are going to say that not being one of the first five teams to have a meeting scheduled with Durant may be a negative. Or that he still hasn’t scheduled a meeting. But I am going to tell myself that this is all because the Knicks are just waiting for Lil B to be available to promise that he will lift the BasedGod curse while Phil Jackson makes it rain championship rings on the negotiating table. Or this is just a stupid goddamn joke that has gone on too long and trading for a player that was once great but now injury prone wasn’t going to lure one of the premier NBA free agents to the Knicks.

#NYKD is officially back on!!! That is in no way a blow off on the level of “let me talk to my people and we can circle back next week” line. At least he hasn’t been flat out ignoring us like he has ignored Washington, right? RIGHT?!?!?

(Why do we do this to ourselves?)