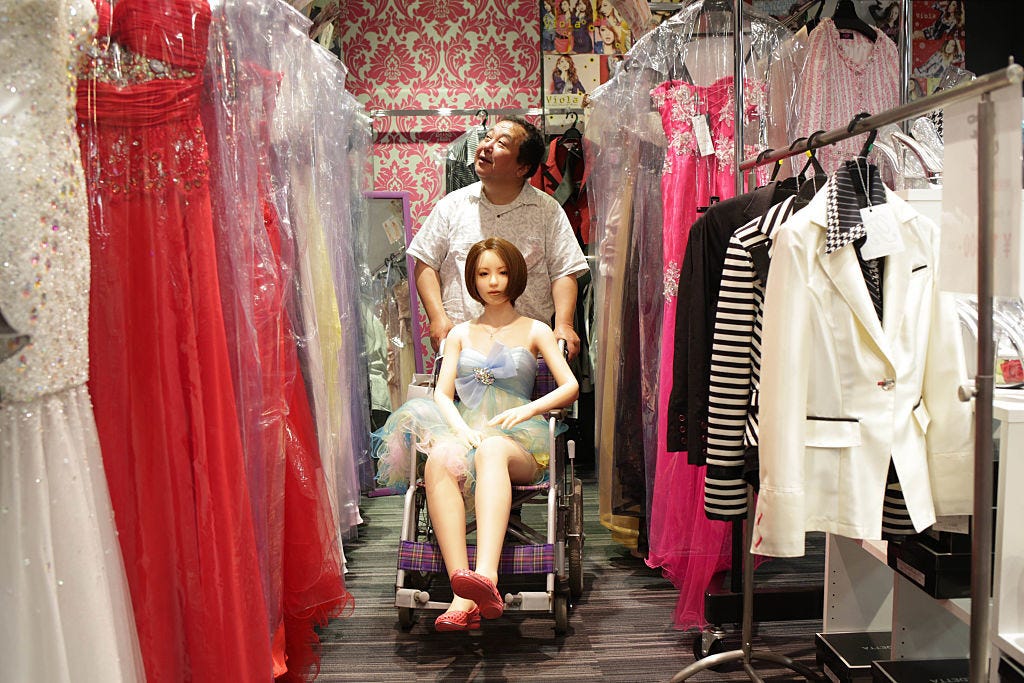 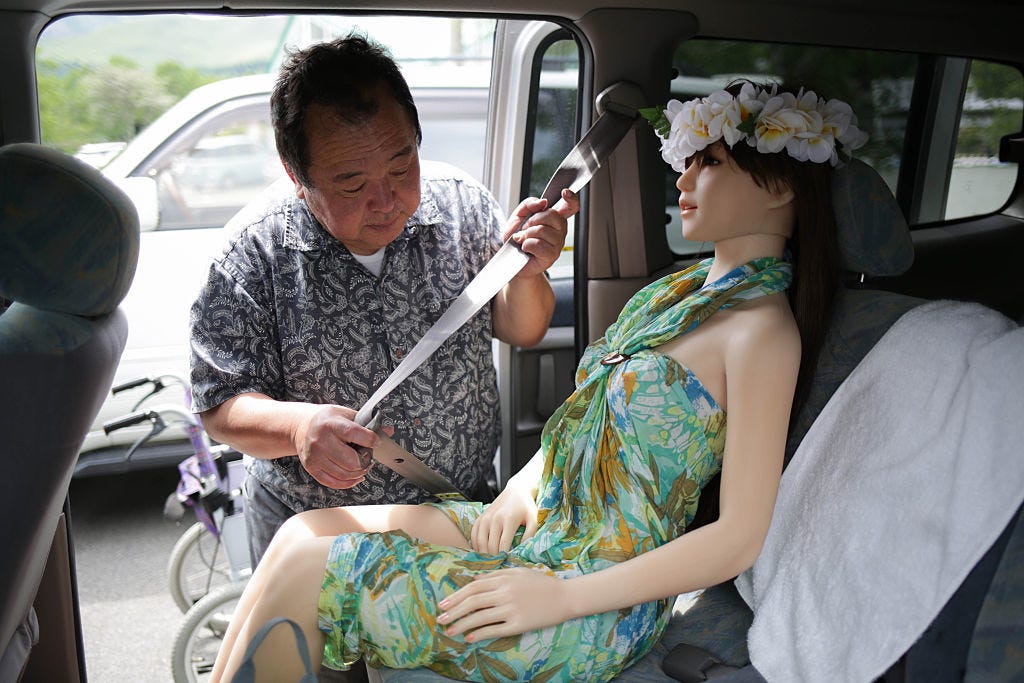 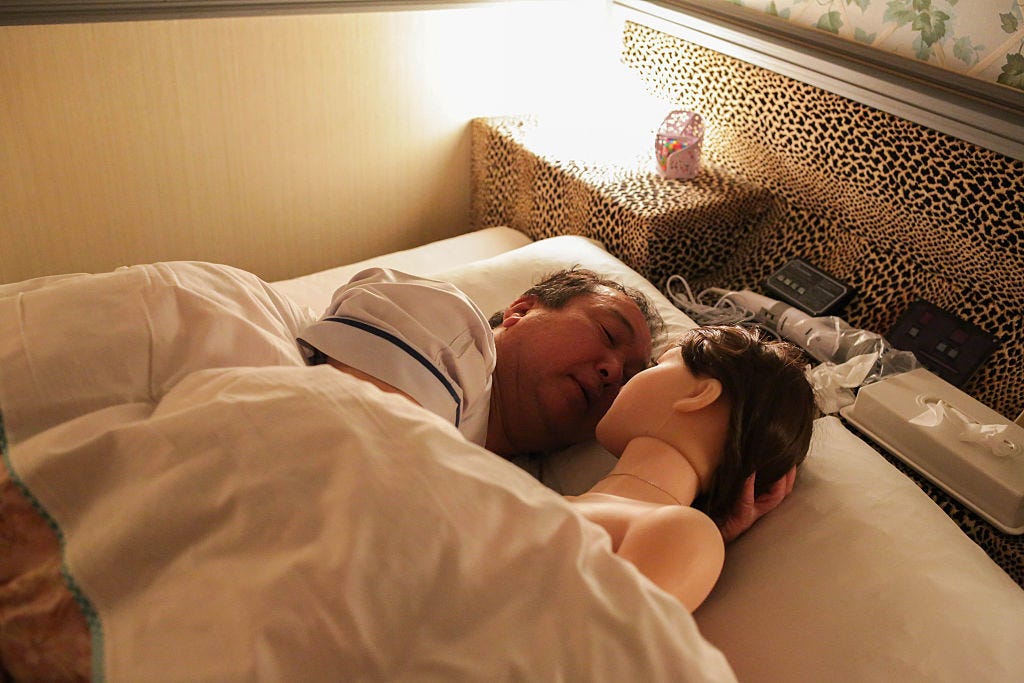 Daily Mail- A Japanese man has revealed he has finally found happiness with his girlfriend – a silicone love doll. Senji Nakajima, claims he enjoys the ‘perfect’ relationship with ‘Saori’ – even taking the dummy out shopping to buy it fancy outfits – despite the fact that he is married to a woman with whom he has two children. Senji, 61, from Nagano, lives with his life size doll in his apartment in Tokyo where he enjoys a physical relationship with it – but he claims he is happy because his plastic companion isn’t ‘after only money’. The businessman said he first introduced Saori to his life about six years ago after becoming lonely while living away from home for work.

To begin with, Senji only used the doll for sexual purposes, imaging that it was his first ever girlfriend in fantasy scenarios. However, after Saori helped to fill Senji’s lonely evenings he began to develop stronger feelings towards the dummy a few months in, and started having a ‘relationship’ with it, saying it is ‘more than just a doll’. Senji says that he discovered that his plastic companion had an actual original personality and the pair formed a bond – enjoying days out together as well as romantic evenings in. Speaking of his silicone partner, Senji says: ‘She never betrays, not after only money. I’m tired of modern rational humans. They are heartless.’

I don’t know if it’s because of 2016 seems to be a progressive year or what, but this story doesn’t surprise me in the least. Granted I feel like I’m Winston from Ghostbusters after a few months on the job and have seen enough crazy shit in my limited time here to turn anyone white. But I think we can all agree once you get over the mental hurdle of fucking a piece of plastic consistently to get your nut, you have reached the next level of weirdness. Once that piece of plastic resembles a full blown person, you have again leveled up. And then once you start bringing that fake fuck buddy out on dates, you have officially completed your training in the arts of perversion. Once you go out in public and interact with other human beings like this, any chances of normalcy ever returning is zip zero. 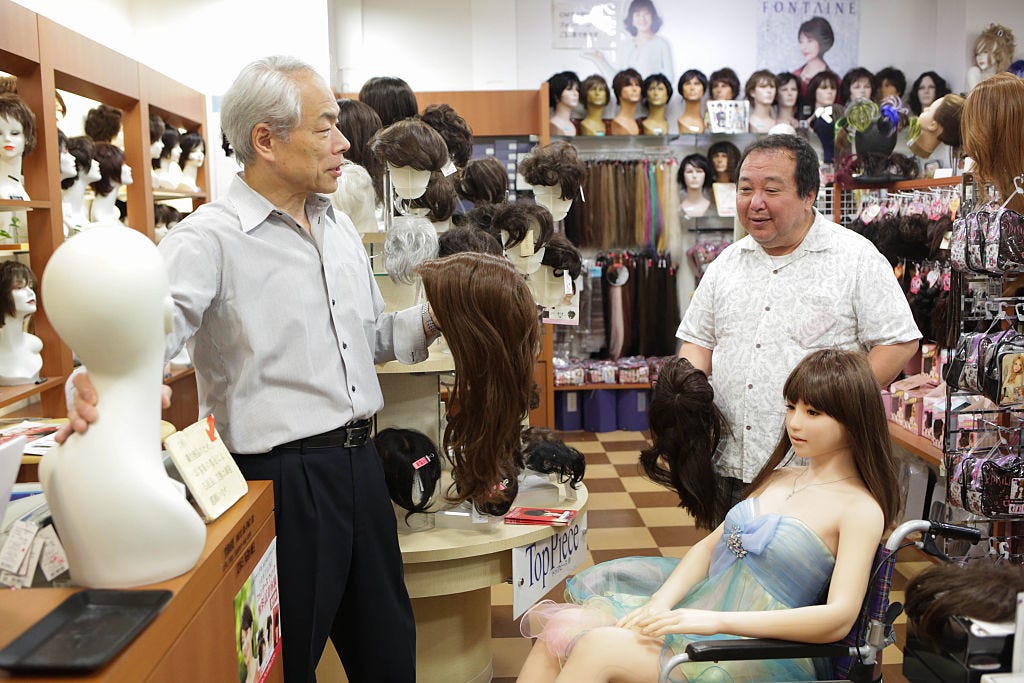 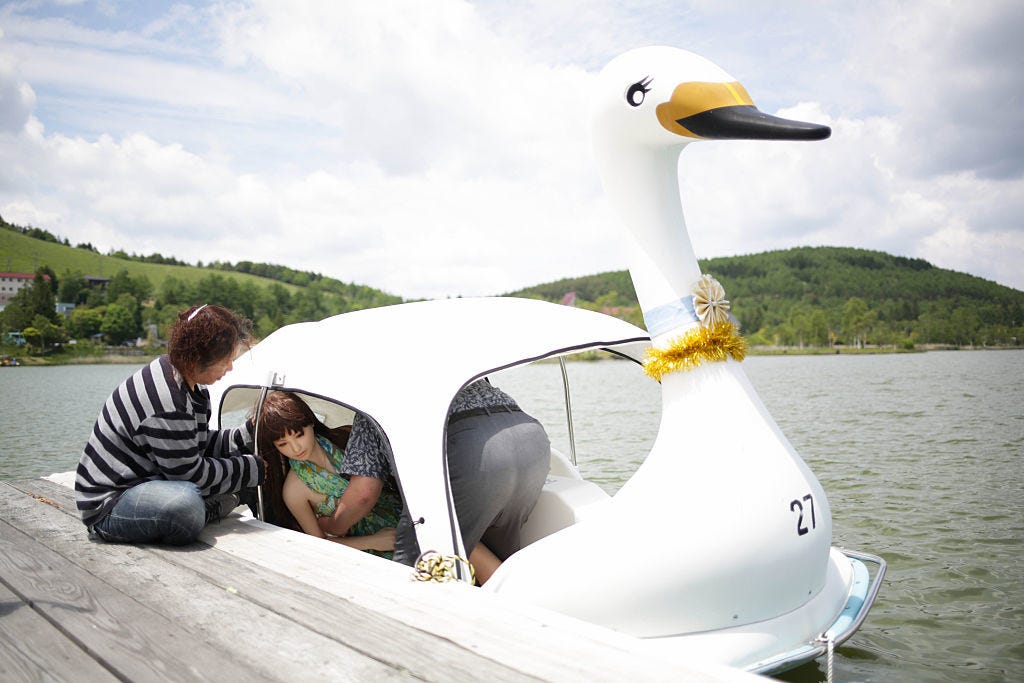 However, I’m sure the sex makes it all worth it for my boy Senji. Plus you don’t have to worry about your girl talking your ear off or just using you for your money. That’s a huge W for Senji. However, the one thing I will say is that this guy’s kids better start lifting weights now. Because your dad being a doll fucker is bully bait. Actually considering the crazy shit we see out of the Japanese, if you told me there were millions of people on that crazy little island fucking dolls, I wouldn’t be shocked one iota. So maybe it’s the kids whose parents DON’T fuck plastic pussy that are the weird ones. Regardless, never ever change Japan.