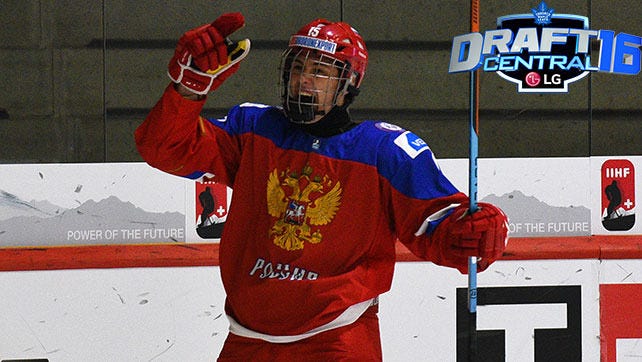 The phrase “_____ is playing chess while everyone else is playing checkers” often gets overplayed, especially on this website. But that’s exactly what Ron Hextall is out there doing. Since taking over as General Manger for the Philadelphia Flyers, he’s done nothing but make cerebral, calculated moves to put this organization in the best possible position for the future. So when the Philadelphia Flyers were up at #18 tonight with forwards like Kieffer Bellows, Julien Gauthier, Max Jones, and Riley Tufte all left on the board, Ron Hextall did what he does best and made a move. Obviously that means Hexy and the Flyers weren’t as high on those prospects as everybody else seems to be. So he traded the 18th overall pick to the Winnipeg Jets in return for their 22nd overall pick, and then swapping Philly’s 79th pick for Winnipeg’s 36th. The Jets took Logan Stanley at 18, who wasn’t even somebody who was on the Flyers’ radar at all so we’re good to go there. You’ll see tomorrow that the swap from 79 to 36 is going to be the kicker that makes this move a huge win on Hextall’s part.

But with the 22nd overall pick in the 2016 NHL Entry Draft, the Philadelphia Flyers selected German Rubstov out of the Russia u-19 program. He’s a 6′ centerman who plenty of scouts are EXTREMELY high on. And here’s the thing. I’m an idiot. I’ve always said that I’m an idiot. So if the scouts say this is a solid pick, then I have to believe them. If this was Paul Holmgren’s Flyers, then they obviously take Max Jones at 22. If this was Paul Holmgren’s Flyers, they probably take Riley Rufte. But Hextall knows what he’s doing and there’s a plan here. The Flyers got a great 2-way center with plenty of hockey IQ out of this pick and now they have another pick ready to early in the 2nd round.

The one thing that still bothers and worries me with German Rubstov isn’t the fact that he’s Russian. It’s that his first name is “German”. Last time I checked, they lost back-to-back World Wars. Not a great omen for the kid. However, because he’s Russian that means that he’s been fed Meldonium since the day he was born. Kid has been on steroids since he left the womb. So I’m all good to go with this pick. In Hexy We Trust. And the Flyers’ prospect pool continues to get deeper and deeper.