I’m not even going to begin to try and explain the repercussions, both good and bad, of Great Britain saying peace out the EU. I’ve done my fair share of reading about it, and suggest you do too. But it is absolutely hilarious who voted to stay, and who voted to leave. You know when you see a video of a bunch of Tiko Texases fighting in IHOP and you’re like “shit, their vote counts as much as mine”. Welp, same thing here. 71% of people with college degrees wanted to stay in the EU. The majority of people under the age of 50, as well as 75% of those 18-24 wanted to remain as well. It’s the old people yelling at the clouds, and the uneducated who are the reason they are leaving. 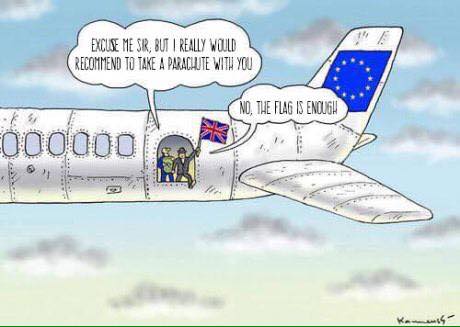 I swear to baby Jesus the biggest reason they voted the way they voted is because of the hashtag #Brexit. Everyone saw this hashtag all week, not many knew what it meant, but did you ever see the other side? Nope. It was all #Brexit, #Brexit, #Brexit. Case in point:

It’s very Trump-esque. Just use catchphrases and pander to the old and dumb, stir up controversy, and use fear tactics, and voila, you can make change.

What else does the #Brexit mean? Well, it means we’re all poor!

My stocks are taking a beating: 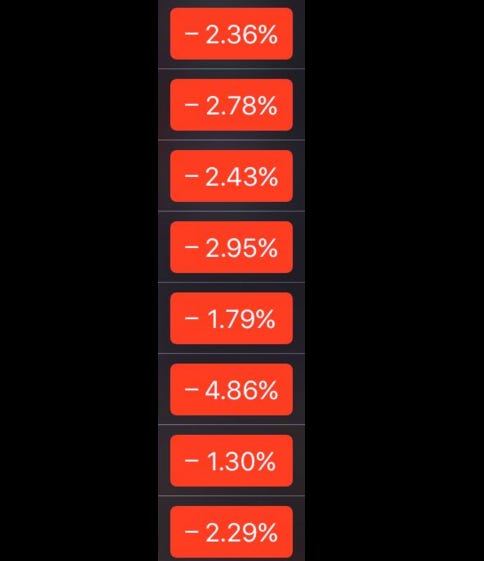 The DOW plummeted 500 but is gaining back some right now 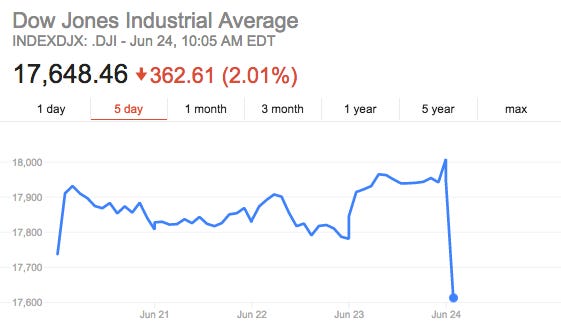 And the British Pound is at a 31 year low.

Good if you want to make a trip over to England though, your money will go further than in a long, long time.

Just waned to do a quick little blog about what all is happening so people have a small idea about what’s going on with this whole thing. Overall, for the majority of us, this doesn’t really change anything in our day to day lives. The market will recover, you probably haven’t been investing in foreign currencies, and I don’t think any of us care that much about Wales or Scotland.