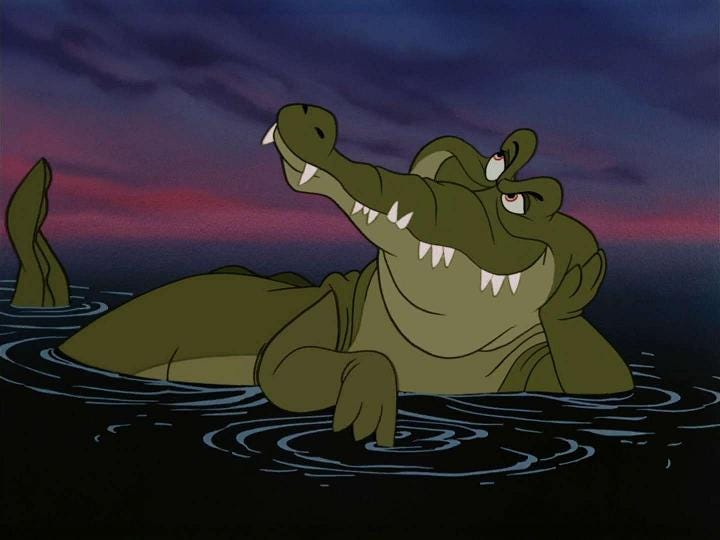 Daily Mail- Disney World have cut all alligator and crocodile jokes and characters from its Orlando resort in the wake of the fatal attack on a two-year-old boy. It is less than two weeks since two-year-old Lane Graves died after being dragged into the Seven Seas Lagoon at Walt Disney World by one of the predators.
Today, Disney reopened its beaches, which now have fences and signs warning visitors of alligators in the area. But the signs are not the only change to the resort after the tragedy. Walt Disney World has also removed all alligator and crocodile jokes from the park’s scripts, as well as familiar characters such as Peter Pan’s Tick Tock Croc, InsideTheMagic reports. Visitors on the Jungle Cruise ride may notice that the boat captain no longer makes a crocodiles on the shore of the attraction. One joke in particular, which has been in the ride’s scripts since the early 1960s, warned parents to ‘watch your children, or the crocodiles will’.
Visitors say staff no longer try to scare tourists by claiming that the rickety bridge on the tour may dump them into the crocodile pit below. Even the Tick Tock Croc float, which typically appears in the Magic Kingdom’s Festival of Fantasy parade, has been temporarily removed over decency concerns.

I understand the thought behind this stuff. An alligator ate a kid at a Disney resort and the people running the park never ever want to see that again. I don’t think anybody wants to see that again. But doesn’t this seem like using a bazooka to kill an ant? I mean I don’t think you should be cracking jokes that a crocodile may eat your kid or you may fall into a gator pit. And there should be nothing in the resort’s limits that looks like a real gator. But eliminating all references to an entire species, including cartoons and people in costumes, seems like a slippery slope. If a lion gets loose and eats someone at Animal Kingdom, do all references of Mufasa and Simba get the axe? And what if there is an outbreak of some Rookie difficulty version of the Black Plague that spreads from mice? Goodbye Mickey Mouse, the franchise player of Disney. All because they set the precedent with gators.

And this is the most ridiculous part of the entire story:

However, the alligators inside Epcot’s Living with the Land attraction, both fake and real, remain.

Am I taking crazy pills here? You are eliminating the mere mention of alligators as well as people dressed up in suits in other parks, but leaving real life alligators in Epcot? Fucking Epcot man. The weirdo but kinda cool uncle of Disney World. Wanna drink around the world and get drunk as fuck on your vacation with your kids? Go to Epcot! Want to learn about random shit instead of riding awesome rides? Go to Epcot! Want to go to the only place in the entire resort where you can get eaten by smaller yet evolved dinosaurs? Go to Epcot! The people in charge of Disney can convince millions and millions of people to visit Orlando, Florida every single year and that it’s the happiest place on Earth. I think they should be able figure out a way to eliminate every living croc and gator within their resort’s limits.
Follow @TheClemReport