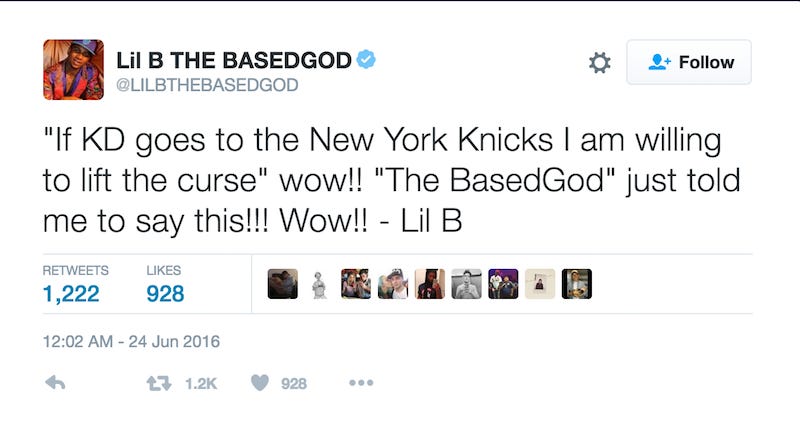 The NBA should just start mass producing Durant Knicks jerseys now, right? I mean I hear all the people saying why would Kevin Durant leave Russell Westbrook and the team that drafted him to play for a team owned by James Dolan. Or why wouldn’t Durant go home or play for the Warriors? Those people have clearly never had a curse placed on their head before. It’s probably the first thing Durant thinks about when he wakes up and the last thing he thinks of before bed. Like a bad stiff neck or a jinx. If Phil brings his 11 rings to the negotiating table and Lil B brings whatever voodoo dolls he has as well, I don’t think Durant leaves that room without signing a contract. What a 48 hours for Knicks fans. Time to bend the knee to the BasedGod, our new lord and savior.

I’m also happen we didn’t have to go with Plan B.