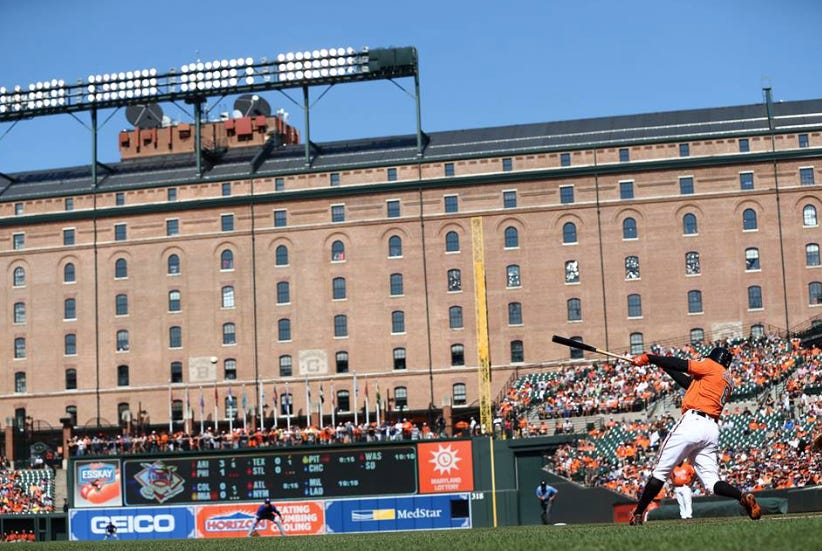 Seems like the A.L. East is forming into a three team race. The Orioles are 41-30 with a 1.5 game lead over Boston, and a 2.5 game lead over Toronto. New York is limping along and should be put down, and Tampa has one of the worst records in baseball. With Tampa Bay coming in, the Red Sox slumping hard, and one of the Blue Jays main  offensive threats on the DL, this is the time to pump this lead up, It’s only a matter of time before Boston gets going again, and the Jays get healthy. The O’s are maintaining this lead with their bullpen not at full strength, Manny Machado suspended, and with 2 MLB caliber starters. Not sure how they are playing this well, but they are only getting healthier, and will be getting some major pieces back. 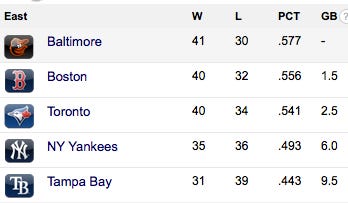 Baltimore went 5-4 over their last 9 games..and saw their lead in the division grow. Easily could have been a 3 or 4 game lead if they had won the games they should have, Texas on Monday and San Diego on Tuesday, but now they welcome 31-39 Tampa Bay to town. This should be a series where they find their groove, and should easily win at least 3 out of 4. J.J. Hardy is now back from his broken left foot, and back at his normal spot at shortstop, allowing Manny Machado, who returns from his 4 game suspension tonight, to slide back to third. Ryan Flaherty did an excellent job as a replacement at third while Hardy was hurt and Manny was at SS, but this is obvious, the Orioles are a much better team with Hardy and Machado in this lineup. 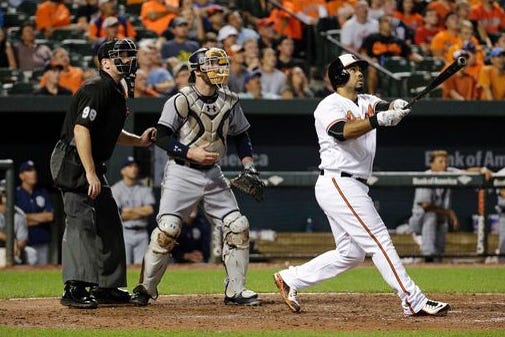 Baltimore went 2-2 without Manny, and it wasn’t really a big deal that his bat was missing, averaging 7 runs a game when he was out. As I said last week, it’s starting to heat up, the balls are flying out of Camden, Trumbo finally broke his HR drought and is tied for the league lead with 21. One guy who has picked up the slack lately is Pedro Alvarez. Alvarez had only 3 home runs coming into June, but has found his swing, hitting .314/.345/.686 with 6 home runs, and 13 driven in this month.

Yovani Gallardo made his first start since April 22nd, and did just enough to get the win. I was happy with his outing, the O’s need a fresh arm, and Gallardo can give it to them. His velocity was up since before he was on the DL, so that is obviously a good sign that his shoulder is feeling better, and maybe he was hurt when he was struggling early on. 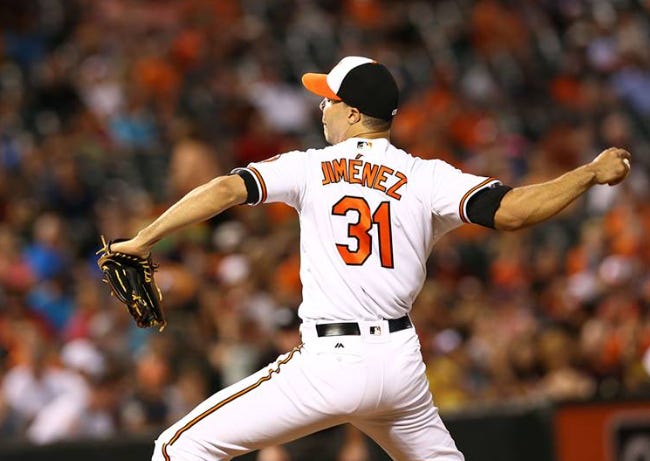 Arguably the most surprising part of the week was Ubaldo Jimenez throwing a quality start and getting the win against the Padres. Don’t wipe your eyes, don’t adjust your screen, you read that right. Jimenez didn’t look very sharp in his outing, missing his spots, nearly overthrowing a pitchout, but he got the job done. 6 Ip, 4 hits, 2 ER, 7 Ks, and 4 walks. His latest outing lowered his ERA from 7. 34 to 6.97. He still has a WHIP of 1.97, and opponents are hitting .321 off of him. 321!!!!!

Again, on paper, it doesn’t look bad, but if you watched, it wasn’t very good. Buck’s comments reflected that, calling it a “didn’t break” start, and wouldn’t commit to Ubaldo making his next start, and why would he? Them giving Ubaldo that start showed that they can keep going back to him, why not make a statement and keep him out in the pen, or skipping his start. 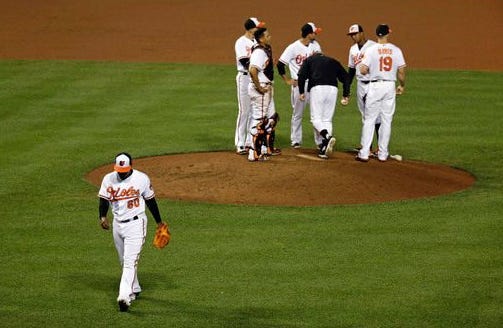 The bullpen’s recent struggles do worry me a bit. Mychal Givens had his worst outing of the year on Wednesday night as he melted down on the mound- 4 runs, 3 hits, and 2 walks without recording an out. He’s now given up runs in three of his last four outings. Brad Brach continues to make an All Star push, as he lowered his ERA to 1.11 in 40.2 IP. Zach Britton had a rough outing in a non-save situation on Wednesday, giving up 2 hits and 3 runs, even with that outing, his ERA is still a microscopic 0.88. Oliver Drake made his 2016 Orioles debut, after absolutely lighting it up in Norfolk, throwing 2 innings with 2 Ks for the Birds. It does look like some of the reliable guys are feeling the strain of Darren O’Day and Vance Worley being out. Need those guys back very, very soon. 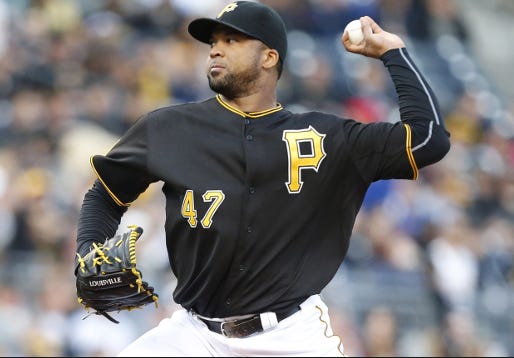 Rumors out there are that the O’s are interested in two lefty pitchers. The Pirates Francisco Liriano, and the Padres Drew Pomeranz. We talked about it all offseason, the O’s didn’t have a lefty starter, obviously, both these guys would fill that hole. Maybe a fresh face isn’t a bad thing for this rotation, with Mike Wright down in Norfolk, Ubaldo Jimenez hanging on by his teeth, I think either of these guys would be welcomed with open arms. They aren’t big names that the fans want, they aren’t flashy names either, but they can get the job done better than Wright or Ubaldo can.

Liriano and the Pirates are said to still be holding out hope for a winning season, so don’t expect anything to be done with Liriano anytime soon. He is in the middle of a dreadful season, 4-7 with a 5.17 ERA,  a 1.634 WHIP, 49 walks in 78.1 IP, but still holds a 9.2 K/9, that would be the highest by an Orioles starter by far. He walks a ton of people, but he is also missing bats, and is a lefty, things that the O’s are missing. Not sure what they would give up for him, but it can’t hurt to take a look. 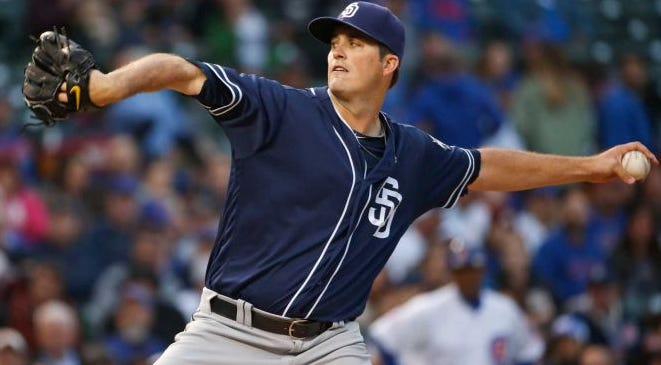