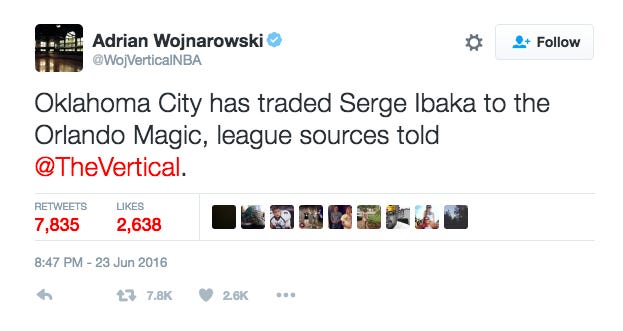 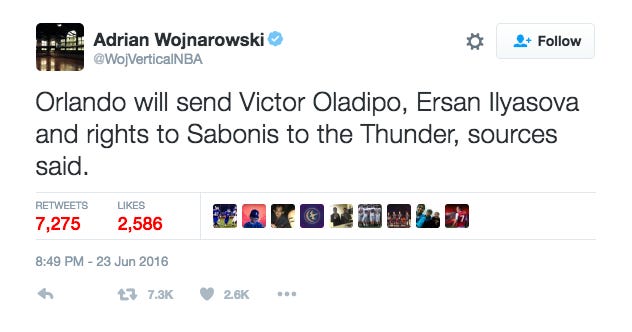 This is the Catch 22 for Draft Night Woj. He has “spoiled” every single pick by tweeting it before it has happened. But if you mute him, you have no idea about the Woj Bomb until somebody retweets it. And by then, it’s too late. You are already ash. I don’t know if Woj gets off by acting like he has a Marty McFly sports almanac from the future or something. But trust me Woj, we all realize you have more NBA sources than Chris Brousard, Stephen A. Smith, Varys, and Little Finger combined. Let us live!

Then again, I am spending my Thursday night watching Adam Silver’s mutant ass read names off a card. So it may be time to pump the brakes with the outrage.

As for the trade, I’d be remiss if I didn’t mention the obvious connection between the Thunder breaking up a core part of their team that almost made the Finals while also getting younger a day after the Knicks were blessed by Lil B with Kevin Durant ready to become a free agent. Are the two related? Some would say yes. Some would say definitely yes. Your choice.