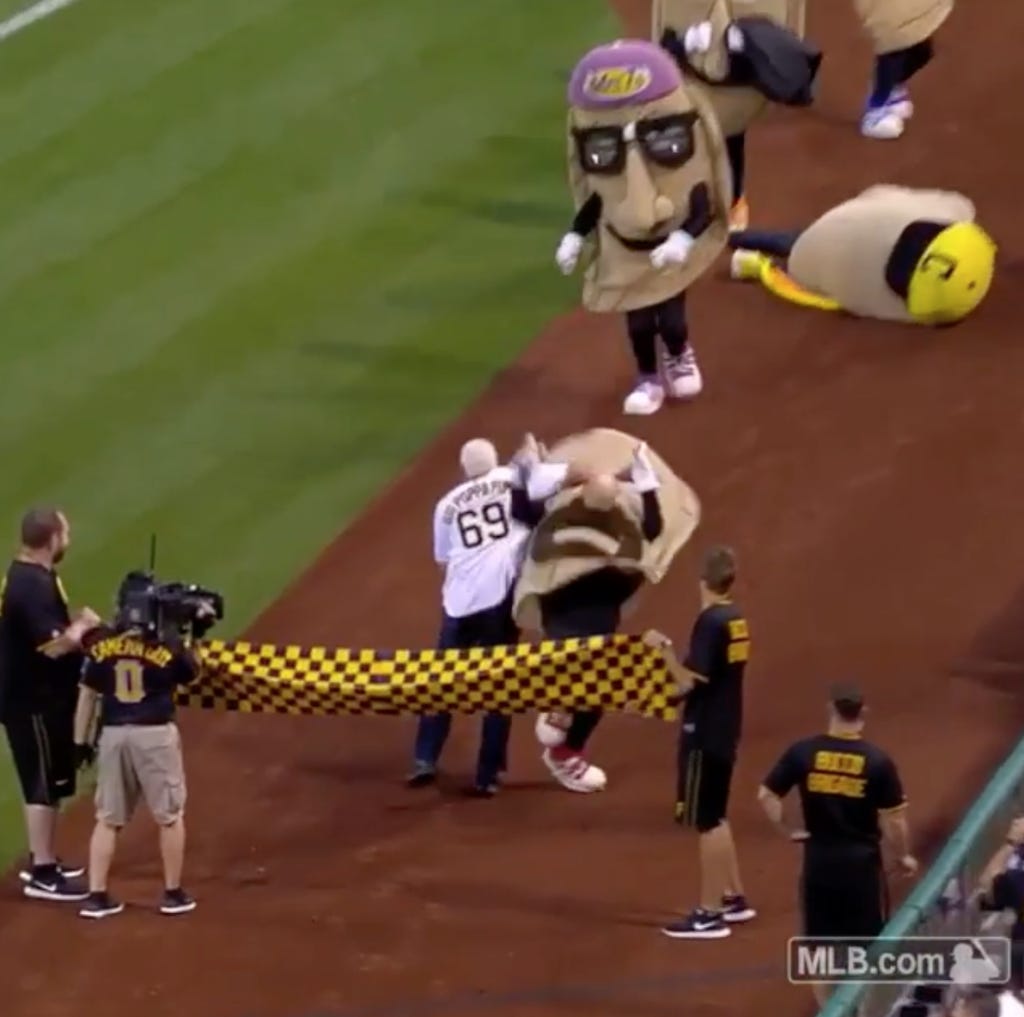 The Pirates have been sucking some serious ass lately. This was from last night, a game that they lost, and they already played another game today and lost that one, too. They’ve lost 13 out of their last 15 games to drop from 32-26 to 34-39 after today’s loss. When competitive baseball is no longer the reason to show up to the ballpark, who do you turn to? You turn to Big Poppa Pump, you turn to the Big Bad Booty Daddy, you turn to the Genetic Freak, you turn to Freakzilla, you turn to Scott Steiner. And when you pay him to show up, you pay him to do what he does best, and that’s decapitate one of the Pirates Pierogies. Also, shout out to the Pirates for giving him the number 69. The Big Booty Daddy wouldn’t have wanted it any other way.